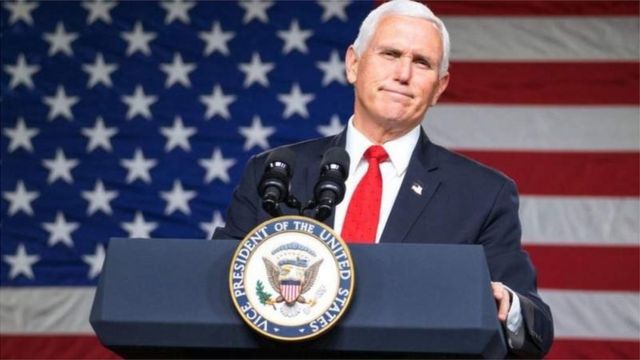 US Vice President Mike Pence on Tuesday told House leaders that he does not support invoking the 25th Amendment process to remove Donald Trump, but guaranteeing an impeachment vote against the besieged president.

Referring to the process that would declare Trump unfit to rest of the President’s term and install Pence as acting President, he wrote a letter to House Speaker Nancy Pelosi that said with just eight days left in the President’s term, you and the Democratic Caucus are demanding that the Cabinet and I invoke the 25th Amendment.

The letter said that Pence does not believe that such a course of action is in the best interest of the nation or consistent with our Constitution. Democrats mobilized rapidly to begin the process to remove Trump after he encouraged his supporters last Wednesday to march to the US Capitol and and protest against the election result.

The development comes days after Trump’s supporters stormed the white house and destroyed government property. A huge riot broke out in the Capitol when his supporters protested against US Presidential election result while the Congress was counting the Electoral College votes to certify his defeat to Biden. The riots claimed life of five people including a US Capitol Police officer.

The vice president’s letter came just hours before the House of Representatives was to vote on a resolution that calls on Pence to initiate the 25th Amendment process and declare what is obvious to a horrified nation: that the President is unable to successfully discharge the duties and powers of his office.