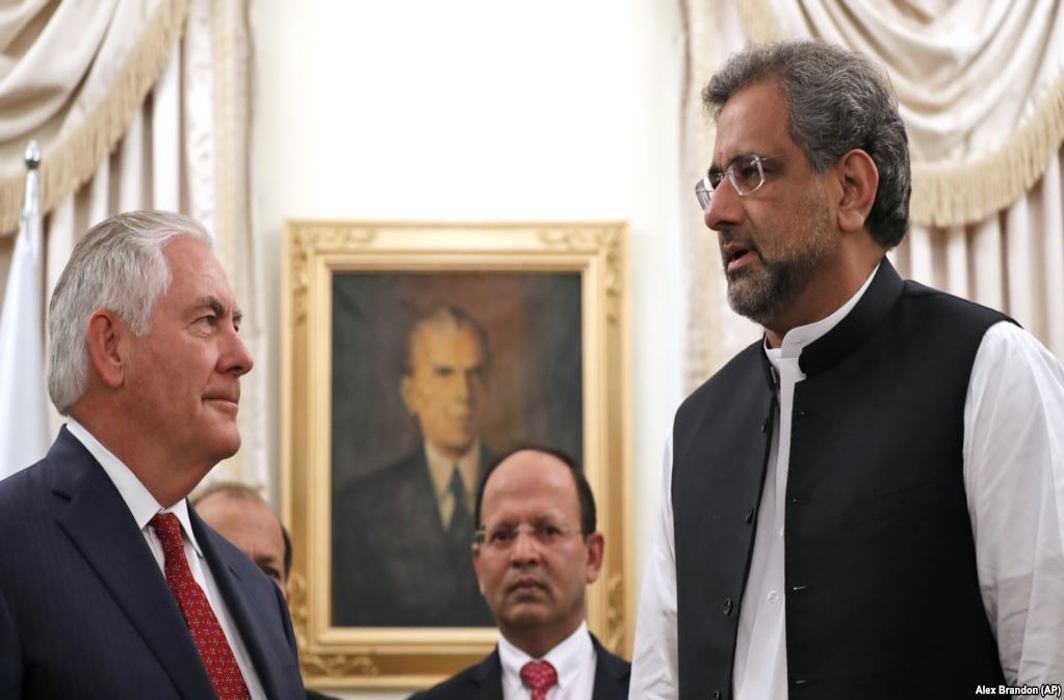 Rex Tillerson says Pak could lose control of its “territory”

The process of Trump’s new South Asia policy implementation seems to be deepening in Afghanistan and Pakistan. US Secretary of State Rex Tillerson has said that Pakistan could “lose control of its territory” if it does not sever ties with the Haqqanis and other terrorist groups.

According to Dawn report  written by Anwar Iqbal, from Washington, Tillerson, who issued the advice at a Washington think-tank earlier this week has now said that the militants who were focusing on Kabul “might one day” decide that Islamabad was a “better target”.

While addressing an event on “Meeting the foreign policy challenges of 2017 and beyond” organised by the 2017 Atlantic Council-Korea Foundation Forum, Tillerson said that Pakistan’s relationship with the Haqqani network needed to be altered.

He said, “I understand that this is a relationship that has emerged probably for, in their view, good reasons a decade ago, but now that relationship has to be altered because if they’re not careful, Pakistan is going to lose control of their own country.”

Secretary Tillerson said, “Pakistan has allowed so many terrorist organisations to find safe haven within its territories, and these organisations are growing in size and influence, that at some point I have said to the leadership of Pakistan, you may be the target, and they turn their attention from Kabul and decide they like Islamabad as a target better.”

On August 22, US President Donald Trump had announced that US would send thousands more troops to Afghanistan and called on Pakistan to “do more” to counter terror in the country and end its support to terrorist “safe havens”.

Rex Tillerson’s warning followed a Pentagon statement, which said the new US strategy for Afghanistan had “fundamentally changed the battlefield in favour of Afghan national security forces” and the Taliban militants were now on the retreat.

Pentagon argued that the change happened because new strategy was made it clear that US forces would stay in Afghanistan until they stabilise the country. Now policy has also given more powers to the American troops.

Trump administration has reiterated its calls to Pakistan to do more to destroy the terrorist safe havens in parts of the Federally Administered Tribal Areas (Fata). Islamabad has denied the charge vehemently.