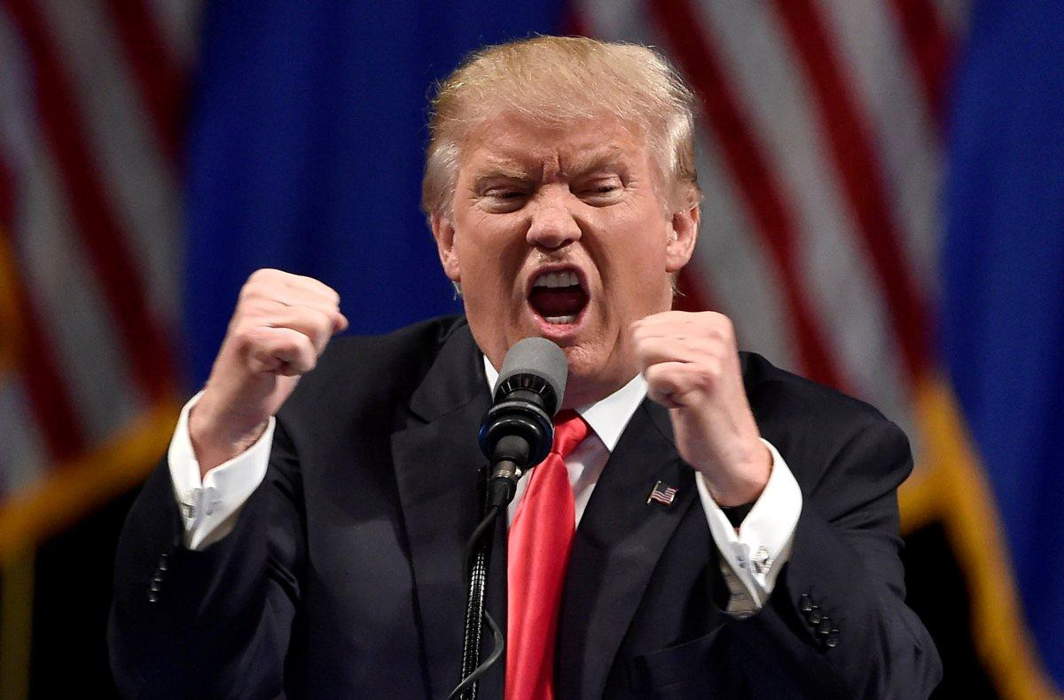 Exposing Washington’s obvious support to anti-Bashar al Assad elements in Syria,  U.S. President Donald Trump has, on Monday, warned Damascus and its allies Iran and Russia not to “recklessly attack” Syria’s rebel-held Idlib province, saying that hundreds of thousands of people could be killed in the operations.

President Bashar al-Assad of Syria must not recklessly attack Idlib Province. The Russians and Iranians would be making a grave humanitarian mistake to take part in this potential human tragedy. Hundreds of thousands of people could be killed. Don’t let that happen!

There have been several reports from Damascus and other regional capitals that Syrian President is preparing a phased offensive to regain Idlib.

Meanwhile Iranian foreign minister Javad Zarif met Syrian President Bashar al-Assad in Damascus on Monday. The two leaders said that Western pressure on Tehran and Damascus will fail to deter them from defending their principles, the interests of the two nations and the security and stability of the entire region.

Prior to his meeting with Assad, Zarif reportedly said that armed groups must be “cleaned out” of Idlib. Fars News Agency quoted him saying, “All of Syrian territory must be preserved and all the sects and groups should start the round of reconciliation as one collective and displaced should return to their families”.

He further said, “And the remaining terrorists in the remaining parts of Idlib must be cleaned out and the region should be placed back under the control of the Syrian people.” Zarif also met with Prime Minister Imad Khamis and foreign minister Walid al-Muallem.

Terrorists and their families belonging to Daesh (IS) and other anti Assad groups were transported from several other cities: Raqqa, Aleppo, Deir al-Zawr, Eastern Ghouta, Hama, Dar’a, al-Sweida and surrounding areas to Idlib during the military operations.  Russians mediated for safe transportation to their new destination.

People having no association with terror groups were given choice to move to refugee camps set up Syrian government. Others, obviously the families of the the militants opted to move to Idlib under the agreement.

According to Reuters, Idlib and surrounding area is the last major enclave held by insurgents fighting against the Assad government. There are reports of some three million people living in the besieged areas.

On Saturday, U.S. Secretary of State Mike Pompeo said that Washington views any government assault on Idlib as an escalation of Syria’s war, and warned that Washington would respond to any chemical attack by Damascus.

Turkey, which has long supported anti-Assad rebels, has cooperated with Russia and Iran on talks over Syria in recent years and has troops in the Idlib region on an observation mission.

Recently, Iran’s defence minister travelled to Damascus and signed an agreement for defence cooperation between the two countries with his Syrian counterpart.

US forces are stationed in northern Syria in obvious support to anti-Assad Kurdish elements. Washington has neither UN mandate nor invitation from Damascus for keeping soldiers in that country.

Meanwhile, Tehran based Press TV reports from Beirut that Sheikh Naim Qassem, Deputy Secretary General of Hezbollah has said that US, whose pro-terror policies have faced defeat in Syria, is in no position to call for the withdrawal of Iranian advisors and allied Lebanese resistance fighters, who have emerged as “victors” of the war against terrorists in Syria.

Hezbollah leader also hailed the achievements made by the Syrian army and its allies against US backed takfiri (a term used for Saudi-Wahabi influenced) terrorists.

According to Wikipedia, the US first supplied the rebels of the Free Syrian Army with non-lethal aid, but quickly began providing training, cash, and intelligence to selected Syrian rebel commanders.

During the Syrian Civil War, which began in 2011, two US programs attempted to assist the Syrian rebels. One was a military program that planned to train and equip 15,000 Syrian rebels, but was cancelled in 2015 after spending $500 million and producing only a few dozen fighters.

A $1 billion covert program run by the CIA was more successful, but was decimated by Russian bombing and cancelled in mid-2017 by the Trump administration.