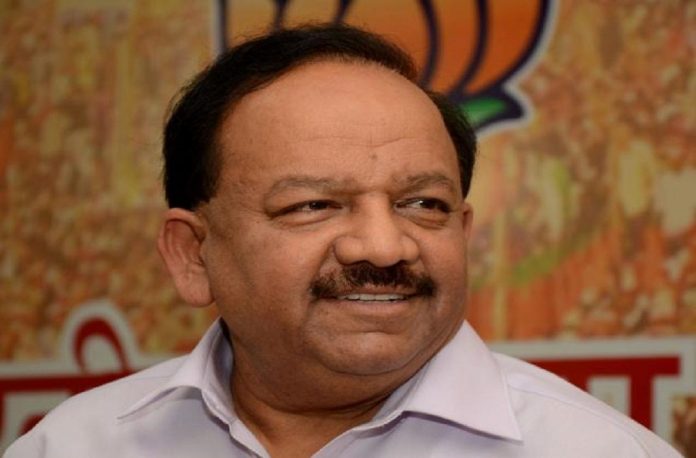 Union health minister Harshvardhan jhas said that it is difficult to predict when corona cases will hit the peak in India. India being a large country, he said the outbreak was heterogeneous in different states with respect to their vulnerability, the maturity of outbreak, and the number of confirmed cases.

He added that the outbreak was likely to peak at different points in cities and states, and the variety in implementation measures, including the proportion of people taking preventive measures, played a role in this. He said these factors made it difficult to say when a drop in new cases would take place.

Various experts across the duration of the outbreak, have said that a vaccine is direly needed for the world to go back to some normality in its operations. Asked about when a vaccine would be ready for use in India, Vardhan said that vaccine trials against Covid-19 were being fast-tracked globally.

He said the efficacy of India-made vaccines would be known by the year-end, upon completion of trials. Adding that the Oxford vaccine produced by Serum Institute of India was already being produced on a parallel end, he said this would reduce the time needed to market it.

The Health Minister said that the other two vaccines would require at least a month extra for production, and phased introduction in the market. He pointed out that if the vaccine trial results were successful, it could be “ready to use” by the first quarter of 2021.

Developed by Hyderabad-based pharmaceutical firm Bharat Biotech, the human trials of ‘COVAXIN‘ had started two weeks back and could be available by the end of 2020, Vardhan said.

He said the Serum Institute of India has informed that it was ready to begin human trials in India this month and was hoping to have the AstraZeneca vaccine available by the year-end. The ZyCoV-D from Zydus Cadila could complete its clinical trials in a few months too, he added.

Harsh Vardhan said that infections had come down in Mumbai and Delhi, despite high testing, adding that this was corroborated by  the downward trend in hospital admissions. He said the government was ahead of its set targets for Covid-19 testing, and said that the country’s case fatality ratio was controlled by effective containment, aggressive testing with contact tracing and standardized clinical management protocols based on a “holistic standard-of-care approach“.