Valentine’s Day 2021: 5 Bollywood romantic movies you can watch with your love

Spanning for over two and half decades, Aditya Chopra's Dilwale Dulhania Le Jayenge has been an Indian obsession. This cult has defined romance for many Indians. 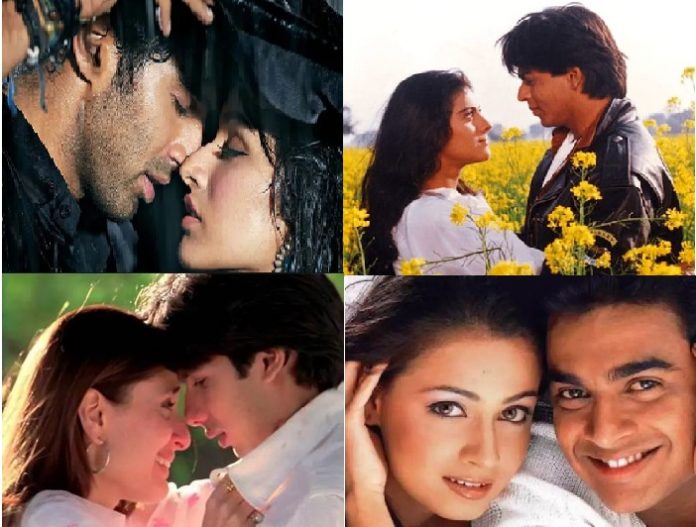 Love is in the air as Valentine’s Day is just around the corner. Some would have planned for candlelight dinners while others would have decided to take a long drive or outing with their loved ones to make the day memorable. And if you are among those who do not have plans or a significant other to make plans with, fear not. Grab a bowl of popcorn, snuggle in with your Valentine and watch a romantic film as there is nothing like the moments of cuddling and feeling the mushiness of Valentine’s day.

We have handpicked the best Bollywood romantic movies of all time, which will bring out sweet emotions and romance within you. Here’s the list:

Starring Dia Mirza, R Madhvan and Saif Ali Khan, the film redefined love with the perfect romantic drama and has become a cult classic with its evergreen melodious tracks. Although when it released, it was a flop. They called it a disaster, but after it got out from the theatres it slowly became iconic in nature. The reason being its innocent love story in the backdrop of youngsters especially engineering college students. The film is about a guy named Maddy played by R Madhavan who falls in love at first sight with a girl named Reena played by Dia Mirza. Maddy tries to woo her by changing his name to Rajiv, who is actually turns out to be fiance of Reena, played by Saif Ali Khan. The twists and turns make it a beautiful movie, so if you are in love, you will definitely fall head over heels with the couple and chemistry between them.

The film is a must watch for all die-hard romantic fans for its perfect portrayal of a string of emotions from love, laugh and heartbreaks. Directed by Imtiaz Ali and featuring Shahid Kapoor and Kareena Kapoor Khan in the lead roles, the film is certainly one-of-its-kind. The lead stars end up meeting on a train by chance and this is where the romance begins. From enjoying sassy-one liners of Geet played by Kareena to watching mature, intuitive and jilted Aditya played by Shahid, the film very well justifies the fact that love comes your way when you least expect it. The movie sequence, music and beautiful love scenes will surely touch the hearts of those in love.

The all-time blockbuster movie is intense, deep and emotional love story which is a must watch on Valentine’s day. It’s a heartbreaking yet beautiful story which will touch the core of your heart. Directed by Mohit Suri, the film stars Shraddha Kapoor and Aditya Roy Kapoor in the lead roles. The film describes a turbulent relationship between musicians Rahul and Arohi with a soulful and mesmerising soundtrack. Watching the excellent chemistry between the lead actors will make you want to clutch your partner and never letting them go. The songs like Tum Hi Ho, Sun Raha Hai among others became the love anthem of the year and continues to be till date.

Spanning for over two and half decades, Aditya Chopra’s Dilwale Dulhania Le Jayenge has been an Indian obsession. This cult has defined romance for many Indians. Starring Shah Rukh Khan and Kajol, the film’s story revolves around two strangers falling in love during a trip abroad. The film explores the spontaneity of love and what it means to fight for love against all odds. Through the beautiful landscapes of Europe to the lush green fields of Punjab, the film has reigned the hearts of not only Indians but has been popular internationally. The stellar performance and crackling chemistry of Raj and Simran will surely make you swoon with love this Valentine’s day.

The film highlights love between two individuals from different cultural backgrounds, and how the two overcome the odds and win the hearts of their parents for marriage. Directed by Abhishek Varma, the film stars Alia Bhatt and Arjun Kapoor. It is based on one of Chetan Bhagat’s bestsellers with the same title. The film showcases Krish, a Punjbai boy, who falls in love with South Indian girl, Ananya in college. After finishing their studies, they decided to get married and begin to persuade their parents to allow them to marry each other. The film is relatable as in India, they say marriages are usually not between people but families. Being a simple and sweet film, it would be worth watching this film with your lover as who knows it might muster your courage to get your parents convinced to get you guys married.

Shruti Haasan is an Indian playback singer and actress. She has acted in films in Hindi, Tamil, and Telugu.
Read more
Bollywood news

Speaking on BJPs meeting with Jat leaders at Parvesh Verma's residence in Delhi, the Samajwadi Party chief Akhilesh Yadav denied the buzz about a post-poll alliance between the BJP and the RLD's Jayant Choudhary. Imagine what condition they're in that they're sending invites, he said.
Read more
Load more