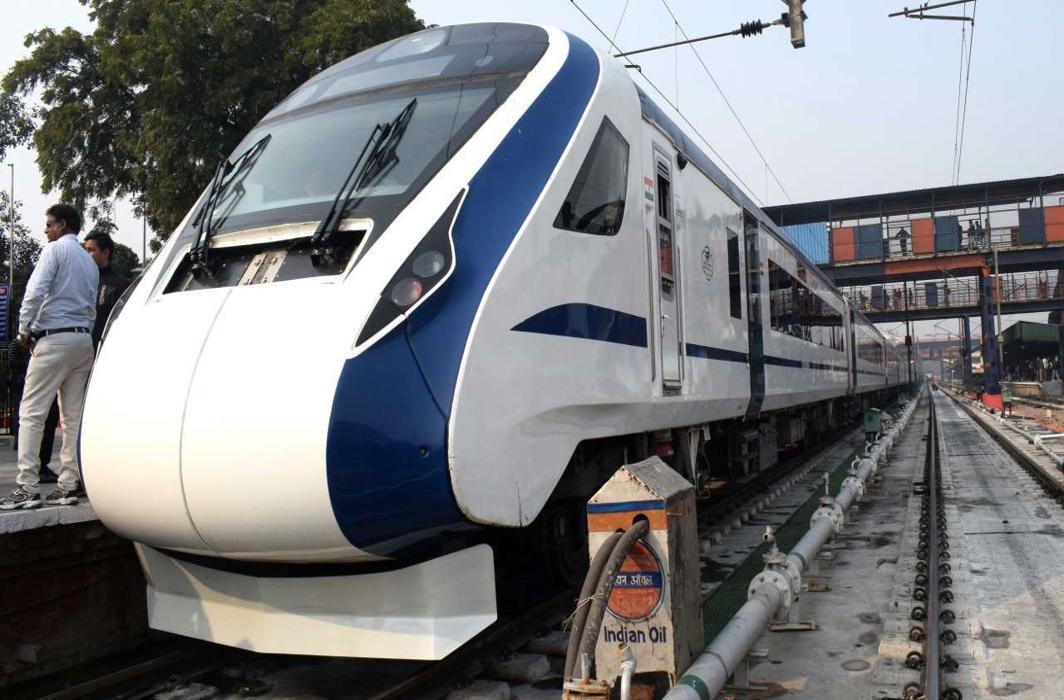 A day after India’s fastest train was flagged off by PM Narendra Modi, the Vande Bharat Express breaks down on Saturday morning, leaving it stranded.

The engine-less train, also known as Train 18, was returning from Varanasi after its inaugural run which broke down about 200 km from the national capital. It resumed its journey at around 8.15 am, railways said, after being at a halt for almost three hours.

According to railway officials, the train began making a “weird noise” early on Saturday morning after which its breaks jammed in one of the trailing coaches. Four coaches turned ‘dead load’, forcing loco pilots to halt.

They said that one of the possible reasons for the snag was the train hitting a cow on the tracks. The passengers on board, including railway officials and journalists, have been shifted to a different train.

The train was on its way back to New Delhi, from where it was launched on Friday. It is set to begin its commercial run from Sunday.

The engineers on board got in touch with principal chief mechanical engineer of the Northern Railway and the train has been restarted, officials said.

They further said that the return journey was taking place at night, which is not the normal run time as the train will operate during the day, adding that cattle runs and possibility of fog are higher at night.

Officials are likely to get the Train 18 to the nearest maintenance shed, if not New Delhi.

The engineless train, formerly known as Train 18, had rolled out of the New Delhi railway station at 11.19 am on Friday for its inaugural journey to Varanasi. It had hit a top speed of 130 km per hour in its first journey.

Speaking to reporters, Railway Minister Piyush Goyal had said that this train will offer a convenient experience to passengers and reduce travel time on the New Delhi-Varanasi route to eight hours compared to 13-14 hours other trains take for the trip.

APN Darpan: “Our Uttarakhand is not less than Romania and Switzerland”, says CM Trivendra Singh Rawat