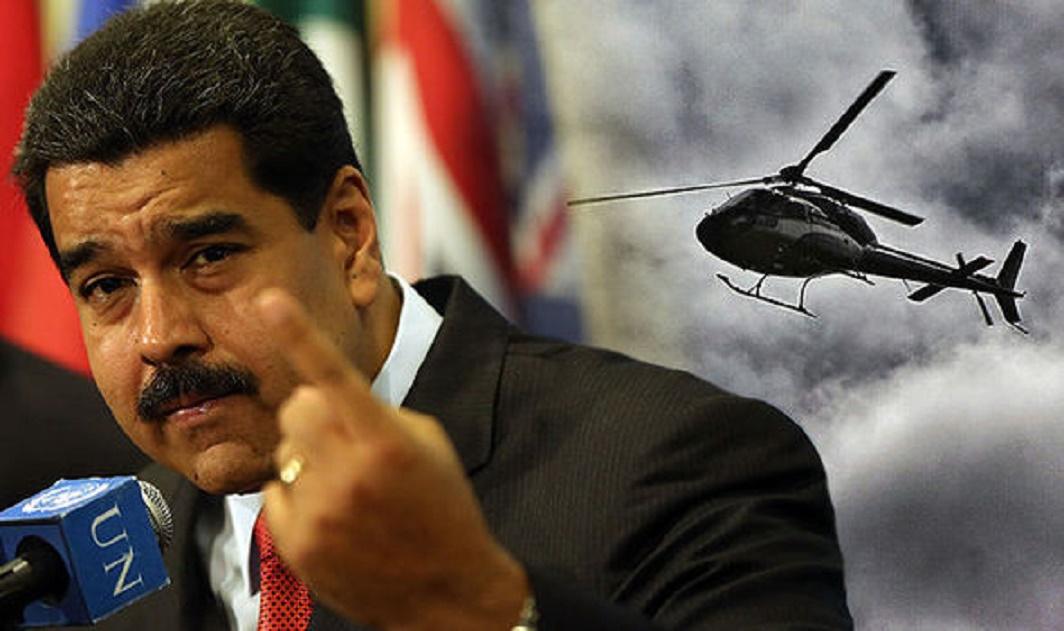 The Venezuelan President Nicolas Maduro has “activated” entire armed forces of the country to defend peace after the “terrorist attack” on country’s Supreme Court by a “stolen helicopter” on Tuesday. The attacker, supposed to be a police officer, claimed to be part of “a coalition of military employees, policemen and civilians” who was against the “criminal government”. No casualties were reported.

Venezuela is situated in the northern part of South America and its President Nicolas Maduro, who assumed office in 2013 by a decree, is considered to be pro-Russia. He is currently Secretary General of Non-aligned Movement as well.  Opposition protests erupted in the country in 2014 because of rising poverty, crime and decline of the socio-economic status.

President Maduro called the incident an attack by “terrorists” seeking a coup. He was further quoted as saying, “Sooner or later, we are going to capture that helicopter and those who carried out this terror attack.” He further disclosed that the pilot (of the stolen helicopter) had worked for former Interior Minister and Justice Minister Miguel Rodriguez Torres, but was no longer with him.

In the video footage on social media, a police helicopter is seen circling over Caracas before shots and a loud bang are heard.

The police officer who claimed to carry out helicopter attack and identified himself as Oscar Perez was seen in military uniform.  He was seen flanked by armed, masked men in uniform. He appealed to the Venezuelans to oppose “tyranny”. He also claimed, “We don’t belong to any political tendency or party. We are nationalists, patriots and institutionalists.”  He further revealed that the “fight” was not against the security forces but “against the impunity of this government. ..it is against tyranny”.

According to observers, the sight of a member of security forces dropping grenades on the Supreme Court and other government buildings is an extreme incident even by Venezuelan standards.

The incident has indicated that the security situation would worsen ahead of a highly controversial election in July over government’s plan to create a new constituent assembly.

More than 70 people have been killed in opposition protest related violence since April 1. The opponents claim to be determined to continue protests until fresh elections are called and the present government is ousted.

In 1992 Hugo Chaves was arrested for his failed attempt to overthrow President Carlos Andres Perez. He was eventually elected President in 1998. Chavez survived a coup attempt in 2002.