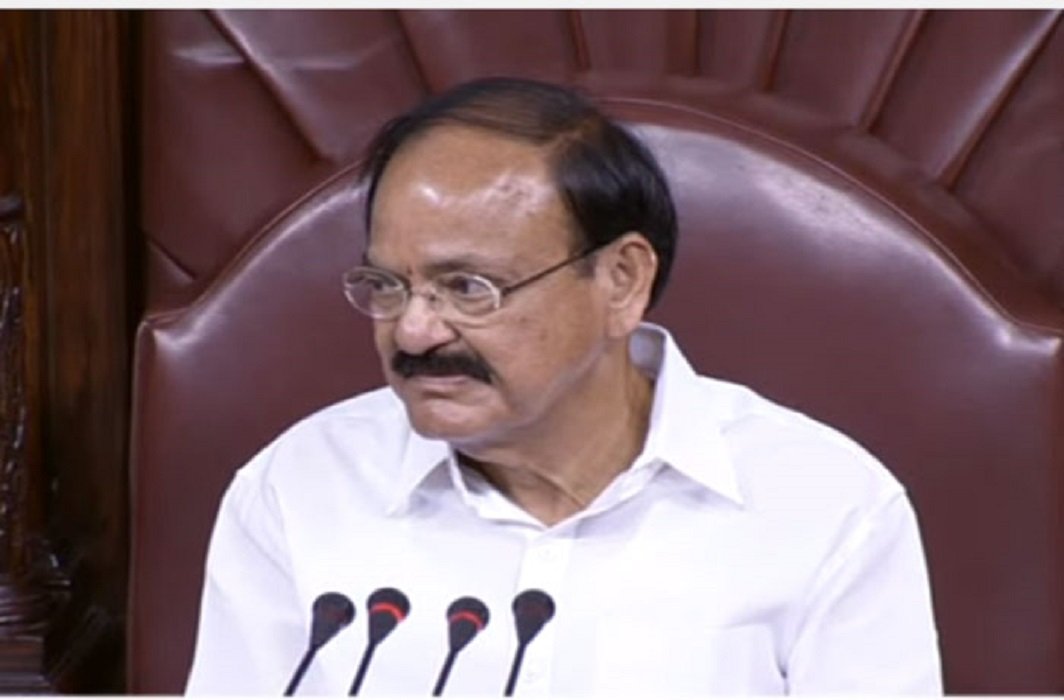 Naidu is also the ex officio chairman of the Rajya Sabha by virtue of being the vice president.

In his maiden speech as Rajya Sabha Chairman, Naidu spoke of the tendency across the country to obstruct and disrupt House proceedings. “This option needs to be immediately replaced by a quest for effective debates and discussion to resolve issues and finding solutions to the problems being faced by our people,” he said.

Seeking active cooperation of the members, he said, “All that we need to do is to do things differently and that is by intensely and passionately debating and discussing the issue rather than resorting to obstruction and disruption. I firmly believe in opposition having its say and the Government of the day, its way. This essentially means both the sides respecting and accommodating each other in the process.”

Prime Minister Narendra Modi joined the members of the Rajya Sabha in welcoming the Vice President as Chairman of the House. He said that Naidu is the first Vice President born in Independent India.

Recalling his long association with the new vice president, the Prime Minister said Naidu is always sensitive to the requirements of the rural areas, the poor and the farmers, and his inputs on these issues have been of immense value.

The Prime Minister said that the fact that people from humble, rural background, today occupy the highest positions in India, shows the maturity of Indian democracy, and the strength of India’s Constitution.

In a virtual reply to Modi, Senior Congress leader and Leader of Opposition Ghulam Nabi Azad said that contributions of not only the poor but even well-off persons like Motilal Nehru who gave up their riches for the freedom struggle should not be forgotten.

Members of the house accorded a warm welcome to Naidu while urging him to continue the practice of not allowing any bill to be passed in the din.

Leader of Opposition Ghulam Nabi Azad said that after attaining the position of the Rajya Sabha Chairman, for Naidu, his religion or party should now remain only in his mind and not in conduct.

“There is a tradition of this House that no bill is passed in din. That practice should be continued,” he said.

SP leader Ram Gopal Verma and Trinamool Congress leader Derek O’Brien also spoke on the same lines and expressed confidence that Naidu “will not commit a sin to pass any bill in the din.”

Many members also reminded Naidu of his sense of humour and the ability to coin witty acronyms.

“I hope that you would use this kind of wit because this House has sometimes been too dry and it looked like we are fighting each other,” Keshav Rao of TRS said.

While urging Naidu to continue his practice of using acronyms, O’Brien made an acronym of Naidu as ‘Now All India’s Dearest Umpire’.

CPI(M) leader Sitaram Yechury, in his last remark in the house, expressed confidence that Naidu will uphold the Constitution and do justice while presiding over the Rajya Sabha.

Leaders of smaller parties urged Naidu to ensure that every member in the house gets an opportunity to speak.

BSP to contest 2022 Assembly polls in UP solo, says Mayawati