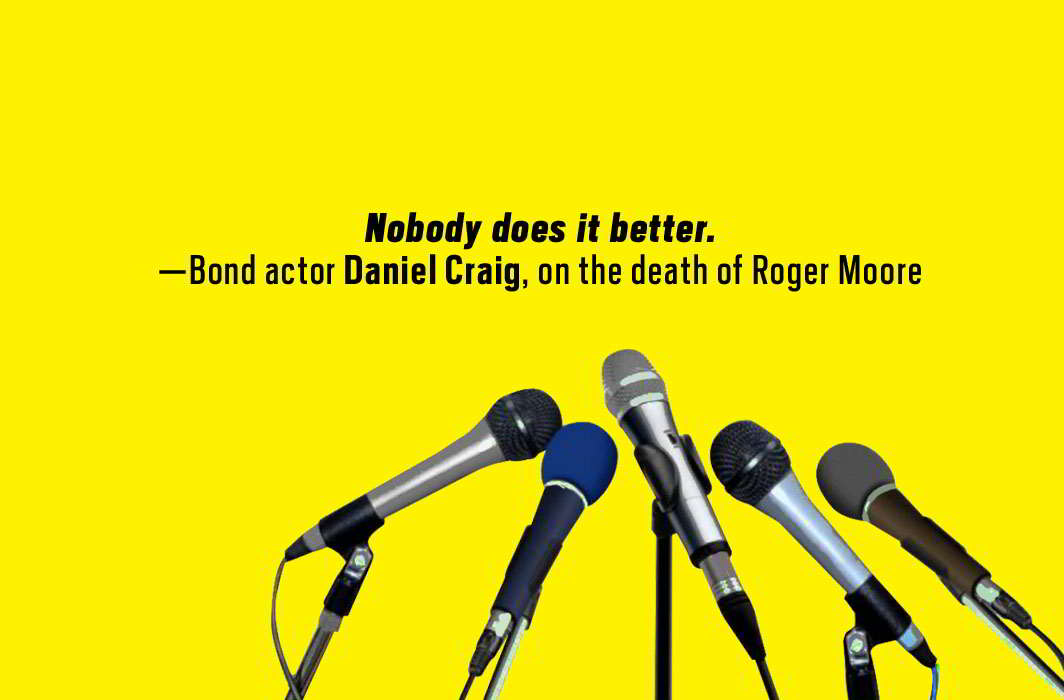 This attack stands out for its appalling, sickening cowardice—deliberately targeting innocent, defenceless children and young people who should have been enjoying one of the most memorable nights of their lives.

—British PM Theresa May, on the terrorist attack at a concert in Manchester

Nobody does it better.

—Bond actor Daniel Craig, on the death of Roger Moore

—Army Major Leetul Gogoi, defending his action of tying a civilian in front of the army jeep

Indian Army is taking preemptive and measured actions to counter terrorism in the Valley and disengage Pakistan posts across the LoC which support infiltration.

OBOR is very different from the ancient Silk Road. It’s not about free trade, it’s a trade enhancing measure by China.