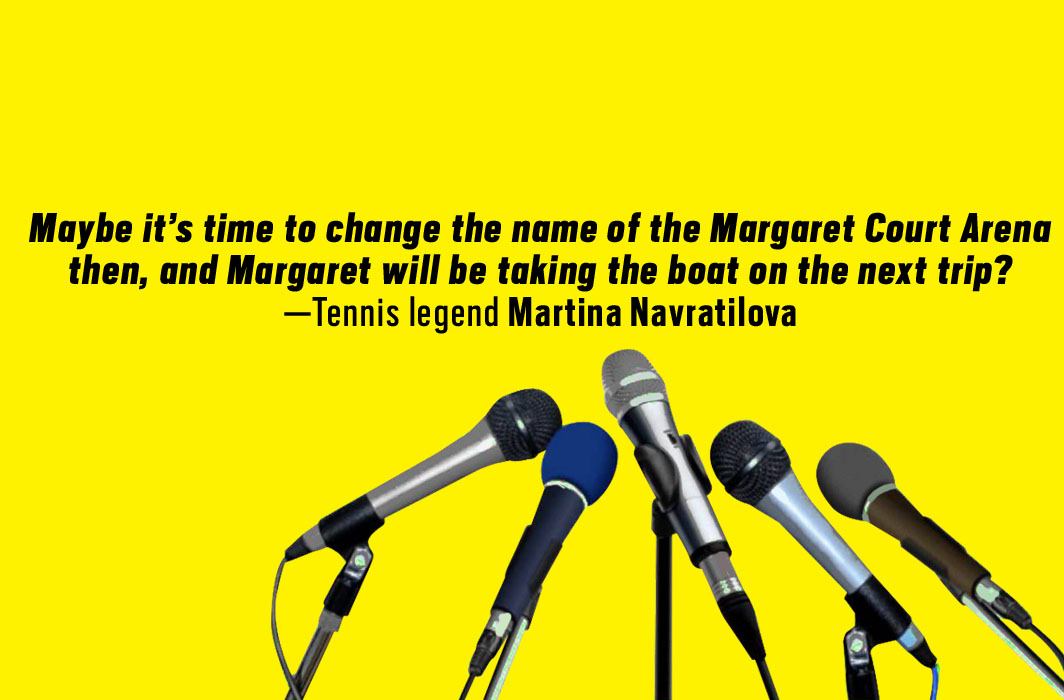 I could not have chosen a more appropriate country than India.

KPS Gill had good intentions but was wrongly advised by people around him.

Cattle slaughter becomes illegal at a time when manslaughter happens in the name of cow.

I did not attend the meeting because I had already discussed the issue with her and conveyed my party’s stand.

What could not be achieved in 70 years, the Modi government had done in three years.

—BJP president Amit Shah, on the three-year anniversary of the NDA government

Maybe it’s time to change the name of the Margaret Court Arena then, and I guess Margaret will be taking the boat on the next trip?