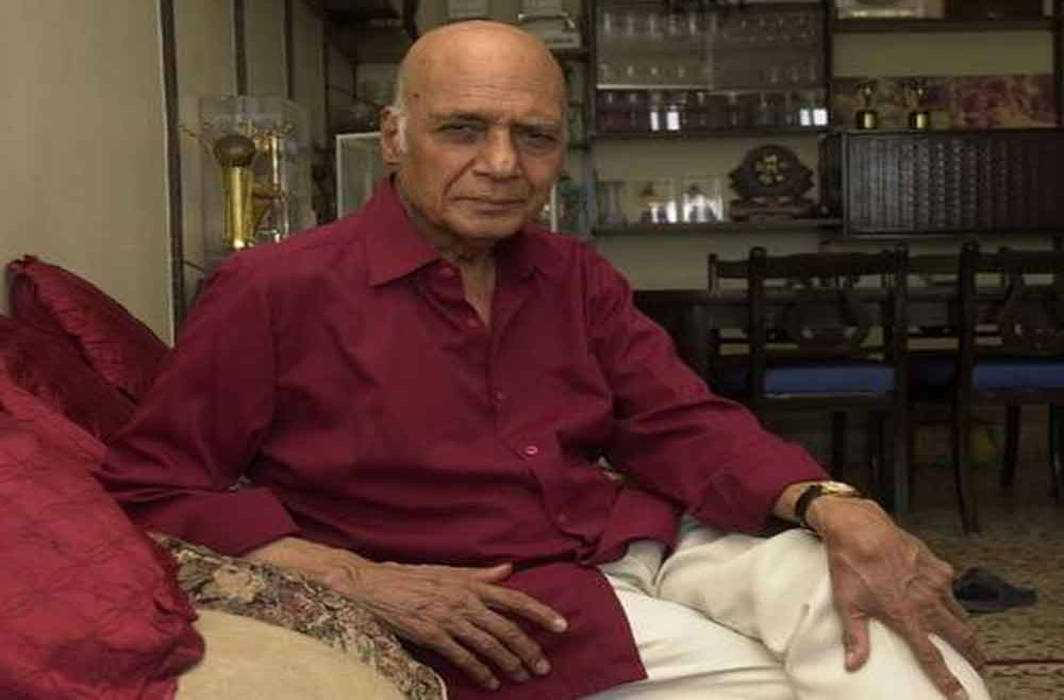 Veteran composer Khayyam, best known for his music in classic films such as Umrao Jaan and Kabhi Kabhie, passed away after a prolonged illness at a Sujay hospital on Monday (August 19). He was 92.

Mohammed Zahur Hashmi, popularly known as Khayyam, was admitted to Sujay Hospital in suburban Juhu a few days ago owing to breathing issues and other age-related illnesses.

“He was admitted to the hospital a few days ago owing to breathing issues and other age-related illnesses. He died at Sujay Hospital at around 9.30pm,” a family friend told PTI.

Khayyam’s mortal remains will be kept at his residential complex from 10 am onwards for people to pay their last respect. Thereafter, his funeral will take place with full state honour, the composer’s spokesperson said.

Prime Minister Narendra Modi took to twitter conveying his condolence, “India will remain grateful to Khayyam Sahab for giving us some of the most memorable compositions, which will be remembered forever.”

“He will also be remembered for his humanitarian gestures to support upcoming artists. His demise is extremely saddening,” he added.

Lata Mangeshkar also tweeted that Khayyam’s demise is the end of an era in music.

“Great musician and a man with a kind heart, Khayyam sahab isn’t with us anymore. I am so saddened to hear this, I can’t put it in words. With Khayyam sahab, an era of music has ended. I offer my humble tribute to him,” she wrote.

The iconic singer said though she loved working with Khayyam, she was also scared because he was a perfectionist.

“Khayyam sahab would treat me as his younger sister. For me, he used to make his special songs. I loved working with him but would also be a little scared because he was a perfectionist. His understanding and knowledge of Shayari was exceptional,” she tweeted.

Megastar Amitabh Bachchan remembered the music veteran as “a soft-spoken, amiable soul”, who contributed to his several films, including ‘Kabhi Kabhie’ and ‘Trishul’.

Umrao Jaan director Muzaffar Ali remembered Khayyam as a “storehouse of feelings, emotions and music”. Going down the memory lane, the director said it took Khayyam and him almost two years to create music for the film, 1982 classic.

“Day in, day out, I used to go to him. He used to stay at my house. It was an evolution of music. Today, no composer, director or producer will spend so much time on making the music. We left no stone unturned for this film’s music,” Ali said.

The musician’s other notable works include films such as “Trishul”, “Noorie” and “Shola Aur Shabnam”.

Four years later, he was conferred the Padma Bhushan, the country’s third highest civilian award. In 2016, the veteran composer established Khayyam Jagjeet Kaur KPG Charitable Trust and pledged to donate his entire wealth to the trust to support budding artists and technicians in India.