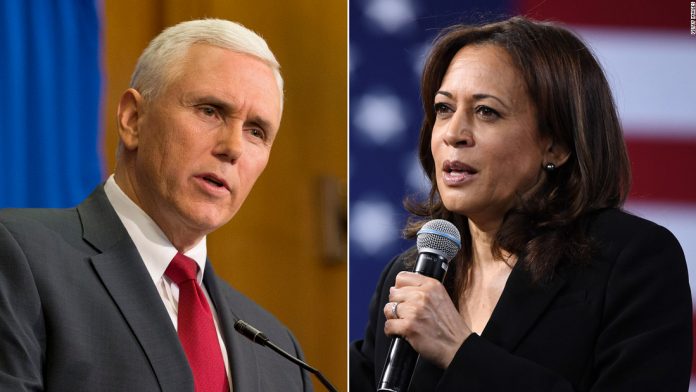 Vice Presidential debate between Kamala Harris and Mike Pence is the most important event in history as it comes when US president is ill with COVID 19.  In the debate held on Wednesday night in Utah, vice president Mike Pence was more polite than President Donald Trump was last week.

Harris, famous for her sharp questioning of Trump nominees in senate committee hearing tried to play it safe. The topic of the debate revolved around Trump where Harris put a question mark on the Government’s record on pandemic and Pence was seen defending the President at every moment.

Here are a few takeaways from the vice presidential debate 2020:

Harris started with a firm stricture of the Trump government’s dealing of the coronavirus pandemic, pointing that more than 7 million have contracted, and 210,000 people have died from the disease.

He argued, how it was the greatest failure for the presidential administration in the history of the United States. She stated that Trump deflated the fatality of the virus, and the on-duty workers are given treatment like ‘sacrificial workers.

She said, “existing presidential administration is incompetent, and it might be the only issue that matters the most in the 2020 election.”

No response on health, transfer of power

Neither Harris nor Pence gave clear answers when the discussion went on the transfer of power and the president’s health. Both delivered a response to the issue and ran out the clock.

When Pence was asked about the transfer of Trump’s presidential power after he was hospitalized with coronavirus, instead of giving information about the conversation, he took all his time explaining the situation during a swine flu outbreak in 2009.

When the question was raised whether a president should be transparent about his health, Pence quickly changed the flow of discussion by expressing thanks on behalf of Trump for the outpouring of support during his fight with COVID.

Harris again attacked Trump for not disclosing his tax returns when she was asked whether the President should be transparent to Americans about his health or it is a personal matter.