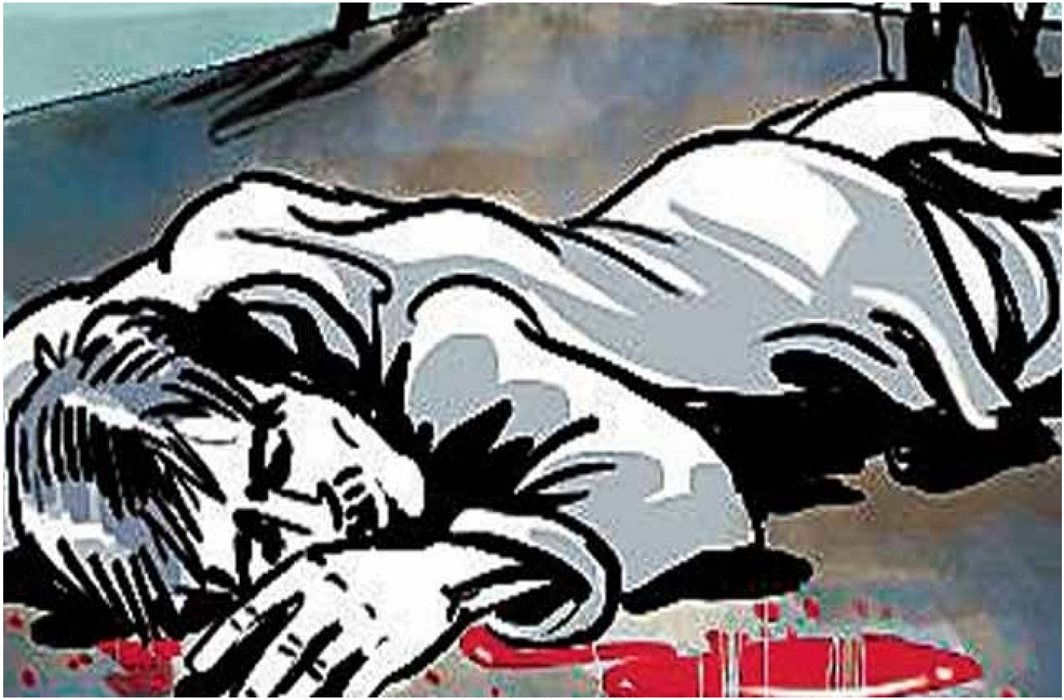 A 35-year-old journalist, Sandeep Sharma, was crushed to death by a truck in Bhind, Madhya Pradesh (MP), on Monday, March 26 morning.

Sharma, who was working for News World channel, had exposed the nexus between police and the sand mining mafia in Chambal region. He had filed a complaint with the police and sought protection mentioning imminent threat to his life from a police officer after the ‘sting operation’ in which an audio conversation of the officer in question was aired by his channel.

In the letter seeking police protection, Sharma had accused a Sub-Divisional Police Officer (SDOP) of being hand-in-glove with those engaged in illegal sand mining. The officer was transferred, said media reports quoting sources.

Sandeep Sharma, 35, was on his way to the Press Club at Bhind on his bike when a dumper coming from behind swerved towards him and hit him. He died on the spot. The dumper driver sped away after the incident.

“Chilling CCTV footage of moment when Journalist Sandeep Sharma was run over by a truck in Bhind. He had been reporting on the sand mafia and had earlier complained to Police about threat to his life” reported ANI.

#WATCH:Chilling CCTV footage of moment when Journalist Sandeep Sharma was run over by a truck in Bhind. He had been reporting on the sand mafia and had earlier complained to Police about threat to his life. #MadhyaPradesh pic.twitter.com/LZxNuTLyap

Sharma is survived by his wife; two children aged 14 and 15 year. His brother died fighting terrorists in Kashmir on April 22, 2004, said a Times of India report.

Bhind SP Prashant Khare said an offence under Section 304 (A) (causing death by negligence) has been registered in connection with the death, reported The Indian Express (IE). He said the police have formed a Special Investigation Team (SIT) to probe into the incident. Khare said the truck involved in the accident has been seized and they are looking for the driver who fled after the accident.

Congress leader Jyotiraditya Scindia, meanwhile, demanded a CBI inquiry into the incident. “He was killed in broad daylight. Nothing less than a CBI inquiry should be done. Media is the 4th pillar of democracy and that is being crushed under BJP’s rule,” Scindia was quoted as saying by ANI.

Local journalists alleged it was a case of murder as Sharma had exposed the nexus between police and the mafia. They said he had been facing threat to his life for quite sometime now due to the exposes.

Sharma had submitted a letter to Bhind superintendent of police Prashant Khare in November last year, citing threat to his life from a sub-divisional officer of police and the mining mafia. He had expressed apprehensions that he would either be killed in a road accident or implicated under false charges, said a report in The Hindustan Times (HT).

Sharma had carried out a sting operation in July-August last year that was aired by his channel in October. The SP had shifted some police officers and personnel after the sting was aired, but no disciplinary action was taken against them. Also, no security cover was provided to Sharma even after the threat perception, local journalists said, according to the HT report.

“He was an honest journalist. He exposed how police in the district are hand-in-glove with the mining mafia. First SP Anil Singh Kushwaha and then SP Prashant Khare took action against some police officers and personnel after the sting clip went viral on social media. After that, he started receiving death threats,” said Satyanarayan Sharma, president of Bhind Press Club.

Sharma said that CCTV footage accessed by police clearly showed the empty dumper following the victim for quite some time before hitting him and running over him.

Bhind SP Khare said, “We are investigating the matter. The CCTV footages have been accessed. Police are also interrogating eye-witnesses. I can’t say right now whether it was an accident or murder. This will be clear after investigation.”

This was the second case in two days of a journalist being killed. Earlier two journalists were killed in Bihar on Saturday night. They were run over by a village council head and his men in Bhojpur, around 80 km from Patna. Navin Nishchal, who worked for Dainik Bhaskar, and his colleague Vijay Singh, were on a bike when they were hit by a car.