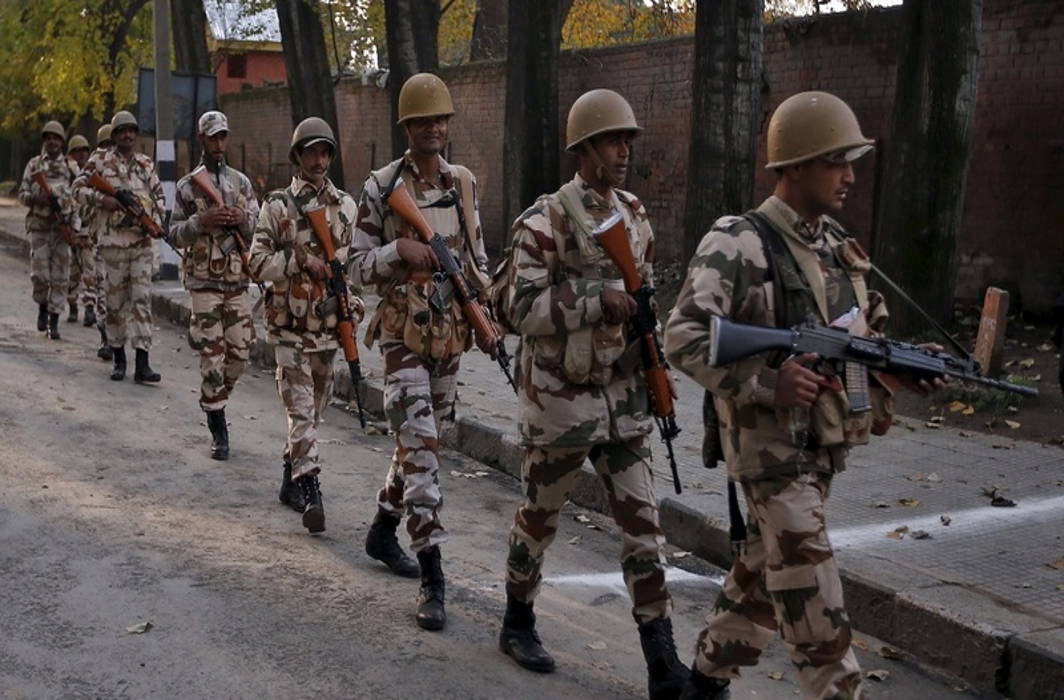 On September 18, 2016, Pakistan-based terrorists entered the Army headquarters in Uri killing as many as 20 Indian soldiers before being eliminated. As public outrage in India grew, cross-border strikes were cleared by PM Narendra Modi. The then Defence Minister Manohar Parrikar, NSA Ajit Doval, then Army Chief Dalbir Singh Suhag and Northern Army Commander DS Hooda in consultation with other security agencies planned out these covert strikes.

Now after 21 months of Indian Army’s surgical strike against terrorists in Pakistan occupied Kashmir (PoK), the video clip of the operation has been released. The emerged videos clearly show the targets before and after the strikes.

According to reports, the videos shot from drones and a helmet-mounted cameras also recorded the geospatial (denoting data that is associated with a particular location) location of targets. Several news channels were running the video footage which showed how terrorists were killed and their launchpads and bankers were destroyed, new agency ANI reported.  Many channels, running the videos claimed that they were provided to them by official sources and were taken from Unmanned Aerial Vehicles (UAVs) and Thermal Imaging (TI) cameras.

“The videos are real. I can confirm that” the Indian Express quoted Lt General DS Hooda (retd), who was in-charge of the surgical strikes, as saying.

“When the surgical strikes happened, my view was that the videos should have been released as proof. It is good that they have come out now,” Hooda added further.

The Indian Army had carried out surgical strikes against terror launch pads in Pakistan occupied Kashmir on the intervening night of September 28-29, 2016

On September 29, 2016, a crack team of the Indian Army crossed the border and struck at least 4 terror launchpads some of which were collocated with the Pakistan Army facilities.

One frame shows Pakistan Army regulars. The next one shows an entire area being destroyed by an area denial weapon. The then DGMO Lieutenant General Ranbir Singh announced the news of surgical strikes public in the afternoon of September 29, 2016, India Today TV reported.

Singh had claimed that Army’s 4 and 9 Special Forces battalions had conducted the strikes across the border along with the LoC.

He clarified that he used the word “farzical” for the government, adding that there has been no improvement in the ground situation even after the surgical strike.

The senior journalist and a member of the BJP, Shourie was attending the book launch of ‘Kashmir: Glimpses of History’, written by Congress leader  Saifuddin Soz, who stoked a controversy by saying if given a choice, the people of Kashmir will choose independence.

When asked about the current situation in Kashmir, Shourie said sooner or later, the people of India will realise that the unrest in Kashmir affects the entire nation and not just the people of Jammu and Kashmir.

Congress- BJP in a war of words

Congress party on Thursday came out all guns blazing against the Bharatiya Janata Party (BJP) government and said the present government is trying to take benefit out of the Surgical Strike by the Army and convert it into a vote bank.

The nation needs to be cautioned that whenever Modi govt starts failing, whenever Amit Shah ji's BJP start losing, they misuse the valour of the Army for their political benefit: Randeep Surjewala, Congress pic.twitter.com/2QbLbfdoxY

“Modi govt is exploiting the slogan of ‘Jai Jawan Jai Kisan’ & trying to win votes through Surgical Strike. The nation wants to ask them did Atal Bihari Vajpayee & Manmohan Singh boast of the success of Army operations during their tenure, just like them,” asked Surjewala.

Addressing a press conference in New Delhi, Randeep Singh Surjewala said that instead of giving credit to the army, the BJP is trying to derive political mileage from it by crediting PM Modi.

Surjewala charged that while on the one hand the Modi government is seeking credit for the sacrifice and valour of the armed forces, on the other it has failed to provide direction and vision to deal with Pakistan .

He also accused the government of meting out “step-motherly treatment” to the armed forces by not providing them with state-of-the-art equipment and slashing their budgetary allocation.

The BJP hit back at the Congress party, on Thursday, Subramanian Swamy questioned that how Surgical Strike video was exploiting people’s sentiments in BJP’s favour?

“Just because they (Congress) can’t produce such videos, because there’s none, we shouldn’t do it too? How’ is this exploiting people’s sentiments in BJP’s favour? If you did it, why did you hide it? It’s just like the old saying, grapes are sour,” Swamy said, reported news agency ANI.

Union Minister Kiren Rijiju also hit out at Congress and said that the party’s language was of those who want to divide the country. “How shameful that the Congress party was first asking for proof of surgical strike from the Army and now they are doing politics over it,” Rijiju said.

Delhi violence: Rs 10 lakh compensation to families of those who have died, says Arvind Kejriwal

No instructions given to banks on pulling out Rs 2000 notes: FM Nirmala Sitharaman

Delhi violence: Rs 10 lakh compensation to families of those who have died, says Arvind Kejriwal

No instructions given to banks on pulling out Rs 2000 notes: FM Nirmala Sitharaman