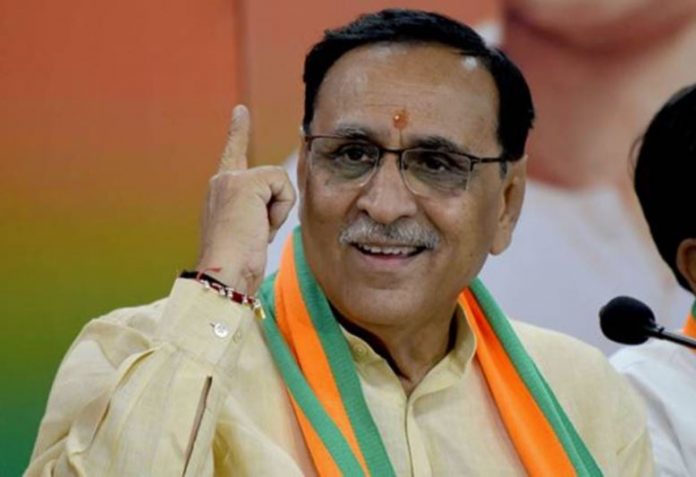 Gujarat Chief Minister Vijay Rupani resigned from his post on Saturday. He has submitted his resignation to Governor Acharya Devvrat. Rupani became chief minister on August 7, 2016 after Anandiben Patel, who is now the Uttar Pradesh Governor.

The resignation comes ahead of the Assembly elections to be held in Gujarat next year.

Speaking with reporters on his unprecedented exit from the top post, Rupani said his resignation is in accordance to the BJP’s tradition of providing all party workers an equal opportunity.

BL Santhosh, the BJP organisation secretary, was camping in Ahmedabad to select the next CM, who is most likely to be the replacement for the time-being.

It must be remembered that Prime Minister Narendra Modi had been moved as Gujarat Chief Minister a year before the 2002 Gujarat Assembly elections in October 2001 to replace Keshubhai Patel. The events of February 28 and March 1, 2002 in Gujarat saw Modi winning that election, along with his invoking the James in the name of the then Election Commissioner J.M. Lyngdoh.

Last year, Dhaval Patel, the editor of the Gujarati website Face of Nation, was arrested for sedition for just mentioning that Rupani may be asked to quit. His prophecy has come true today without any inkling among the mainstream media either in Gujarat or elsewhere that Vijay Rupani had crossed over to the liability side of the balance sheet for the BJP.

Praful Khoda Patel, Mansukh Mandaviya and CR Patel are the three names in the race to become the next chief minister of Gujarat.

Rupani is the BJP’s 4th Chief Minister to resign this year as the Uttarakhand CM Trivendra Singh Rawat stepped down in March, followed by Tirath Singh Rawat’s exit four months after replacing the former and the BJP veteran BS Yediyurappa’s resignation also comes as Karnataka CM in July.