Vikas Dubey gets ‘caught’ while praying at MP’s Mahakal temple 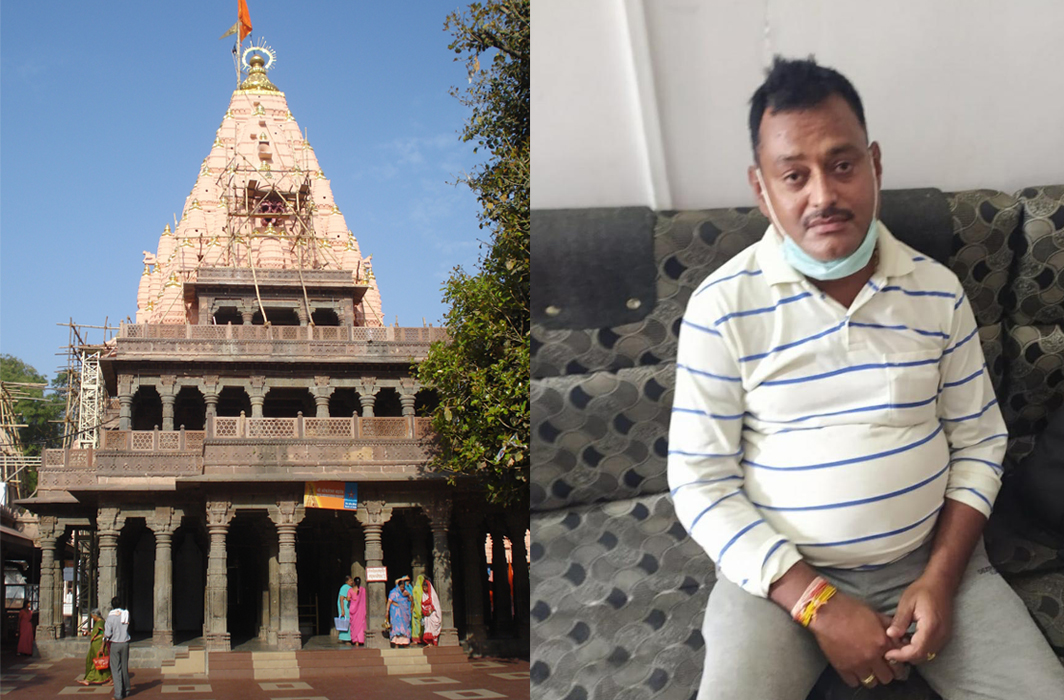 Following a 5-day chase, dreaded gangster ‘surrenders’; has managed to avoid a UP police ‘encounter’ so far

Gangster Vikas Dubey, the dreaded criminal from Kanpur, who had been on the run since shooting down of 8 UP policemen in Bikru village near Kanpur on July 3, was today (July 9) arrested at Mahakal police station in Madhya Pradesh’s Ujjain this morning.

This information was confirmed to the media by the Inspector General (IG) of Police, UP Special Task Force, Amitabh Yash. This was a ‘surrender’. Yash said Dubey himself went to the police station to surrender and got arrested.

Technically, though, it was ‘catch’ by Madhya Pradesh police, with Dubey probably fearing that he would be immediately eliminated in an ‘encounter’ if UP police found him first. There remains the fear, according to some legal experts, that there could still be an ‘encounter’ killing while the handover takes place – from MP police to UP police.

Madhya Pradesh minister Narottam Mishra was quoted as saying by news agencies: “It is a big success for the police, Vikas Dubey is a cruel killer. Whole Madhya Pradesh police were on alert. He has been arrested from Ujjain Mahakal temple. We have informed Uttar Pradesh Police.”

This, the place of arrest is slightly in variance with what the police officer said (the police station adjacent and not the temple proper), but that this was made possible through intense negotiations with MP police, was clear.

The story that has been obviously constructed was that Vikas Dubey was in the Ujjain Mahakal temple, buying flowers to offer prayers. He was identified by the shopkeeper, who immediately alerted the security guards. Dubey was questioned when he came out after having done his puja.

It is said that Dubey first produced a fake ID card of a much younger man, which the security personnel did not fall for. He was prodded further when he hit out at the guards. At this the guards dragged him to the police station.

When the police use tough tactics, Dubey allegedly shouted: “Main Vikas Dubey hoon, Kanpur wala.” That was when he was packed up in a police van

According to Ashish Singh, Ujjain collector, the gangster is undergoing interrogation.

Dubey’s trying to avoid UP police was understandable. Not only had he been the main man in the shootout that killed 8 UP police personnel, his connections within UP police (who had tipped him off, so he could escape) are also now behind bars. Also two of his close aides were killed in separate encounters in UP. His closest aide, Aman Dubey, was killed yesterday.

“It is a big success for the police, Vikas Dubey is a cruel killer. The entire Madhya Pradesh police force was on alert. He has been arrested from Ujjain Mahakal temple. We have informed Uttar Pradesh Police,” said Narottam Mishra, Madhya Pradesh Minister.

Dubey has a history of over 60 criminal cases, including murder, kidnapping, extortion and rioting. On Wednesday morning Dubey was ‘seen’ trying to check into a hotel in Faridabad near Delhi.