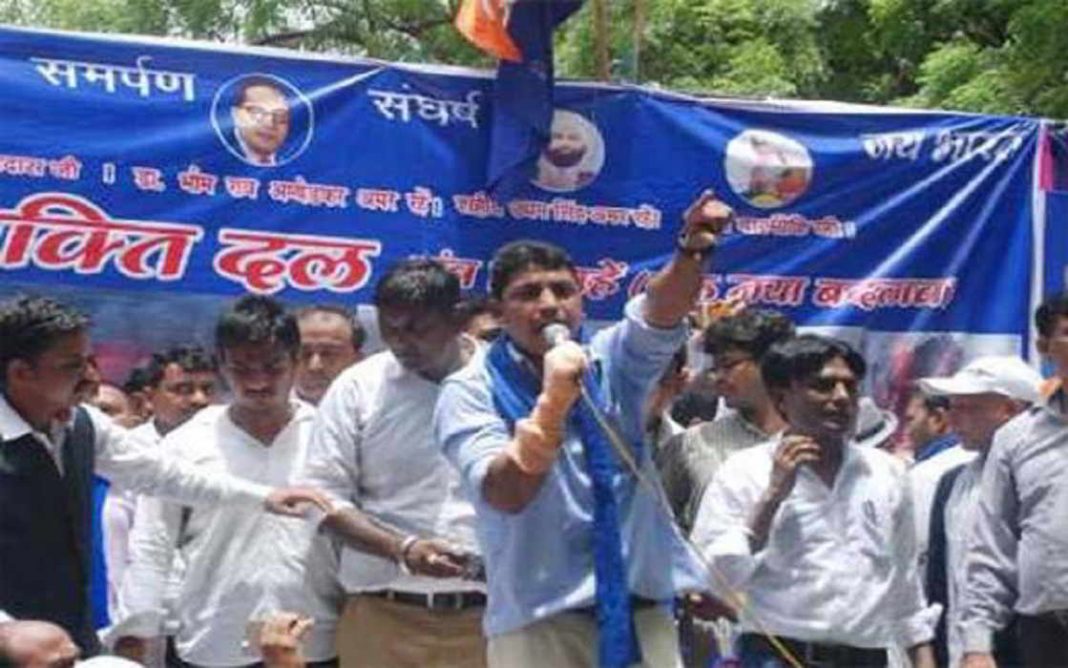 Violence returned to Saharanpur on Tuesday, with members of the two communities – Thakurs and Jatavs – clashing after the visit of Bahujan Samaj Party chief Mayawati in Chandpur.

The cycle of violence has not come to a standstill in Saharanpur. But it has flowered in Dalit assertion. Led by the Bhim Army in this part of Uttar Pradesh, it is finding resonance in other parts, notably in Gujarat which had seen Dalit mobilisation after cow vigilantes flogged six Dalits in Una for skinning dead cows.

The upsurge, that has followed the rise of Hindutva politics in the country and in the state and is, at least, partly in reaction to it, is also an indication of how disconnected BJP’s rivals – even that party of the Dalits, the Mayawati-led BSP – are with society and the issues faced by different sections comprising it.

Floundering for ways to counter the BJP, they missed the stirrings in Dalit society. Small wonder, then, that those engaged in this ‘uprising’ assert they are not with any political party, have no political affiliations. But Delhi did colour Blue on Sunday. Barring a few websites and newspapers, the nation’s media chose to not cover it. That is now turning into a groundswell, the gathering at Jantar Mantar that has scared the powers that-be and their media.

Bhim Army chief Chandra Shekhar ‘Ravan’ has been unavailable for questions. APNLive spoke to Nawab Satpal Tanwar, one of his key lieutenants, on Tuesday when Mayawati was headed for Saharanpur.

Asked if the Bhim Army supported Mayawati or wanted her support, he started by asserting that Bhim Army is a social organisation and it has no relation or affiliation whatsoever with any political organisation.

“If Behen ji (Mayawati) is going there, we do not oppose BSP and we are not against her. We are against parties that propagate communalism and spread communal hatred. But I would like to say this – that this incident (of Rajput attack on Dalits) is now one month old. After we demonstrated our strength at Jantar Mantar in New Delhi with a crowd of ‘several lakhs’, without anyone’s help, Behen Mayawati realised our power and decided to go to Saharanpur. Her visit is meant only to serve her own interests,” he said.

Tanwar said the fight would not end here or stay confined to Saharanpur. He regretted that the government had deployed anti-terrorist squads and the special task force in Saharanpur. “They are treating us like terrorists and equating us with Naxalites,” he rued. He said the next plan was for a rally at Ram Lila Maidan in Delhi. He said as the main organiser of Bhim Army’s campaigns, he was in touch with Gujarat Dalit leader Jignesh Mewani. They plan to organise another rally and tie up with Dalits in other parts of the country to make it a larger movement, said Tanwar.