Root, who is playing his 100 Test, brought up his first double hundred against India and was batting at 209 till reports last came in. 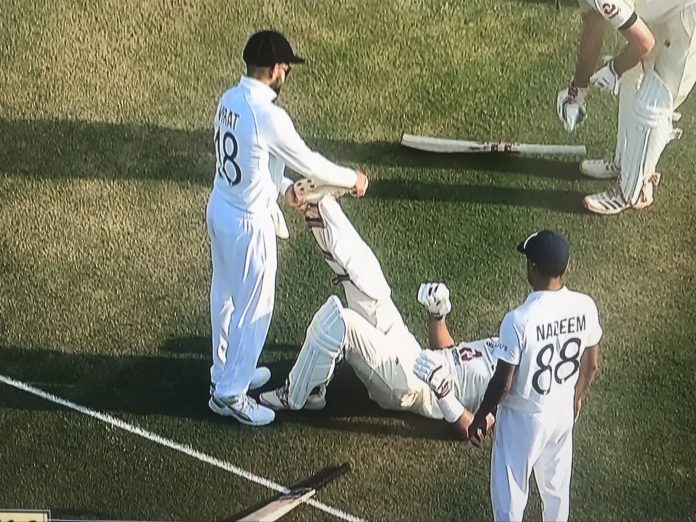 Indian skipper Virat Kohli’s gesture of helping out English batsman Joe Root after he developed a cramp during the ongoing India-England Test is winning the internet. On the first day of the Chennai Test, Root got a cramp and went down on field after hitting Ravichandran Ashwin for a massive six in the 87th over. England physio rushed to help Root but before that it was Indian captain Virat Kohli who was seen helping Root in stretching his leg. The video was shared by  Board of Control for Cricket in India (BCCI) on micro-blogging platform Twitter and went viral on the internet with many hailing Indian captain’s spirit of cricket.

England, who chose to bat first after winning the toss, are currently going strong and have crossed the four hundred mark (454/4) in the first Test taking place in Chennai. Root, who is playing his 100 Test, brought up his first double hundred against India and was batting at 209 till reports last came in. He was being supported on the other end by Ollie Pope (24). Bumrah has been the most successful bowler so far with two wickets in his kitty, while Ashwin and Nadeem have scalped one wicket each. England did not start the match on a good note losing two wickets in a quick succession. However, Root and Sibley put them on top at the conclusion of the first day.

The two teams will be playing four tests followed by five T20 internationals and 3 One Day Internationals (ODIs). India are currently on a high after winning the Border-Gavaskar trophy in Australia despite all odds. Kohli, who on paternity leave during the last three Tests down under, is back in action after becoming father for the first time.