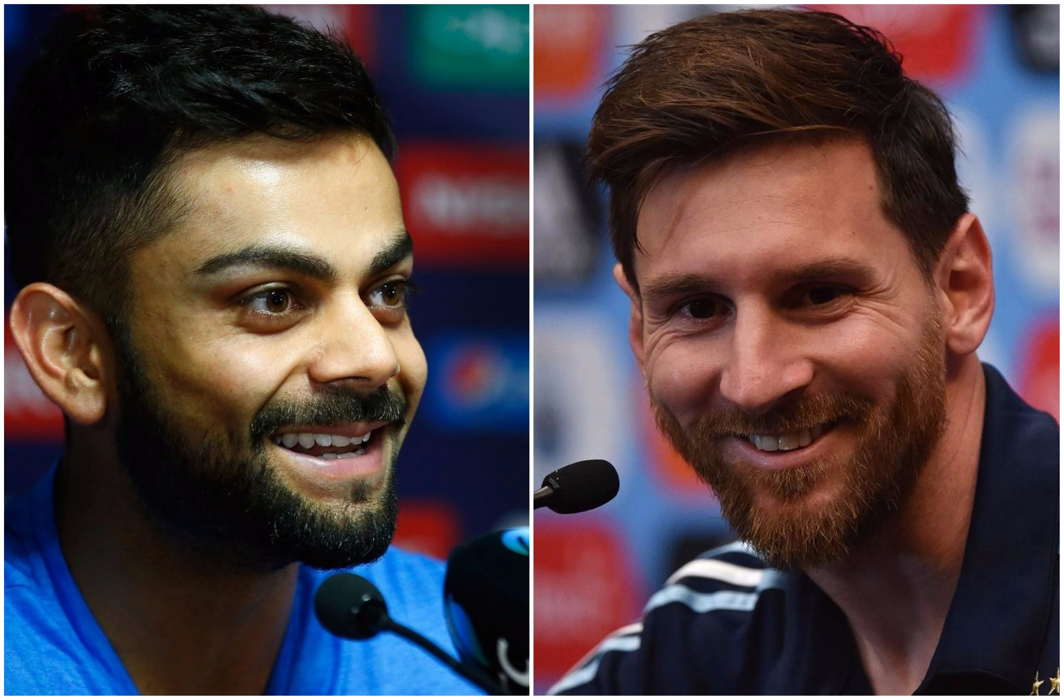 With a brand value of $14.5 million, Virat Kohli booked a place in the 7th spot of the Forbes list of most valued brands among athletes.

In yet another major achievement for Virat Kohli, the Forbes list of most valued brands among athletes ranks the Indian cricketer above Argentinean football legend Lionel Messi. With a brand value of $14.5 million, the Indian cricket team’s captain booked a place in the 7th spot of the list.

Despite being the FIFA World Player of the Year for five times, one of Barcelona FC’s key player, Lionel Messi managed to find a place in the 9th spot, with a brand value of $13.5 million.

Irish golfer Rory McIlroy and NBA team Golden State Warriors’ Stephen Curry were also ranked below Virat Kohli in the top 10 list. While the brand value of Mcllroy is at 13.6 million, the brand value of Curry has been calculated to 13.4 million.

The brand value of an athlete is estimated by calculating his/her earnings (excluding salary and bonus from their sport and all investment income), minus the average income of the top 10 athletes in the same sport.

With the Forbes 2017 list and figures, Virat Kohli has also overtaken former Indian cricket team’s skipper MS Dhoni as the most valuable brand, released by Duff and Phelps in October 2016. Moreover, Kohli’s brand value is expected to witness a steep growth of 20-25 % this year; which will bring the cricketer close to Bollywood superstar Shah Rukh Khan, who has been valued $131 million.

Days back, Kohli surpassed former Australian cricket captain Ricky Ponting in terms of scoring the most number of centuries in One Day International (ODI). Under the captaincy of Kohli, team Men in Blue has also found a spot in the top of the ICC Test Rankings.

However, despite a huge fan base, the Indian Premier League (IPL) still couldn’t manage to book a place in the Forbes Top 10 World’s Sports Events. In the top of the list is Super Bowl with a value of $663 million, followed by Summer Olympics with $419 million.