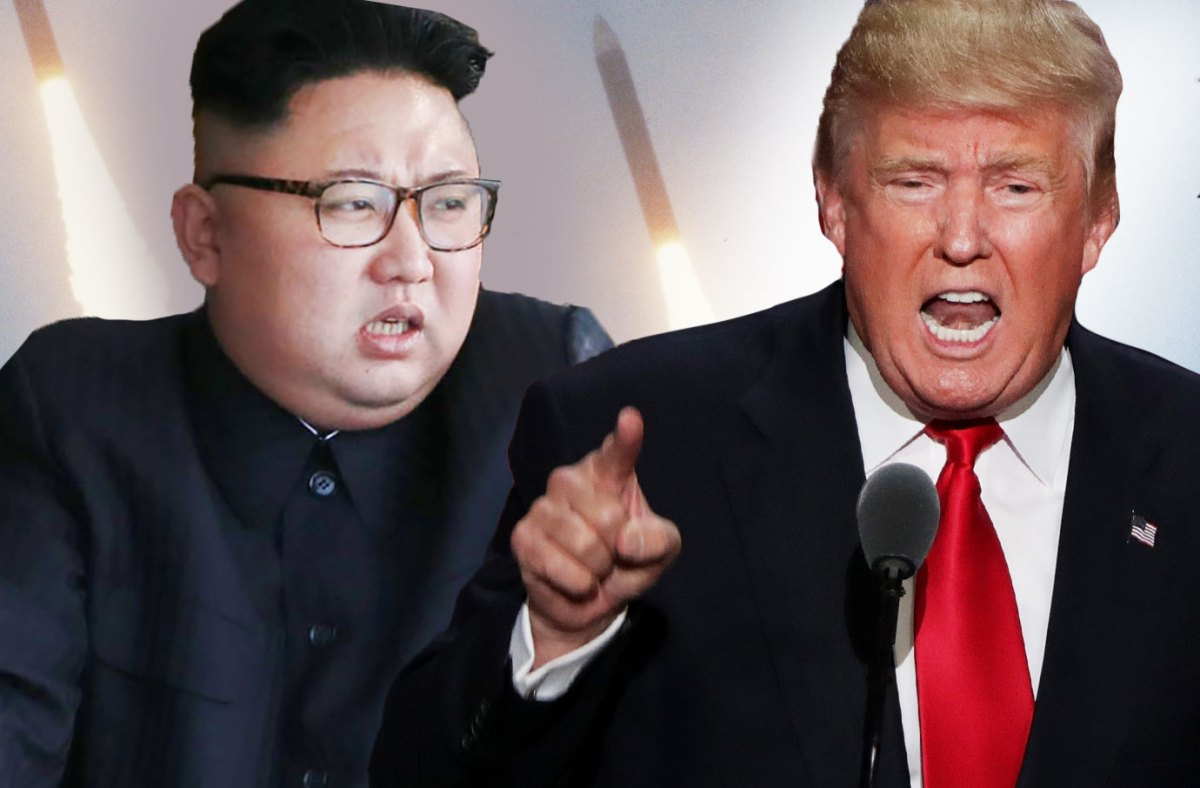 In a clear indication that the war of words between him and Kim Jong Un is only set to intensify in the days to come, US president Donald Trump called the North Korean leader a “madman” and warned that he “will be tested like never before”.

Kim Jong Un of North Korea, who is obviously a madman who doesn't mind starving or killing his people, will be tested like never before!

Trump’s latest swipe at Kim comes in response to the dictator’s first ever televised address to the world on Friday morning (as per North Korean local time) which was seen as his way of hitting back at the US president who, a day earlier, while delivering his maiden speech at the United Nations General Assembly had called the leader of North Korea a “Rocket Man” while threatening to “totally destroy” his country if necessary.

Retaliating against Trump’s tirade at the UNGA, Kim had said: “I will make the man holding the prerogative of the supreme command in the US pay dearly for his speech calling for totally destroying the DPRK (Democratic People’s Republic of Korea).”

Making a bellicose, personal attack at the US president, Kim said: “Whatever Trump might have expected, he will face results beyond his expectation…I will surely and definitely tame the mentally deranged US dotard with fire.”

“The speech made by the US president … on the UN arena in the prevailing serious circumstance, in which the situation on the Korean peninsula has been rendered tense as never before and is inching closer to a touch-and-go state, is arousing worldwide concern… far from making remarks of any persuasive power that can be viewed to be helpful to defusing tension, he made unprecedented rude nonsense one has never heard from any of his predecessors (sic),” Kim said in his televised address before going on to assert: “A frightened dog barks louder.”

The verbal attack by Kim was promptly followed by North Korean Minister of Foreign Affairs Ri Yong Ho issuing a threat suggesting that his country may consider testing a hydrogen bomb in the Pacific Ocean.

“It could be the most powerful detonation of an H-bomb in the Pacific…We have no idea about what actions could be taken as it will be ordered by leader Kim Jong Un.” Ho had said.

During his speech at the UNGA, Trump too had spared no effort at hitting out against Kim Jong Un and his regime in North Korea. He had said that the North Korean dictator is “on a suicide mission” and asserted that if his country continued its provocations, the US would “have no choice but to totally destroy” North Korea.

“Now North Korea’s reckless pursuit of nuclear weapons and ballistic missiles threatens the entire world with unthinkable loss of human life… It is an outrage that some nations would not only trade with such a regime, but would arm, supply, and financially support a country that imperils the world with nuclear conflict,” Trump had said.