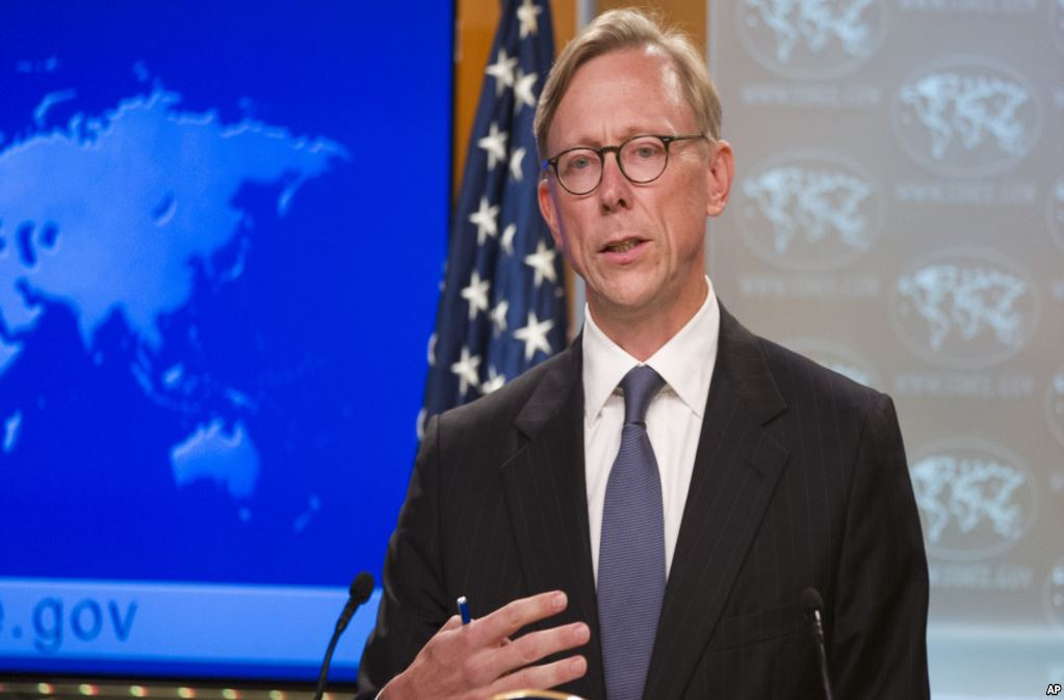 US exerts pressure on EU to distance from Iran

Continuing anti-Iran tirade after withdrawal from multilateral nuclear deal, the US administration has criticised EU decision to give over $20 million aid to Iran saying it sent “the wrong message at the wrong time” and urged Brussels to help Washington end the alleged Iranian threat to the global stability.

According to Reuters, the top U.S. envoy on Iran Brian Hook criticized a European Union decision to give $20.7 million in aid to Tehran on Friday.

Issuing a statement US representative for Iran said, “Foreign aid from European taxpayers perpetuates the regime’s ability to neglect the needs of its people and stifles meaningful policy changes.”

He further said, “The Iranian people face very real economic pressures caused by their government’s corruption, mismanagement, and deep investment in terrorism and foreign conflicts. The United States and the European Union should be working together instead to find lasting solutions that truly support Iran’s people and end the regime’s threats to regional and global stability.”

The most important European countries especially Britain, France and Germany have been opposing Trump’s move to withdraw from the multilateral landmark Iran nuclear deal also known as JCPOA. Moreover, Trump administration raised trade tariffs against steel and aluminium products, marring the car market in the US.

He said that US believes that the EU decision on Thursday to provide 18 million euros ($20.7 million) in aid to Iran was aimed at offsetting the impact of U.S. sanctions as European countries try to salvage the 2015 agreement that saw Tehran limit its nuclear ambitions.

Read More: Iran: World Is Sick and Tired Of US Diktats

In May this year US President Donald Trump pulled the United States out of the nuclear deal and is re-imposing sanctions on Tehran, even as other parties to the accord: the members of EU, Russia and China are trying to find ways to save the agreement.

The EU funding is part of a wider package of 50 million euros earmarked in the EU budget for Iran. Tehran has threatened to stop complying with the nuclear accord if it fails to see the economic benefit of relief from sanctions, awarded in the 2015 nuclear deal.

The United States special envoy further said, “More money in the hands of the ayatollah means more money to conduct assassinations in those very European countries.”

Earlier this week, U.S. national security adviser John Bolton told during his Israel visit that the return of U.S. sanctions was having a strong effect on Iran’s economy and popular opinion.

The re-imposition of U.S. sanctions which began this month targeted Iran’s car industry, trade in gold and other precious metals, and purchases of U.S. dollars crucial to international financing and investment and trade relations. The second set of much tougher sanctions will be imposed in November this year which will cover Iran’s banking sector and oil exports.