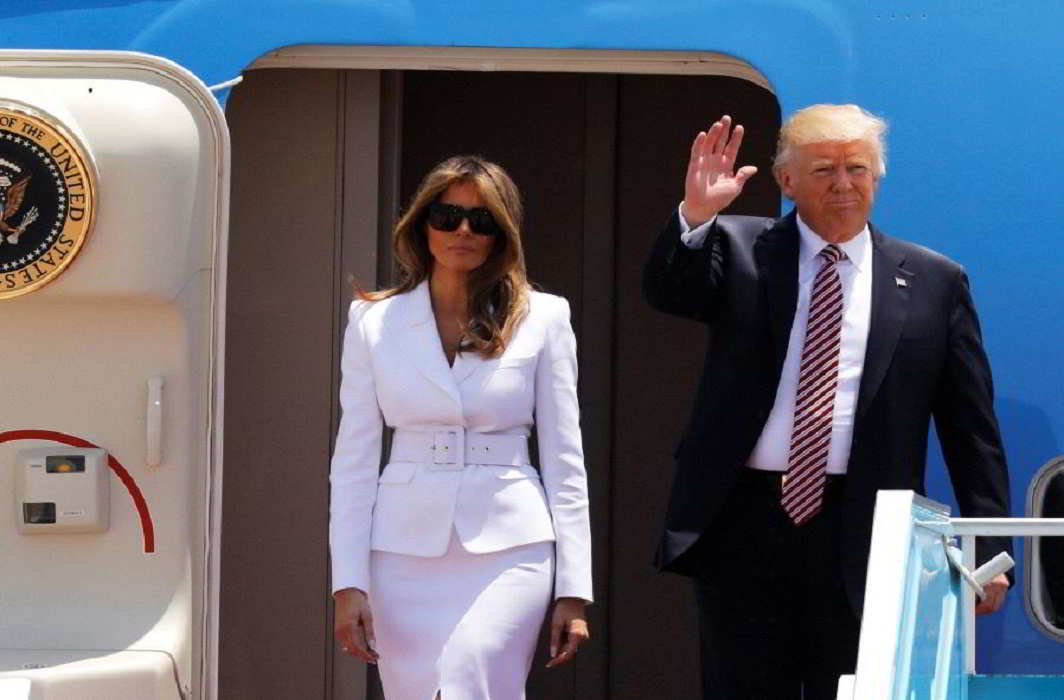 The incident made a storm on Twitter and several users were eager to find the body language of both the US president and wife.

The enigmatic relationship and exchanges between Donald Trump and wife Melania Trump have always been a topic of debate. The latest among them was on Monday when walking down the Ben Gurion airport with Israeli Prime Minister Benjamin Netanyahu and his wife Sara, President Trump extended his hand to lady Trump who immediately slapped it away.

The incident made a storm on Twitter and several users were eager to find the body language of both the US president and wife other than he was walking a little ahead of Melania Trump.

One Twitter user pointed out, “He treats her like (expletive), he walks ahead of her, forgets about her, doesn’t assist her from cars, hold doors & NOW he want her hand?

Many other who keep a strong dislike of the Republican, were very happy with it.

@haaretzcom @ZerlinaMaxwell Go Melania. She wasn't having it. Well at least we Know now that someone in the Family Hates Trump as much as the Rest of America.

Another remembered a totally different era of former president Barack Obama with his wife.

@haaretzcom Now THIS is how a REAL President treats a First Lady! 💗💗💗💗💗 pic.twitter.com/VWd1LJveaW

In January, Twitter had seen a “#FreeMelania” campaign following a video surfaced of Melania during the president’s oath taking ceremony smiling at him and he coldly looks away. Hours into posting, the campaign had over 65,000 ‘likes’ and more than 50,000 retweets.

In another, the First Lady was seen poking the president, reminding him to keep his hand on chest during the national anthem.

President Trump and Melania have been married for 12 years and have a 11-year-old son, Baron. After he got elected as president, she stayed back in New York instead of moving to White House, a formality followed for years.