Home Latest world news Watch: Plane catches fire before crash-landing on road in the US 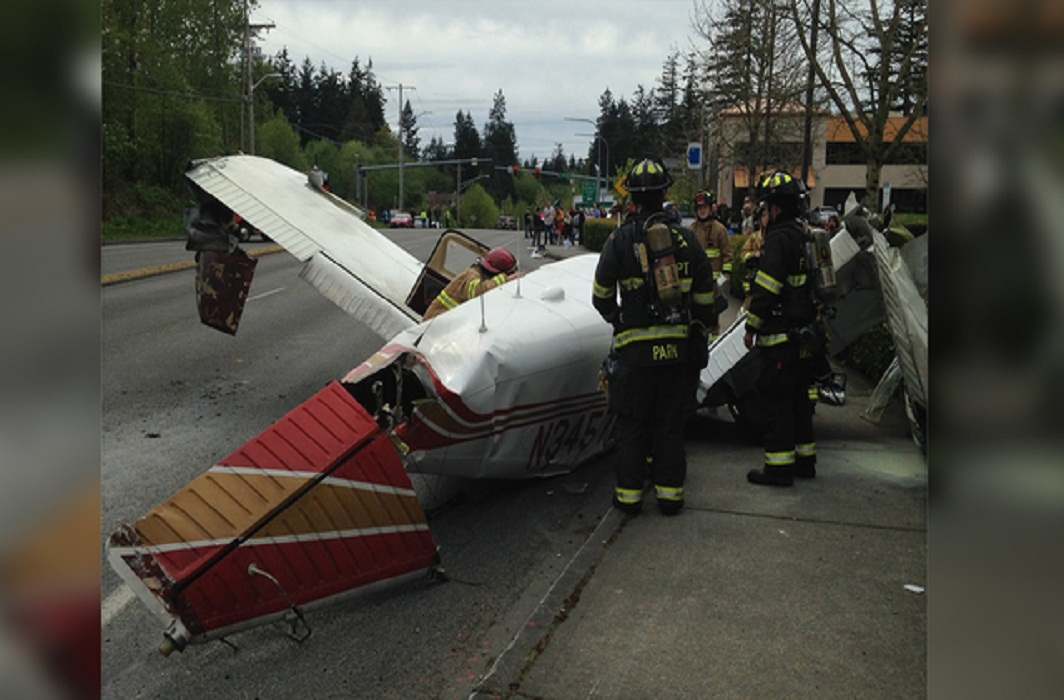 The incident happened in Mukilteo in Washington State, when stunned drivers captured the video of a nose-diving plane

Something unusual was spotted in the sky by motorists in Washington when they were waiting at a traffic signal. The camera on the dashboard of a car captured footage which showed a small plane descending before suddenly bursting into flames.

The incident happened in Mukilteo in Washington, when stunned drivers captured the video of a nose-diving plane which catches fire.

KOMO News reported that the plane had taken off from a nearby airfield when it collided with power lines causing it to erupt into a fireball and crashing to the ground.

According to Toronto Sun, both the pilot and a passenger survived the crash miraculously without any serious injuries.

A thick cloud of smoke rose into the sky when the plane crashed at a road not very far from the speedway. The video shows several cars turning around to avoid the crash site

KOMO News quoted a woman whose car was clipped by the plane’s wing saying, “I’m so lucky. I just said, ‘Get down!’ And before I know it, I could feel the heat on my face…and like the fireball and the wing clipped at the end”.

Local police said that the one-engine plane lost its power during takeoff and the pilot was trying to land it on an empty field when it got touched by a power line. The fuel tank got ruptured and ignited the plane.