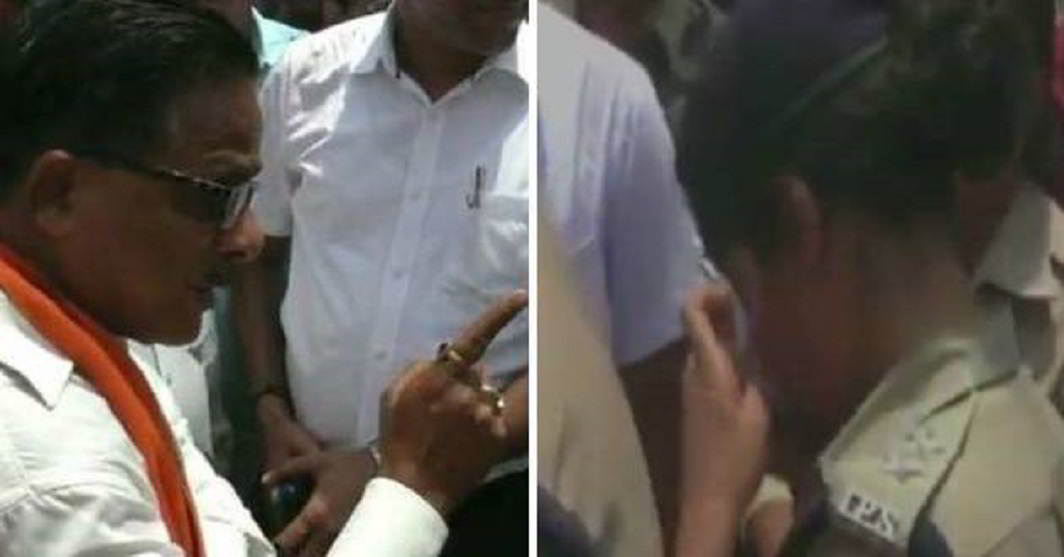 A senior BJP MLA from Gorakhpur, the hometown of Uttar Pradesh Chief Minister Yogi Adityanath, was caught on camera having heated arguments with a woman IPS officer, asking her not to cross the limits. The harsh words of the lawmaker finally made the officer break down in front of the camera.

The incident happened after a commotion when a group of women protested at a road near Koilhwa village alleging the police and administration were promoting the sale of illicit liquor in the area. Police said the protesters pelted stones at them and they had to lathi-charge.

Dr Radha Mohan Das Agarwal, the BJP MLA and a doctor, reached the spot immediately and started a heated exchange of words with Charu Nigam, an IPS officer of the 2013 batch.

The officer replies saying, “I am the officer in charge here. I know what I am doing.”

A senior officer arrives on the scene, and officer Nigam who is pulled back is seen wiping tears using a handkerchief in the footage.

The MLA has later clarified that he did not misbehave with the IPS officer. “We are against the operation of liquor shops. People were peacefully protesting against the liquor shops, but the woman police officer forcibly removed the protesters and while doing so, she hit a woman and dragged an 80-year-old man. This simply cannot be tolerated,” NDTV quoted Agarwal.

The lawmaker has also alleged that there was an implicit understanding between police and the liquor mafia.

SONIA TAKES UP MIGRANT ISSUE IN A VIDEO MESSAGE.