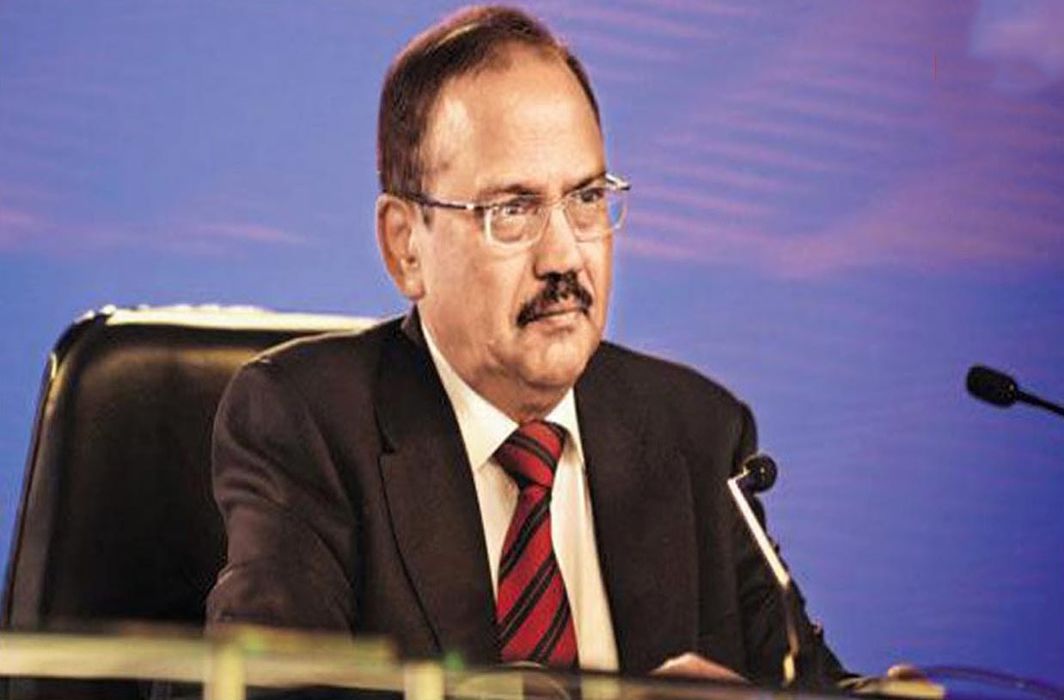 India’s National Security Advisor Ajit Doval is in Washington to hold meetings with Secretary of State Mike Pompeo and other top officials of the Trump administration, in a follow up of the 2+2 dialogue in New Delhi a week ago, and lay the ground work for visit of US President Donald Trump to India.

Doval, who is reported to be held in high regard by the Trump Administration, is scheduled to meet the Secretary of State Mike Pompeo at the Foggy Bottom headquarters of the State Department on Friday, September 14.

He is also going to meet his American counterpart John Bolton, Doval  and other officials from the Department of Defence and from the think-tank community, said media reports.

The Indian Embassy in Washington and the White House did not immediately respond to questions about Doval’s visit and his meetings, said reports.

The State Department Spokesperson Heather Nauert, who had accompanied Pompeo to New Delhi last week for the two-plus-two Dialogue, told reporters at her daily news conference, “India is a very close friend of the United States. We have among the strongest people-to-people ties. I think there are more than three million Indian Americans living here in the United States, so that was certainly part of the meetings and the conversations.”

The signing of the Communications Compatibility and Security Agreement or COMCASA last week, she said, was something important that had been in the making for a long time, she said.

“So we were pleased to have signed that (COMCASA) with the Indian Government because that not only supports jobs but also supports better military-to-military cooperation. They also agreed to doing more work on the military-to-military front. So that was part of the conversation but also to go over there and thank the new government for our strong friendship that we have,” Nauert said.

During the meetings discussions are likely to be primarily focused on bilateral and security in the Af-Pak region in particular those related to counter-terrorism.

It is understood that the visit is likely to lay the ground work of the potential visit of the US President Donald Trump to India.

Trump has accepted an invitation from Prime Minister Narendra Modi to visit India. The two sides are currently looking at various dates including Trump as Chief Guest at the mega Republic Day Parade on January 26, 2019.

Responding to a question on Pompeo’s trip to Pakistan, the spokesperson said the Secretary of State had some meaningful and important meetings with the new government. Looking forward to forging a relationship with that new government, recognizing that there are, of course, some tensions and some areas where the government can work harder.

“And so those were the types of meetings that we had and we were pleased to have gone,” she was reported to have said.