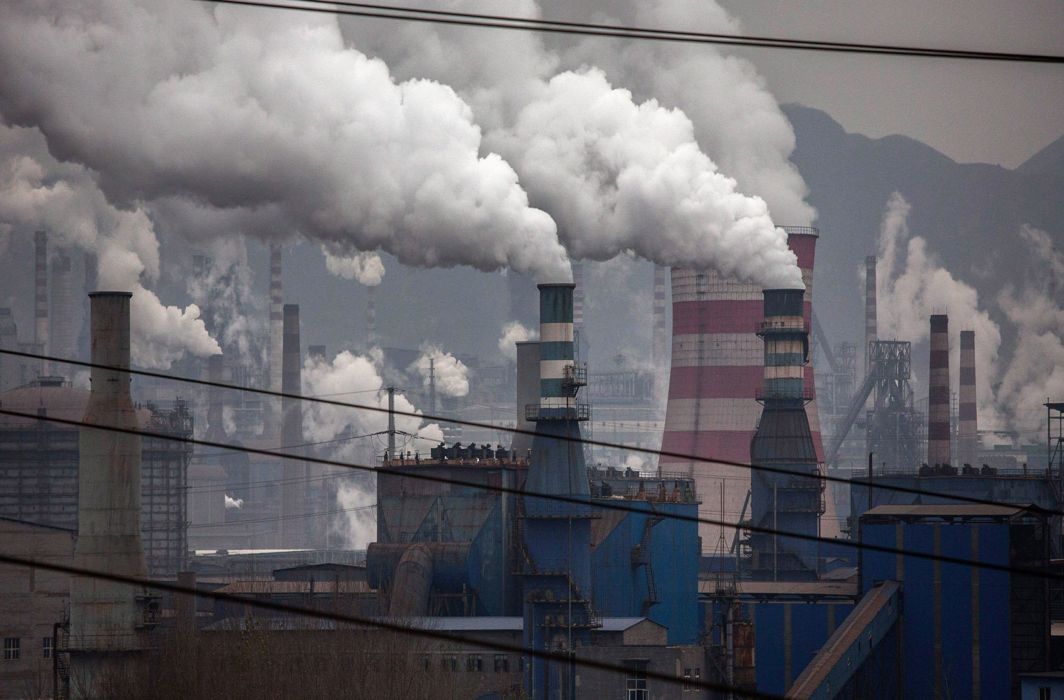 The latest global Environmental Performance Index (EPI), released at the World Economic Forum (WEF) at Davos, ranks India fourth from bottom – 177th  in a list of 180 countries – down from its 141st position two years ago.

The EPI ranks these 180 countries on 24 performance indicators across 10 issue categories covering environmental health and ecosystem vitality. The report said, “These metrics provide a gauge at a national scale of how close countries are to established environmental policy goals. Now in its tenth iteration, policymakers, scholars, non-governmental organizations, and the media have relied upon the biennial release of the EPI for policy insights and tracking of trends in sustainability.”

The latest biennial report by the Yale and Columbia universities in collaboration with the WEF said: “India and Bangladesh come in near the bottom of the rankings, with Burundi, the Democratic Republic of the Congo and Nepal rounding out the bottom five.”

Switzerland tops the world in sustainability, followed by France, Denmark, Malta and Sweden.

The report brings to light that India is the fourth worst country in the world when it comes to curbing environmental pollution. The report said the low ranking of the emerging economies – China (120) and India – reflect “the strain population pressures and rapid economic growth impose on the environment”.

It also reflected that substantial populations still suffer from poor air quality, most notably in India, China, and Pakistan (169).

India’s ranks at the bottom in terms of environmental health, which includes air quality. India ranked near the bottom at 178 in terms of air quality alone. The new report highlighted air pollution as a leading threat. A recent report from the Health Effects Institute found that if India does not take any further measures to tackle the problem air pollution, the number of deaths linked to air pollution will triple from the current level of 1.1 million.

As per the report, air quality was the chief environmental hazard to public health worldwide. Environmental health also includes two other components of water and sanitation and exposure to heavy metals.

India’s Ujjwala Yojana aiming to give free LPG connections to women from below poverty line got a special mention in the report. The report said that the initiative has the power to create a positive impact on the lives of these women.

“Low scores on the EPI are indicative of the need for national sustainability efforts on a number of fronts, especially cleaning up air quality, protecting biodiversity and reducing GHG (greenhouse gas) emissions,” said the report.

It stated that some of the lowest-ranking nations face “broader challenges (like) civil unrest but the low scores for others can be attributed to weak governance”.

Drawing special attention to the issue category of Air Quality, the report said, “As the dominant source of diseases and disability in our data, countries that score poorly in the 2018 EPI on Air Quality, such as India (Air Quality score of 5.75), China (14.39), and Pakistan (15.69), face a public health crisis that demands urgent attention.”

Of the emerging economies, China and India rank 120th and 177th respectively, reflecting the strain rapid economic growth imposes on the environment. Brazil ranks 69th, suggesting that a concerted focus on sustainability as a policy priority will pay dividends – and that the level and pace of development is just one of many factors affecting environmental performance. South Africa ranks 142nd. Sustainability outcomes among emerging economies remains highly variable. Russia ranks 52nd, with a score of 63.79.

India’s low scores are influenced by poor performance in the in Environmental Health policy objective. Deaths attributed to PM2.5 have risen over the past decade and are estimated at 1,640,113, annually (Institute for Health Metrics and Evaluation, 2017). Despite government action, pollution from solid fuels, coal and crop residue burning, and emissions from motor vehicles continue to severely degrade the air quality for millions of Indians.

The index presents not only a picture of where countries stand but also “reflects important trends in environmental performance at both the national and global levels.”

One lesson of the EPI is that achieving sustainability goals requires the material prosperity to invest in the infrastructure necessary to protect human health and ecosystems, the report said. However, as it said, “The inherent tension of sustainable development is that income growth too often comes at the cost of the environment, especially through exploitation of natural resources and unchecked industrialization.”

It pronounced the global community was in general getting better on a number of issues, like health results pertaining to drinking water and sanitation and protection of marine ecosystems, while on other issues significant challenges remained.