Rajib Banerjee had recently taken to Facebook to criticise many TMC leaders and had alleged nepotism in the party, without naming anyone. 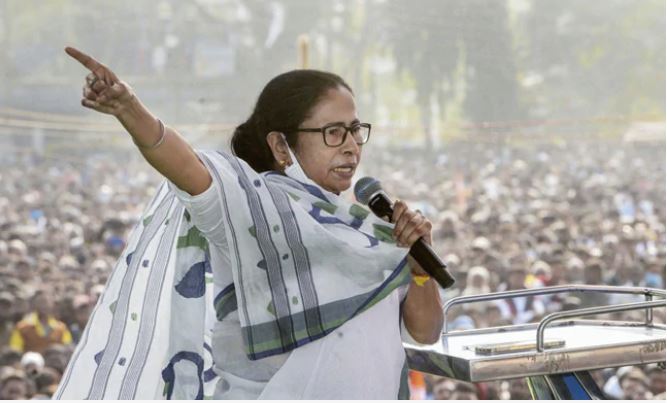 In an another setback to Chief Minister Mamata Banerjee’s party before the state assembly election, senior Trinamool Congress leader Rajib Banerjee on Friday resigned as West Bengal’s forest minister. He had been skipping cabinet meetings for a long time and had expressed his dissent over the functioning of the party.

This development comes amid a recent string of exits from Trinamool Congress ahead of the Assembly elections in March-April. With this, Rajib became the third ministers who have exited from Trinamool and also joined the league of many TMC leaders who have resigned from the state government and joined the BJP in last few weeks. Earlier, Transport Minister Suvendu Adhikari and former cricketer and Minister of State for Sports Laxmiratan Shukla had resigned from his post.

Banerjee’s resignation comes days after he had complained about some leaders in the Trinamool Congress for carrying out propaganda against him. Also, the senior TMC leader Partha Chatterjee had held at least two rounds of talks with him. Banerjee had recently taken to Facebook to criticise many TMC leaders and had alleged nepotism in the party, without naming anyone. He had also reportedly attended a meeting chaired by Adhikari.

In December, Suvendu Adhikari quit the government and immediately joined the BJP, following which, a large number of other TMC functionaries and leaders quit the party.

This time, the BJP is investing time and energy to replace the Mamata Banerjee-led Trinamool government from West Bengal. The BJP Party heavyweights such as President J.P. Nadda and Union Minister Amit Shah have been regularly visiting the state. Prime Minister Narendra Modi will also be in Kolkata in the coming weekend. Home Minister Amit Shah is likely to visit Bengal on January 30 while Nadda is scheduled a roadshow in north Bengal on February 5.