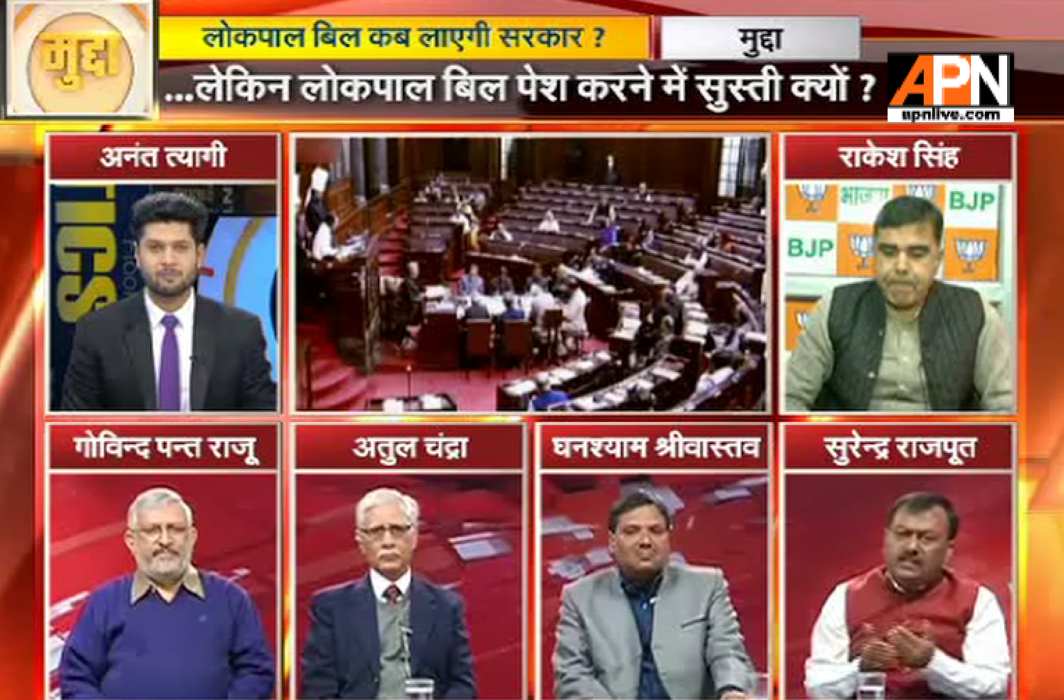 Mudda panellists discuss Modi government’s lukewarm attitude towards Lokpal bill, worry about its watered down provisions while suggesting ways to revive it

Friday’s Mudda discussed the Narendra Modi government’s lackadaisical attitude towards passing the Lokpal bill. The enthusiasm with which the BJP government has been striving to get the triple talaq bill passed has gone missing when it came to the Lokpal and the women’s reservation bills.

This is ironical because the entire Lokpal agitation was one of the major reasons why the BJP came to power dethroning the Congress, but it has suddenly become silent on the bill even while none other than Anna Hazare himself has alleged that the BJP is conspiring to water it down.

Singh said no other party has worked as hard as BJP to fight corruption. Rajput countered his assertion, asking if Singh wanted to say that Modi himself was the Lokpal and therefore the party thought that ombudsmen must not be questioned.

Shrivastav said that the Delhi government has already cleared the Lokpal and the ball is now in the BJP’s court. When question papers are leaked in Uttar Pradesh who must the students approach?

“Lokpal is the system meant to eradicate corruption. The students cannot approach the prime minister and there should be a system through which complaints can be made,” said Shrivastav.

Chandra said the Lokpal has been weakened after removal of all the key provisions of the bill. “The CBI has been kept out of it. Even more relevantly, why isn’t the Congress demanding amendments or at least starting a discussion on the topic?” said Chandra. He said this is a classic case of you-scratch-my-back-and-I-scratch-yours where nobody is speaking out openly.

Raju summed it up saying that the funding that parties receive should have been in Lokpal but that has also been removed. That no political party is raising any question or demand over the bill speaks volumes, he said. “When transparency and accountability are removed then corruption definitely enters the space,” Raju said.