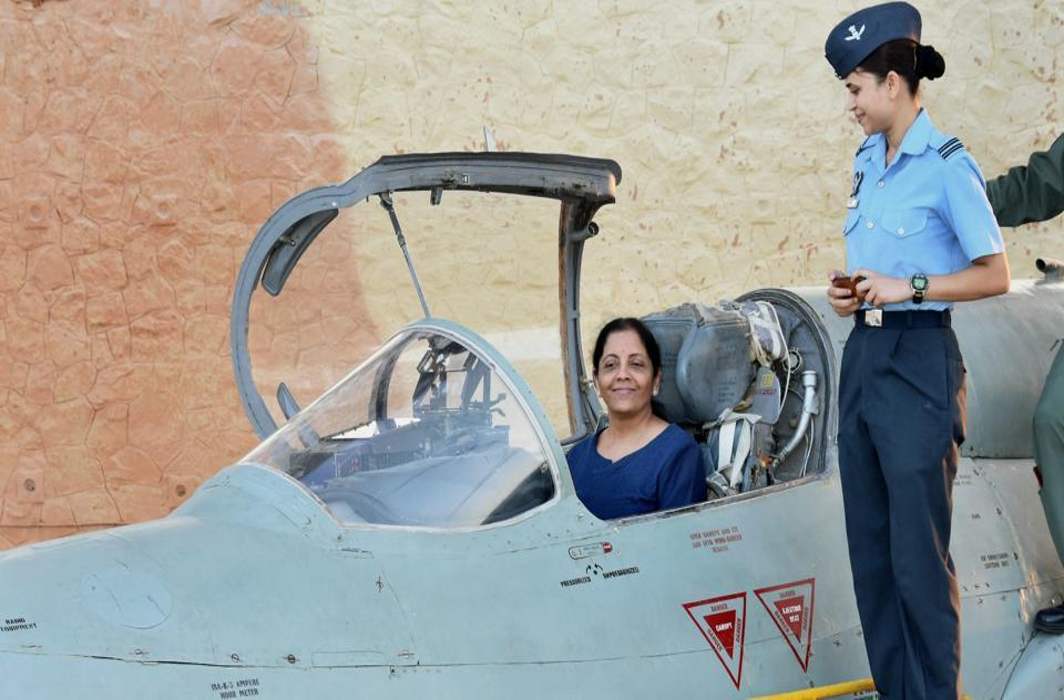 Nathu La is close to Doklam plateau, the site for recent India-China standoff

In her day-long visit to Arunachal Pradesh and Sikkim on Saturday, Defence Minister Nirmala Sitharaman not only met Indian soldiers at the Nathu La pass but was also greeted by Chinese soldiers present on the other side of the border.

In a tweet shared by Sitharaman, she is seen waving at the Chinese soldiers from across the border, who were reportedly taking her pictures.

Warm gesture from Defence Minister @nsitharaman, acknowledging row of Chinese soldiers who were taking pictures from across at the Nathu La. pic.twitter.com/WIiWm25Bek

In another tweet from the official account of ‘office of defence minister’, Sitharaman is seen having a conversation with Chinese army personnel while also teaching them the way to do ‘Namaste’.

Snippet of Smt@nsitharaman interacting with Chinese soldiers at the border at Nathu-la in Sikkim yesterday. Namaste! pic.twitter.com/jmNCNFaGep

In some of the other shared pictures of the visit she was seen making the arduous road journey to the border pass and sharing sweets with the Indian soldiers posted on the border.

Sitharam’s visit to the Nathu La pass is considered to be significant as recent reports have suggested that Chinese soldiers remain in the vicinity of the Doklam standoff site. Doklam is close to Nathu La pass and was the site for the intense nearly 70-day-long standoff between the Indian and Chinese armies.

However, the Ministry of External Affairs has denied reports of violation of India-China “disengagement agreement” which had brought the Doklam standoff to an end.

Sitharaman was also scheduled to take an aerial survey of Doklam and forward posts in border areas of Sikkim but was later cancelled due to bad weather.