Home LATEST SPORTS NEWS Cricket news Who is at the Crease? 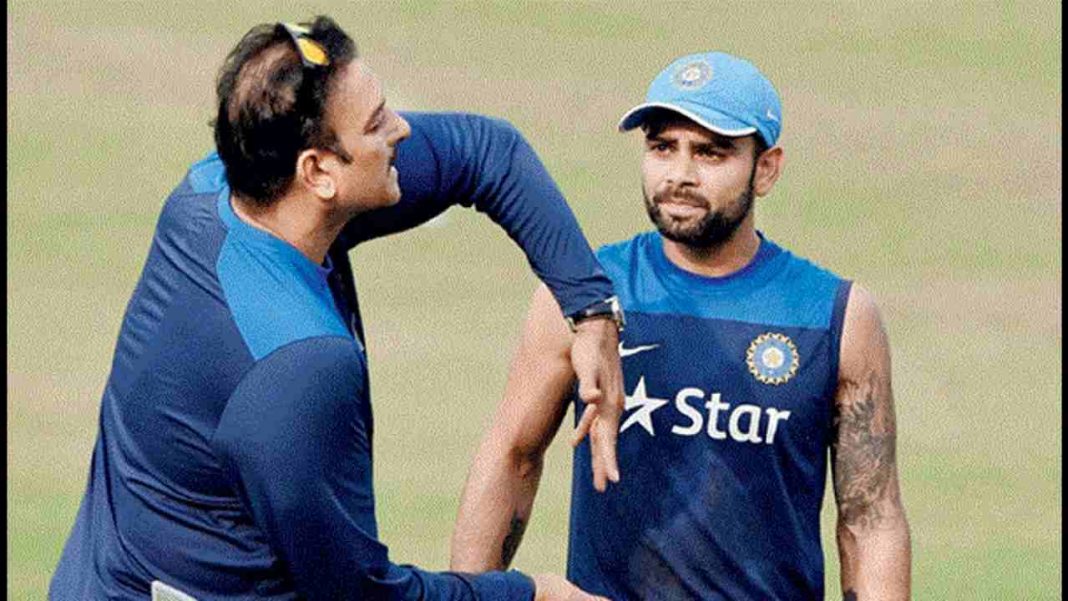 Following a chaotic few evening hours on Tuesday (July 11), it was confirmed by the Board of Control for Cricket in India’s (BCCI) Acting Secretary Amitabh Choudhary that Ravi Shastri would be the next head coach of the Indian cricket team.

The Board’s media advisory said: “The BCCI announces the appointment of Mr Ravi Shastri as the Head Coach, Mr Zaheer Khan as the Bowling Consultant and Mr Rahul Dravid who will be the Overseas Batting Consultant (Test cricket) for the Indian Cricket Team.”

The appointments will be till the World Cup of 2019.

So far so good, but there seem to be a number of attendant problems. When did the Board decide to appoint a Bowling Consultant and an overseas Overseas Batting Consultant (Test cricket)? And if it did, why was it not advertised and applications invited?

The second problem is of law. Does the Cricket Advisory Committee (CAC) of the BCCI, or even the Board itself, retain full powers to ask for applications for such important posts? Does it have the requisite authority of related tendering processes? The problem arises from the Supreme Court’s appointing the Committee of Administrators (CoA) with full authority to oversee every action of the Board and its sub-committees, such as the CAC.

The CoA’s ability to push decisions within the Board was visible on Tuesday (July 11) when its chief, former Comptroller and Auditor General Vinod Rai, insisted that the coach be named on Tuesday itself. That was not what the CAC had planned. The Board had given the CAC full authority to choose the coach. And with good reason, what with the CAC comprising such names such as Sourav Ganguly, Sachin Tendulkar and VVS Laxman.

The CAC had done its homework and its interviews, but still wanted to interview skipper Virat Kohli, holidaying in America. Sourav had said that he had great respect for Kohli and it (talking to him for his views) would be the right thing to do, but it would not be nice to call him on his holiday.

Rai was insistent, though. So Kohli was called and the announcement was made.

The CAC did hold its own view. Sourav has been against the appointment of Shastri and Laxman has been supportive of that view, though neither had said it openly. A vote within the CAC would have yielded the expected result. It is not known if there was unanimity of opinion within the Committee.

As for the CoA, one has to remember it is fractured at the moment.

On June 1, the Supreme Court received a letter from historian and cricket buff Ramachandra Guha, stating that he was quitting from the CoA. This letter, dated March 28, contained detailed explanation on why he was quitting, and one of the main issues was the way Anil Kumble, the former India coach, was handled. It is a different matter that both Guha and Kumble hail from Bengaluru, and there is a good bit of bonhomie around. Guha’s resignation letter is pending with the apex court, which will take a call on it on July 14.

The very nature of the CoA and its powers need to be better explained to the Board. Apart from Rai and Guha, the CoA also has former international cricketer and India captain Diana Edulji and IDFC Ltd Managing Director and CEO Vikram Limaye. While the CoA’s primary function was to carry out the Lodha Commission’s recommendations in reforming the sport in the country, who carries out the day-to-day running of the sport? If that is the responsibility Board, then it was the Board’s and therefore of the CAC’s responsibility to announce the name of the coach after due process.

So who is selecting the coach of the Indian cricket team? The basis of the CoA is to delegate a certain amount of power to the BCCI till things are set in perspective when the functioning of the CoA would become redundant. At this point, it seems the CoA has the authority to decide on something that is within cricket’s deep understanding.

This complexity needs to be sorted out. Also the need of the hour is ascertaining the responsibilities and powers of the individual members of the CoA. Guha has probably not done the administration any good by sending in his resignation and by not contesting whatever he thinks are wrong from within.

The coach selection issue brings too many anomalies into the open. These are key issues that need sorting out in quick time, before another Kumble-like incident arises.