Home Latest india news Why ‘no work no pay’policy only for govt employees, not MLAs: Kamal... 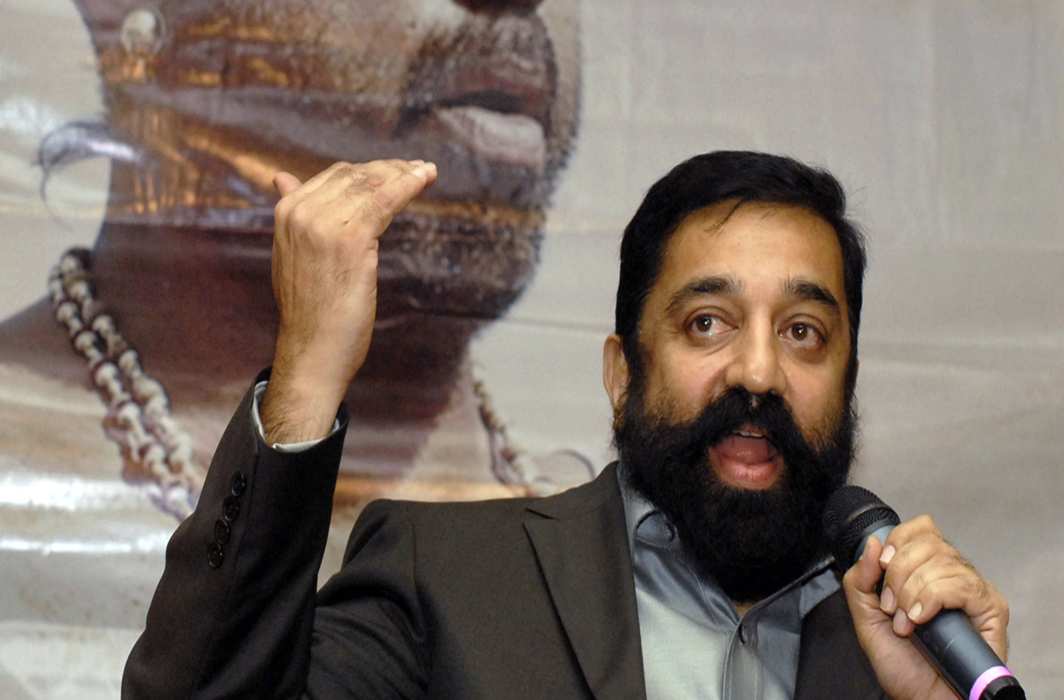 Amid indications of his plans to float a political party, the Tamil superstar has been raising his pitch against the ruling AIADMK government

With Tamil Nadu politics in a state of upheaval, superstar Kamal Hassan seems unwilling to leave any opportunity unharnessed in his bid to jump into the political arena and the ruling AIADMK government of the state has predictably become his favorite punching bag.

A day after the Edappadi Palaniswamy-led AIADMK government declared a ‘no work, no pay’ policy for the state’s over 33,000 teachers who have been on a strike, the acclaimed actor wondered why the same yardstick was not being applied to the ruling party’s 19 MLAs of the VK Sasikala-TTV Dhinakaran camp who have been sequestered at various resorts for the past several days.

The veteran Tamil actor, who has been a vocal critic of the AIADMK, took to Twitter on Friday to take jibes at the government’s policy and the Madras High Court’s reprimand for the protesting teachers.

No work no pay only for Govt. Employees?. How about horse trading politicians languishing in resorts?

The honourable court warns teachers on strike. I beseech the court to issue similar warnings to those MLAs who desist from attending work

The superstar’s latest salvo against the AIADMK came a day after he told The Quint that he was contemplating on floating his own political outfit “not out of choice but compulsion”.

The Quint interview had detailed Hassan’s frank confessions on his political ambitions. Asked if he was being an opportunist by trying to leverage the current political turmoil in his state to his advantage, Hassan was quoted as saying: “Yes, I am an opportunist . This is the right time for me to come into active politics because everything that can possibly go wrong is going wrong. We need better governance. I am not promising swift remedies. But I promise to start the process of change. This change may not even happen in my lifetime. Hopefully there will be others to carry forward the cleansing process.”

Hassan’s comments are being viewed as a final indication of sorts of his plan to jump from the spotlight of cinema into the grisly world of politics. On September 1, Hassan – whose fan base across Tamil Nadu’s teeming cinema-worshippers is arguably second only to that of Rajinikanth – had met Kerala chief minister Pinarayi Vijayan setting rumour mills abuzz with talk of him joining the Communist Party of India (Marxist).

“I have been talking to the Kerala chief minister about it (political entry), taking advice and I will meet more politicians before I make my call,” Hassan had said after his meeting with Vijayan. Hassan was asked if the BJP – which has been on an electoral victory march across the country for the past three years and is preparing to make inroads in Tamil politics by brokering an alliance with the ruling AIADMK government of the state – would be his political party of choice. The actor’s reply was a resounding no: “My colour has obviously been seen over the 40 years that I have been working in cinema… it definitely is not saffron… I want to be in the middle of things, not leaning to any side.”