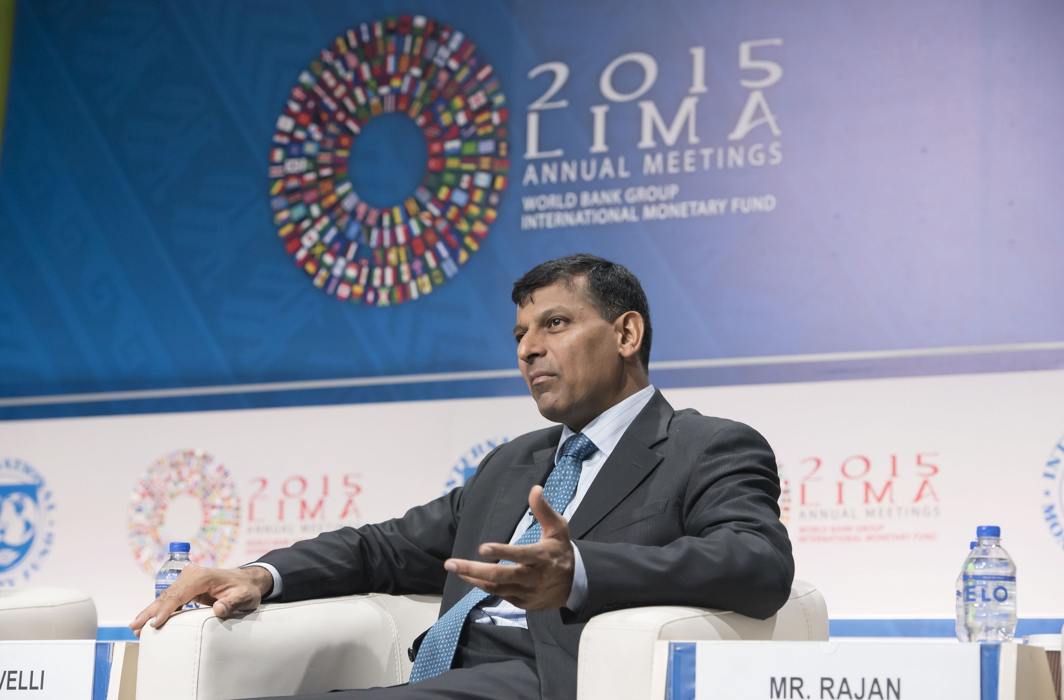 Amid the shrill and often frivolous war of words that have become the hallmark of Indian politics in recent years, here’s a political development that is worth monitoring.

If the political grapevine in New Delhi is anything to go by, chief minister Arvind Kejriwal’s Aam Aadmi Party is considering deviating from conventional political practice and nominating professionals and field experts to the three Rajya Sabha seats from Delhi that will go to polls in January 2018. And if the AAP manages to deliver on what currently is only an ambitious plan, the Rajya Sabha may among its members former Reserve Bank of India governor Raghuram Rajan!

According to some media reports, the AAP is in the process of reaching out to some professionals from diverse fields with the proposal of having them elected as Rajya Sabha candidates as the party’s nominees. With 66 seats in the 70-member Delhi Assembly, AAP can effectively ensure the election of its candidates to all three Rajya Sabha seats – currently held by Congress’ Karan Singh, Janardhan Dwivedi and Parvez Hashmi – from the state.

The AAP’s wish-list, party sources say, included Raghuram Rajan, an economist of global repute who combines sense, sensibility and style with enormous ease and who, during his stint as Governor of the Reserve Bank of India, had earned a huge fan following in the country – not only for his understanding of the serious issues of finance, economics and policy frameworks but also for his élan and attitude.

Reports in some media publications, on Wednesday, quoted anonymous AAP sources as saying that the Arvind Kejriwal-led party has decided to not field its own leaders for the Rajya Sabha seats from Delhi that will fall vacant early next year. Instead, the party has decided to try its luck at convincing Rajan, an eminent jurist and another prominent social activist to accept the proposal of contesting the polls to the Upper House as AAP candidates.

Rajan, who abruptly left India to take up a teaching role at the University of Chicago following a purported falling out with Prime Minister Narendra Modi on the latter’s infamous demonetisation decision, is yet to revert to AAP leaders on their proposal.

Aam Aadmi Party leaders say they are in talks with some other professionals too for the Rajya Sabha elections but that these individuals have asked the party to not leak their names to the media until they formally convey their desire to the party leadership over contesting the polls.

If Rajan does agree to AAP’s proposal, his presence in the Rajya Sabha could add to the troubles of the Narendra Modi-led government. The Modi government has been under fire for its economic policies – particularly the Prime Minister’s demonetisation decision and the Goods and Services Tax rollout. Rajan’s opposition to the demonetisation initiative is now publicly known and is also touted to be the reason behind his unceremonial departure from the RBI, shortly after Modi forced the note ban on Indians.

Rajan has a keen sense of economic and financial issues. Along with former finance minister P Chidambaram, Rajan could be a major cause of concern for the BJP when the Centre wishes to or is forced to discuss economic issues in Parliament. With the other celebrated orator on issues of economy and social sector, CPM leader Sitaram Yechury, no longer a member of the Rajya Sabha (his term ended earlier this year), the Upper House of Parliament is desperately in need of a member who doesn’t indulge in mere political rhetoric to take on the government but also makes a sound, balanced and not over-the-top argument.

Of course, the AAP’s decision to give away all of its three potential Rajya Sabha seats to ‘outsiders’ instead of obliging its own leaders is likely to create some friction within its top leadership. AAP leader Kumar Vishwas is already upset at Kejriwal and his close aide, deputy chief minister of Delhi Manish Sisodia, trying to sideline him within the party. Vishwas has been vocal about his political ambitions and the desire to be elected as a Rajya Sabha member. Is Kejriwal doesn’t oblige Vishwas, then the poet-politician could rebel, causing some embarrassing moments for the AAP.