Home Latest india news Will the H1B Bill help or hurt US interests? 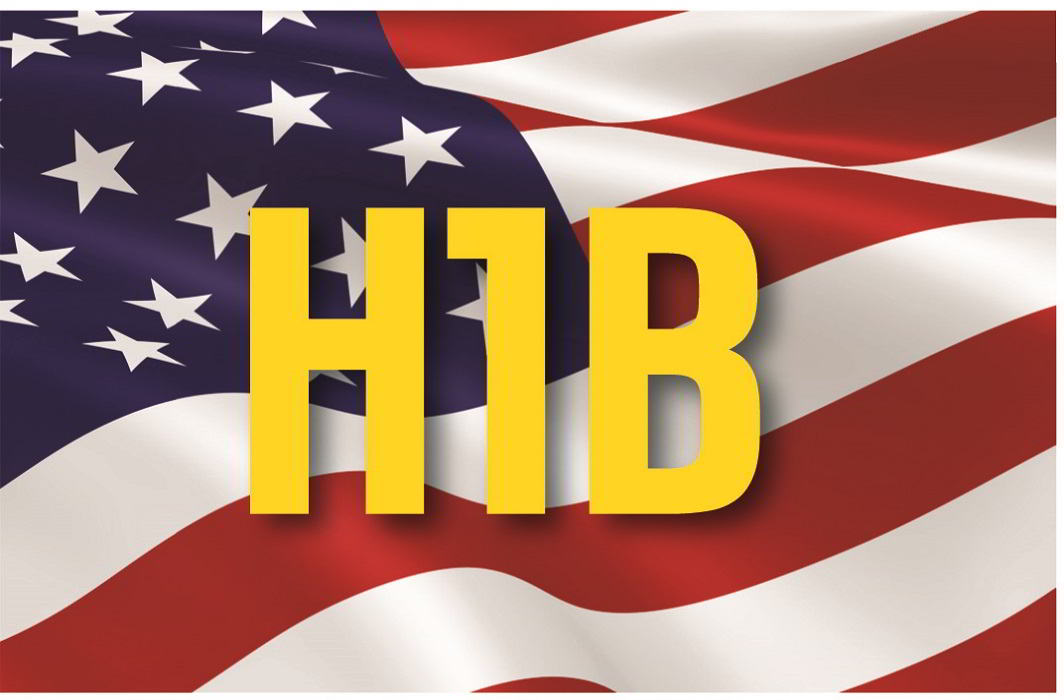 With it, the new administration there intends to hire Americans, but in the end, the visa may prove to be the only way out if its own industries are to survive and thrive

In a somewhat desperate attempt to stop top international technical talent – especially those from India – from ruling Silicon Valley and supposedly depriving local American talent through the cost factor, a bill was introduced in the US House of Representatives which raises the minimum salary of H1B visa holders to $ 130,000. This is more than double the earlier level of $ 60,000.

The bill was introduced by California Congressman Zoe Lofgren. It is called the “High-Skilled Integrity and Fairness Act of 2017”. The raise was based on a survey and the bill suggests that H1B visas be given only to those companies that are willing to pay 200 per cent of the survey average as minimum pay.

The justification is perhaps the median national annual wage for Computer and Mathematical Occupations published by the Department of Labour Occupational Employment Statistics. That median is approximately $ 132,000. So this bill suggests a 35 percentile increase. The master’s degree exemption (for H1B visa applicants) has also been withdrawn, but that was expected.

Interestingly, there has been a 20 percent exemption, annually, on this H1B restriction, for small and start-up employers (50 or fewer employers). Technically, this is so that these small companies can hire cheaper labour to compete with the giants, creating some sort of level playing field. The bill says that this will, somehow, protect against outsourcing.

This presents an Achilles’ heel, which we will come to in a while, but we look at the situation this has created in India first. Indian tech stocks plummeted at the Bombay Stock Exchange and at the tech-heavy NSE.

The following are stock market indications:

Even American IT stocks across the board were down on an average of 1 percent.

Before looking further into the cause and effect of the bill, one needs to listen to the justification made by Congressman Lofgren. He has been quoted in the media as saying: “My legislation refocuses the H-1B programme to its original intent – to seek out and find the best and brightest from around the world, and to supplement the US workforce with talented, highly-paid, and highly-skilled workers who help create jobs here in America, not replace them.”

Fair enough, but while the lion’s share of Indian tech giants’ revenues comes from the US and while around 60 percent (more or less) of their employees hold H1B visas, US tech giants would also be hit in the long run. Not for nothing is Satya Nadella the CEO of Microsoft and Sundar Pichai heads Google. They deserved their positions and so do other highly talented Indian techies in the US on H1B visas.

And now we come to the crux of the problem. The H1B visa isn’t all for IT experts and fresh techies wanting to join Microsoft or Google or Intel or any such company. H1B is also for bright students joining the pharmaceutical industry as researchers, mathematicians, and several other areas.

There are ten broad areas of occupation that can draw H1B visa applicants, and only one among them is “Computer Science & IT, and Telecom Occupations”. The others are:

One would want to ask the Congressman how he intends a “small” player in, say, the pharmaceutical industry to use some of the exempt H1b visas to research and develop a new drug that will then need extensive testing, needing huge  funding. How does a small company manage to raise that level of funding?

If the purpose of the legislation was to throttle cheap foreign talent in the IT industry, this could well have a sad ripple effect elsewhere.

Problem No. 2 rises from the very two reasons outsourcing and H1B visas came into existence for the US IT industry: Cost and talent.

All of Silicon Valley started small, very small. And the principal reasons for their meteoric rise were just two: A brilliant idea that could change the way of life and a business model that could create massive footprint, leading to incredible return on investment.

The promoters and the venture capitalists and/or banks gathered around them talent that was available in the country and set about realising their dreams. Along the way, there was need for more talent where brainstorming sessions could yield more than what was bargained for. That was where it was realised that the US does not create the requisite numbers in brilliant students/professionals that was essential to man these units and sessions. (See box and US census bureau graph)

Importing talent was the only way out, just as American talent sets up oil producing rigs—on land and offshore—in the Midwest. It would be interesting to note how the US would react if the Arab countries had designed a similar visa format and restricted US skill entry.

It happens all across the world. The Indian companies are taking on the losses today, but they are nimble, and they do have the talent pool. They have already started hiring Americans in the many Indian projects and companies in the US and while the new legislation will hurt their bottomlines, the cost will ultimately be passed on to the consumer. One guesses the US consumer would be the biggest loser in this.

This could be a reverse IP challenge for Americans. In the pharmaceutical sector, for instance, while the per unit gain may be small in sales [for the US], the massive market that exists outside the US can assure similar returns for the drug, whose IP will be India (or China)-owned

A US Census Bureau report (Link: http://www.census.gov/content/dam/Census/library/publications/2016/demo/p20-578.pdf ) highlights the following disparities under the heading “Educational Attainment in the United States: 2015”:

In 2015, the majority (88 percent) of adults were at least high school graduates and more than half (59 percent) had completed some college or more. One out of three adults (33 percent) reported they had a bachelor’s degree or more education, and 12 percent reported an advanced degree, such as a master’s, professional, or doctorate degree. Educational attainment varied by age, sex, race and Hispanic origin, nativity, and disability status.

There will be options

As for software for Indian and Chinese consumers, options can be easily developed for every existing common software needed for the regular market. For all specialised applications developed, such as logistics for railway or airline systems, they are already being developed by Indian firms in the US, with offshore research. The price escalations in these will be borne by the consumer, mostly western.

Then there is the India-China domestic market factor. Agreed, that the US market is by far the largest today, for IT. However, with the India-China economic growth, there will be need for companies—even western ones that would set up facilities abroad—based in these countries to develop proprietary software that will then earn IPs under that country’s law, namely, say, India.

How will that benefit consumers in the US? This could be a reverse IP challenge for Americans. In the pharmaceutical sector, research and detailed tests may be shifted to these countries and with lax drug testing laws, these drugs will come on to the international market beyond the legislation and watch of the FDA. While the per unit gain may be small in sales, the massive market that exists outside the US can assure similar returns for the drug, whose IP will be India (or China)-owned.

H1B protects not just talented individuals to the US from, say, India. It also protects the Americans from a world of invention that they would have priced themselves out of.

While hiring Americans, as per President Donald Trump’s exhortations, is a good thing in itself, Trump has to understand that to fill top technical posts with Americans, the country first has to have those talented people.

As per latest reports, the US does not. H1B is the way out, one way or the other.