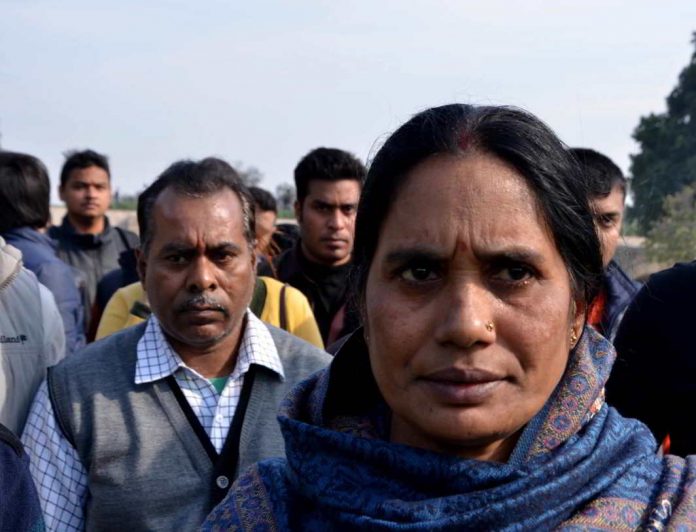 All the four convicts in the Nirbaya gang-rape and murder case — Vinay Sharma, Akshay Singh, Pawan Gupta, and Mukesh Singh — were hanged to death on Friday 5:30 am at Tihar jail.

After the hanging, jail authorities said, ‘This is a historical day, as for the first time, four men have been executed in Tihar.’

‘As soon as they were executed, I hugged my daughter’s photo. Justice was delayed in this case, but not denied. Today all the women in India will be confident and happy because they too wanted them hanged. Women across the nation will feel safe now,’ said Nirbhaya’s mother Asha Devi.

The Supreme Court heard the matter at night where Pawan’s juvenility claim was also raised along with the claim that the second mercy was rejected by the President without considering it with an open mind. Advocate Khwaja appearing for the convicts submitted, “President’s decision was not taken in bonafide manner. President has not taken the decision with open mind nor with due application of mind.” The Supreme Court rejected both the prayers.

Earlier, three of four convicts in the case approached the International Court of Justice (ICJ) seeking a stay on the execution of their death sentence, news agency ANI reported. The execution date set by the Trial Court had also been deferred three times.

There were a total of six convicts in the matter out of which one Ram Singh committed suicide while he was in custody and the other one was a juvenile who was released after serving three years in a juvenile correctional facility.

Karnataka Water Resources minister Ramesh Jarkiholi got into a controversy on Tuesday as a CD emerged on Tuesday showing him in a compromising position with a woman. It was released by social activist Dinesh Kalahalli
Read more
Load more