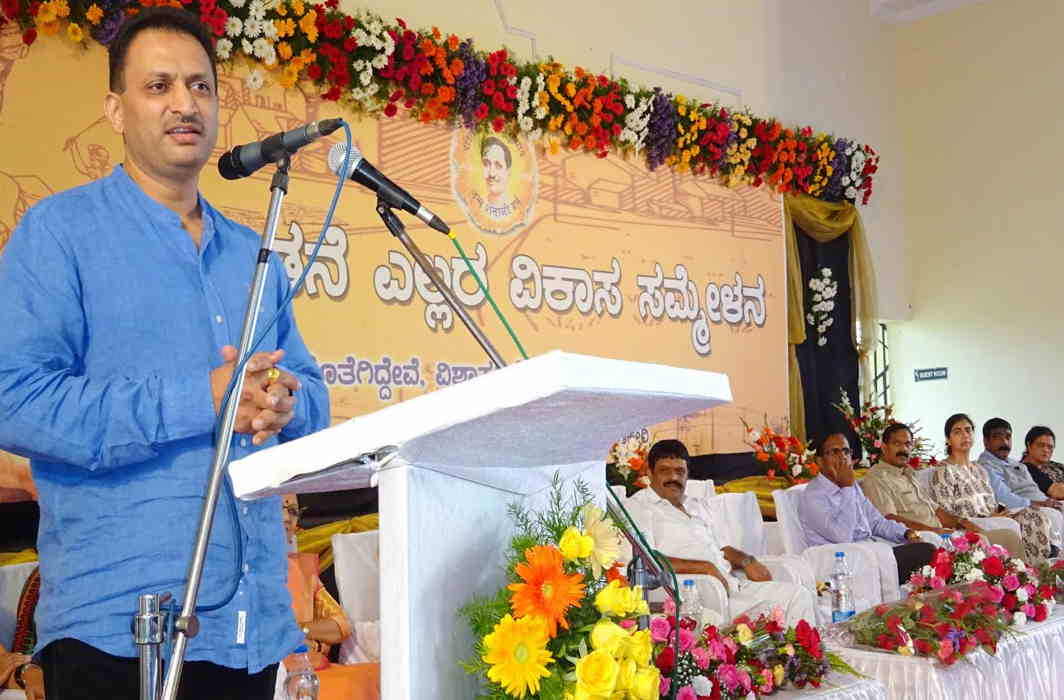 Stirring a fresh controversy over the Karnataka government sponsored Tipu Jayanti celebrations, Union minister for Skill Development and the BJP’s Lok Sabha MP from Uttara Kannada, Anant Kumar Hegde has asked the state’s chief secretary to keep his name out of the list of invitees for the event that celebrates the birth anniversary of Tipu Sultan, the 18th Century ruler of Mysore.

Hegde, a known Hindutva hardliner who has often made headlines for his radical, anti-Muslim views, has opted out of the Tipu Jayanti celebration that his party has opposed since the Congress-led Karnataka government initiated it in 2015. The Union Skill Development minister’s remarks on Twitter and in the letter he wrote to the Karnataka chief secretary over his reasons to stay away from the function are rabid and have triggered a war of words between the BJP and the Congress.

Conveyed #KarnatakaGovt NOT to invite me to shameful event of glorifying a person known as brutal killer, wretched fanatic & mass rapist. pic.twitter.com/CEGjegponl

Hegde also shared a copy of the letter that his personal secretary wrote to the state’s chief secretary, SC Khuntia, regarding his decision to stay away from the event that has been a polarising issue since it was first celebrated.

The letter states: “The instructions (to not include Hegde’s name in the list of invitees) may be brought to the notice of all departments in the State celebrating Tipu Jayanti.” In 2016 too, Mr. Hegde had said he condemned the Karnataka government’s decision to celebrate Tipu Jayanti “despite stiff opposition” from a section of the people and claimed that the former ruler of Mysore who is hailed by historians as a Indian freedom fighter for resisting the British East India Company in four wars was “against Kannada language and was anti-Hindu”.

Hegde has found himself in the middle of a controversy several times. While his derogatory remarks about Islam have drawn criticism, he was also accused of assaulting a doctor in Uttara Kannada earlier allegedly because the doctor refused to treat Hegde’s ailing mother on priority basis even as several other patients waited their turns for getting medical attention.

Karnataka chief minister Siddaramaiah has hit out at Hegde for refusing to be a part of the Tipu Jayanti celebrations.

“As part of the government, he shouldn’t have written it,” Siddaramaiah said, according to news agency ANI. “It is being made into a political issue. There were four wars against British and Tipu fought them all,” the Karnataka chief minister said.

Tipu Sultan, the former ruler of Mysore, evokes intense admiration and hate in equal measure. He is hailed as a freedom fighter for fighting the British, but his critics — the BJP and the Sangh Parivar — say he killed Hindus and Christians for during his expansion into the region in the late 1700’s. Tipu was killed while leading his army against the British in 1799 during the Battle of Srirangapatna – his fourth encounter with the armed forces of the British Empire.