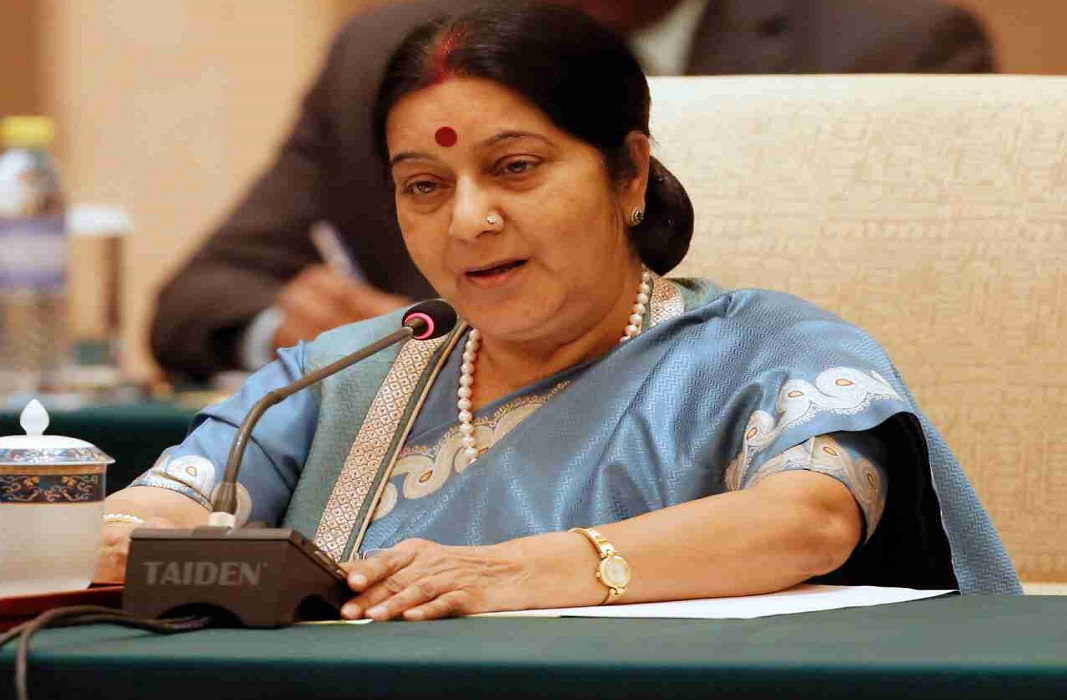 Under attack from the Opposition for allegedly misleading Parliament and the nation on the status of the 39 Indians who have been missing from Mosul in Iraq since 2014, Minister for External Affairs Sushma Swaraj, on Wednesday, declared that she had done no such thing and that declaring a person dead without any proof was a sin that she will not commit.

Making a suo motu statement in Lok Sabha amid protests by Opposition members, especially from the Congress, Swaraj said: “Whatever I have done is with the permission of the House. I repeatedly told the House that I don’t have solid proof of either – their being killed or being alive.”

Asserting that she “will not give up” on getting concrete evidence of the whereabouts of the 39 Indians who have been missing since they got caught in the crossfire in Mosul in June 2014 when the ISIS militants raided Iraq’s second largest city, Swaraj said: “This file will not close till there is proof that the 39 Indians are dead.”

While members of the Congress, led by Mallikarjun Kharge who claimed that the Lok Sabha Speaker had disallowed any questions to be raised on Swaraj’s statement, lashed out at the minister, she said: “one person, Harjit Masih, who was also abducted along with the 39 Indians but had managed to flee from captivity, had said the Indians were killed but six sources had told the government that they are alive. There were contradictions in Masih’s version. That is why I told our embassy to find out more details.”

Claiming that after she heard Masih’s story she “told the embassy to search the whole of Mosul, and around…you will find the 39 bodies somewhere, or blood stains would be there”. Giving details of what followed, Swaraj added: “I told the embassy that the Islamic State has a habit of issuing lists if they kill many people of a country…We did not find any bodies, list, video or any photo.”

Swaraj explained that according to the information that has been received about the missing Indians so far, the group was caught at the Mosul airfield, and taken to a jail, after which they were put to construction work, and then farming, before being taken to Badush jail in 2016… “But after that there has been no contact.”

It was after recent media reports claimed that the Badush jail had been demolished in an ISIS attack that the Opposition’s tirade against Swaraj and allegations of her misleading the Parliament began.

No one including their families will ask me anything after that…but declaring anyone dead without proof is a sin and I won’t commit a sin.”

“We can’t even take them from the category of ‘missing’ to ‘believed to be dead’. I will not take this crime on my head,” the external affairs minister said, adding: “People who are convinced that they are dead and I am lying are free to tell their families that those Indians are dead. But if anyone turns up alive, then it is their responsibility.”