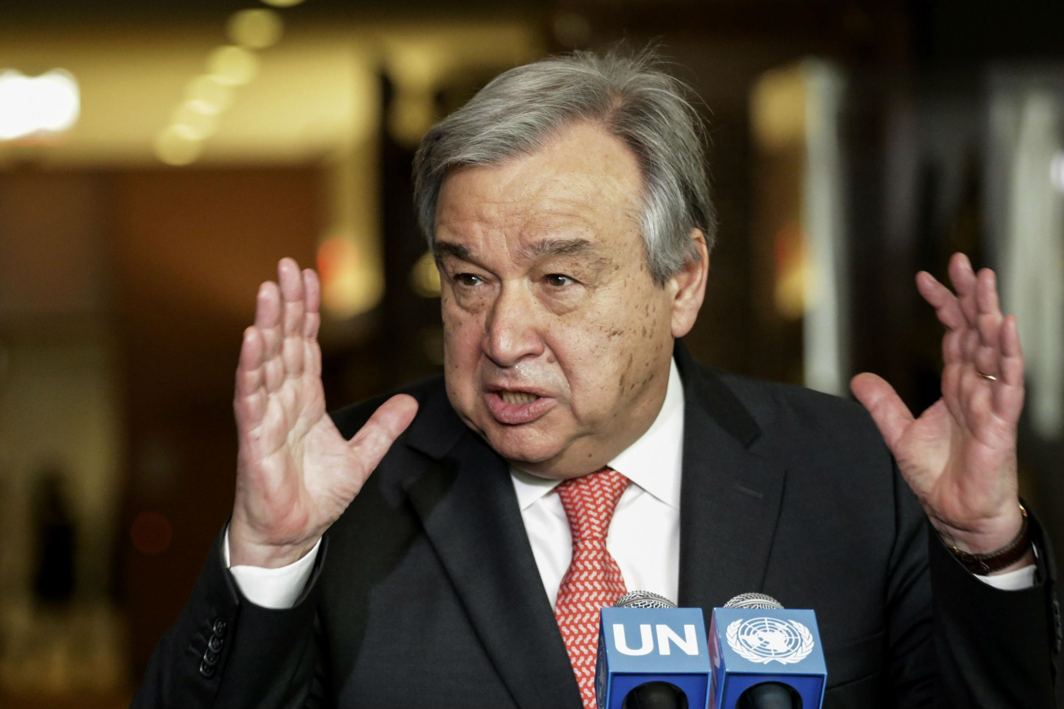 Does not claim mediating on the issue

United Nations Secretary General Antonio Guterres has disclosed that he was engaged in bringing about a dialogue between India and Pakistan to resolve the Kashmir issue.

The UN Chief was responding to a question on whether he is engaged in bringing about dialogue between the two south Asian neighbors during a press briefing at UN Headquarters in New York on Tuesday. Guterres said with laughter, “Why do you think I met three times with Prime Minister of Pakistan and two times the Prime Minister of India.”

UN Secretary General was recently being criticized for shying away from his responsibility in defusing tensions between India and Pakistan over Kashmir issue. In his first press briefing after assuming office in January this year, Antonio Guterres was quoted as saying “for someone accused of doing nothing, it is quite a number of meetings”.

He did not indicate that he would act as mediator between the two countries.

Modi and Guteress met in St Petersburg earlier in June on the sidelines of International Economic Forum Summit. The two leaders stressed on multilateralism to address global challenges such as terrorism.

Pakistan has been continuously raising Kashmir issue at the UN for seeking its intervention in the Kashmir issue. However, India has always maintained that Kashmir is a bilateral issue with Pakistan.