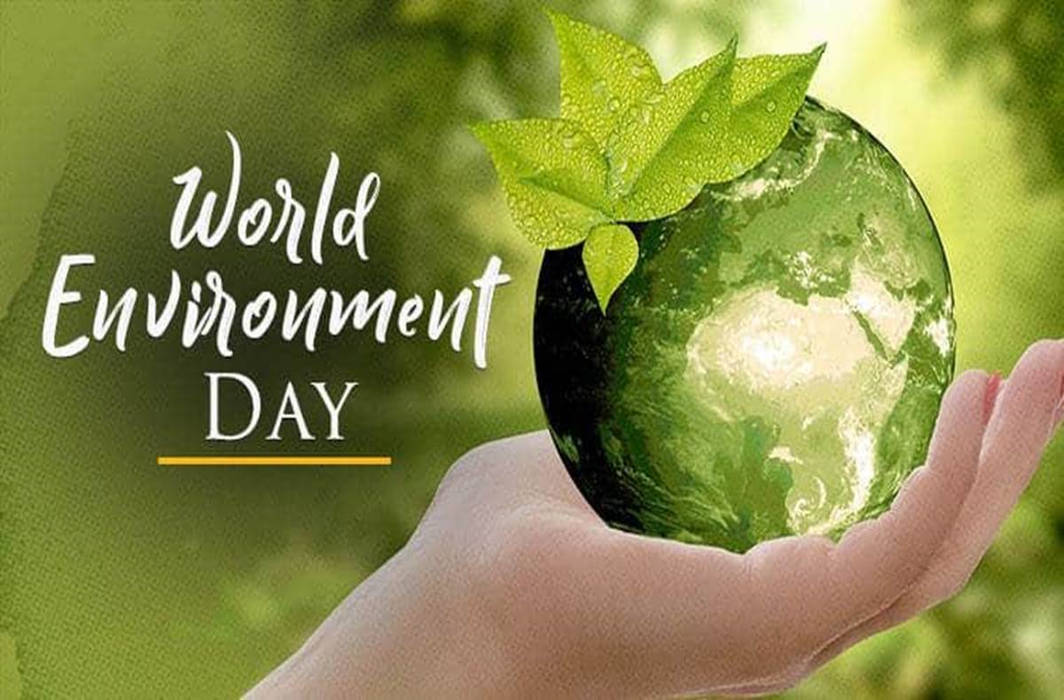 With ‘beat air pollution’ as the theme for World Environment Day 2019, India’s environment minister Prakash Javadekar launched a campaign for greening the country, urging people to plant a sapling and post a selfie on social media: a #SelfiewithSapling campaign.

The UN had started World Environment Day celebrations in 1974, to be held annually on 5 June, to combat problems of environmental degradation. Every year, the UN marks a different focus to commemorate the day. The country hosting the main event for the year chooses the theme for World Environment Day.

India hosted 2018’s World Environment Day focusing on tackling the widespread use of plastic with the theme ‘Beat Plastic Pollution’. This year, China took over the task, choosing ‘Beat Air Pollution’ as the theme.

The UN has fixed ‘Mask Challenge’ as the main event for this year. It has urged individuals around the world to choose an action that they will undertake to reduce air pollution, photograph themselves performing the task while wearing a mask and then share the image on social media, tagging other organisations or individuals they wish to get involved in the challenge. Besides this, many other smaller teams and individuals are also carrying out projects to contribute to the cause on the occasion of World Environment Day.

The United Nations tweeted: “9 out of 10 people worldwide are exposed to air pollutants that exceed @WHO air quality guidelines. This is lowering life expectancy & damaging economies across the planet.”

"9 out of 10 people worldwide are exposed to air pollutants that exceed @WHO air quality guidelines. This is lowering life expectancy & damaging economies across the planet." -- @antonioguterres' call to #BeatAirPollution on #WorldEnvironmentDay: https://t.co/a4ne2nWXjZ pic.twitter.com/KQLOw2iMPq

State of air – Air pollution is responsible for 12.5 per cent of all deaths in India. Its impact on children is equally worrying. Over 100,000 children below the age of five die due to bad air in the country. While India was one of the first countries to pledge the phasing out of non-electric vehicles, its national scheme to promote the sale of e-vehicles is yet to pick up. Against the target of 15-16 million e-vehicles by 2020, the county had 0.28 million vehicles till May 2019.

Sustainable development – Climate change poses the biggest economic threat in the world today and features prominently in the UN Sustainable Development Goals 2030. With just 10 years to go, India is yet to identify indicators to track its climate change preparedness. Of the 13 SDGs the country is tracking, indicators exist for only a handful of the targets.

State of water – Both surface and groundwater in the country are under stress. 86 water bodies are critically polluted. The bulk of the polluted water bodies are in Karnataka, Telangana and Kerala. One of the reasons is the substantial increase (136 per cent) in the number of grossly polluting industries between 2011 and 2018. Groundwater is also reeling under overexploitation, which is running 94.5 per cent of all minor irrigation schemes in the country. There has been an unsustainable increase in the number of deep tubewells that has gone up by 80 per cent between 2006-07 and 2013-14.

State of land and agriculture – India’s farm sector is under duress. While the input costs for major crops are rising, the average farmland size is shrinking. Even the share of the insured cropped area stands at a dismal 26 per cent.

State of cities – By 2050, India is projected to add 416 million urban dwellers to the world’s urban population and will be home to about 58 per cent of the total global population. Keeping this in mind, India in 2015-16 announced its ambitious plan of creating 100 smart cities. Four years later, only 21 per cent of the allocated funds for the smart cities have been spent. In the meanwhile, most urban cities have a sizeable population living in slums, which are unfit for habitation. India has 2,613 towns with slums. Of them, 57 per cent are in Tamil Nadu, Madhya Pradesh, Uttar Pradesh, Karnataka and Maharashtra.

State of waste – The burden of solid waste is becoming unmanageable. In fact, 79 major protests against unsanitary landfills and dump yards have been recorded in 22 states in the past three years. Maharashtra, which registered 16 major protests, leaves 43 per cent of its waste unprocessed. While India claims to process 96 per cent of its biomedical waste, eight states and UTs have defaulting hospitals. The country has also recorded a 56 per cent increase in the number of hazardous-waste generating industries between 2009 and 2016-17. At the same time, most of these industries are not properly maintaining their waste inventory, as mandated by the law.

State of energy – India’s natural gas and hydro-based power plants are in shambles. Gas-based plants are running at 24 per cent of their capacity due to the acute shortage of domestic natural gas. Hydropower projects, on the other hand, are running at just 19 per cent of their capacity and their share in total installed capacity has consistently declined since 1962. The country’s progress in renewable energy in 2018-19 has also been dismal. In wind, the country met only 6.3 per cent of the target this year. In solar, it met 5.86 per cent.

State of climate – There has been a 22 per cent increase in India’s greenhouse gas (GHG) emissions between 2010 and 2014. This has been fuelled by the energy sector, which is responsible for 73 per cent of the total GHG emissions. Besides, India phased out ozone depleting substances such as chlorofluorocarbon by 2011, it shifted to substances such as hydrochlorofluorocarbon, which have high globalwarming potential. India continues to bear the brunt of extreme weather events. In 2018, 11 states recorded major extreme weather events that claimed 1,425 lives.

State of forests – India has recently shifted to a powerful forest fire monitoring and alert system, SNPP-VIIRS, which can capture forest fires with better accuracy and precision. In April 2019, the new technology recorded 69,523 forest fires, which was 9.5 times more than that recorded by the earlier technology.

State of wildlife – 37 species were poached or seized in 2018. Of these, 13, including lion, marked an increase over the last year; 161 wild animals were also killed due to road and train accidents

State of employment – India has witnessed a 1.9 times increase in the unemployment rate in the past two years. This has especially affected the youth and the educated. Unemployment rate among people with at least a graduate degree was 13.17 per cent in September-December 2018, up from 10.39 per cent in May-August 2017.