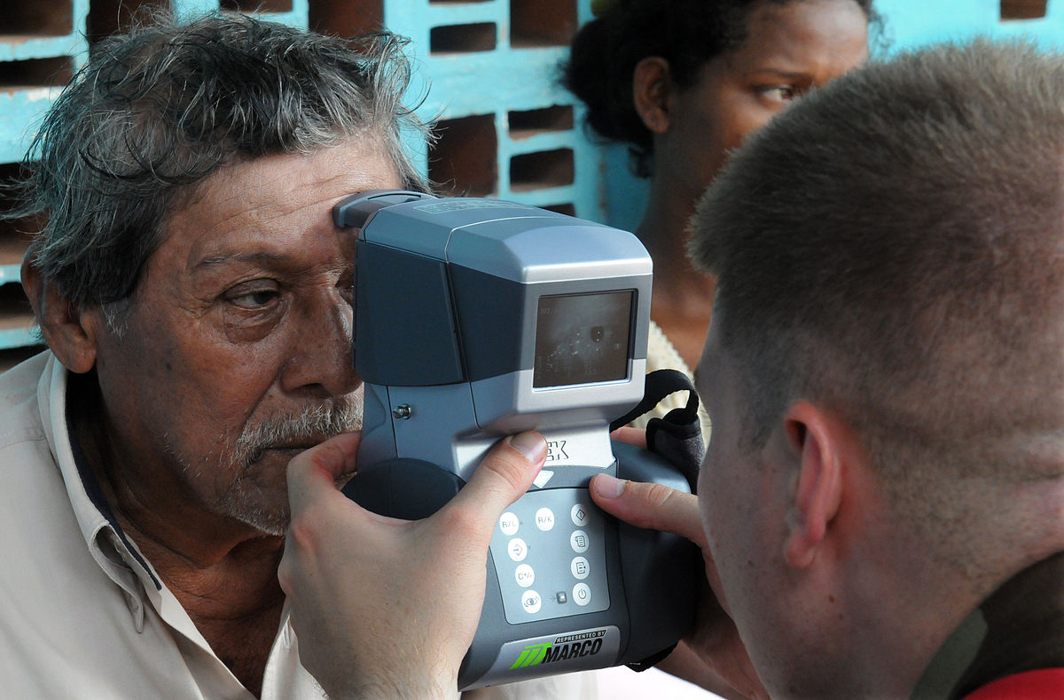 Oxford researchers claim to have carried out the world’s first gene therapy operation to halt age-related macular degeneration (AMD), the leading cause of untreatable blindness in the developed world.

Dry AMD is a slow deterioration of the cells of the macula. It affects the central part of a patient’s vision with gaps or ‘smudges’, making everyday activities like reading and recognising faces difficult.

If successful, the treatment could have a beneficial impact of patients’ quality of life and their ability to remain independent.

“A genetic treatment administered early on to preserve the vision in patients who would otherwise lose their sight would be a tremendous breakthrough and certainly something I hope to see in the near future,” said Robert MacLaren, Professor at the University of Oxford in the UK.

The first person to undergo the procedure was Janet Osborne of Oxford, said MacLaren, who carried out the procedure at the John Radcliffe Hospital in the UK.

Like many people with AMD, Osborne has the condition in both eyes, but it is more advanced in her left eye. As is typical with this condition, the central vision in her left eye has deteriorated and is very hazy, although her peripheral vision is better.

The 80-year-old said that her restricted vision makes household tasks like preparing vegetables and sewing difficult, and she cannot read for very long. She finds it hard to recognise faces.

Osborne said her motivation for taking part in the trial was the possibility of helping others with AMD.

“I wasn’t thinking of me. I was thinking of other people. For me, I hope my sight doesn’t get any worse. That would be fantastic. It means I wouldn’t be such a nuisance to my family,” she said.

The operation involves detaching the retina and injecting a solution containing a virus underneath.

Ideally if successful, gene therapy would only need to be performed once, as the effects are thought to be long-lasting.

A key factor in AMD is the complement system, a system of proteins in our immune system that fights bacteria.

In macular degeneration, these proteins are over-active and start to attack the retinal cells, in a similar way to how they would attack bacteria.

“We are harnessing the power of the virus, a naturally occurring organism, to deliver the DNA into the patient’s cells,” MacLaren said.

“When the virus opens up inside the retinal cell it releases the DNA of the gene we have cloned, and the cell starts making a protein that we think can modify the disease, correcting the imbalance of the inflammation caused by the complement system,” he said.

“The idea of this gene therapy is to ‘deactivate’ the complement system, but at a very specific point at the back of the eye, so the patient would otherwise be unaffected by it, and we hope that in future it will slow down the progression of macular degeneration,” said McLaren.

“We have a better understanding now on the relationship between the complement system and the AMD disease which lead us to the discovery that restoring the balance of a hyperactive complement system could be a potential therapeutic approach in dry AMD,” said Peter Lachman, the scientist from the University of Cambridge.

The aim of the therapy is to halt the progress of the condition and preserve what vision patients have remaining.

If successful, it is hoped that gene therapy can be used in the future on patients with early AMD and so halt the disease before their vision has started to deteriorate.

Five healthy foods to feast on this Navratri!

Supriya Mukerji, a well-known filmmaker and producer of Short Films