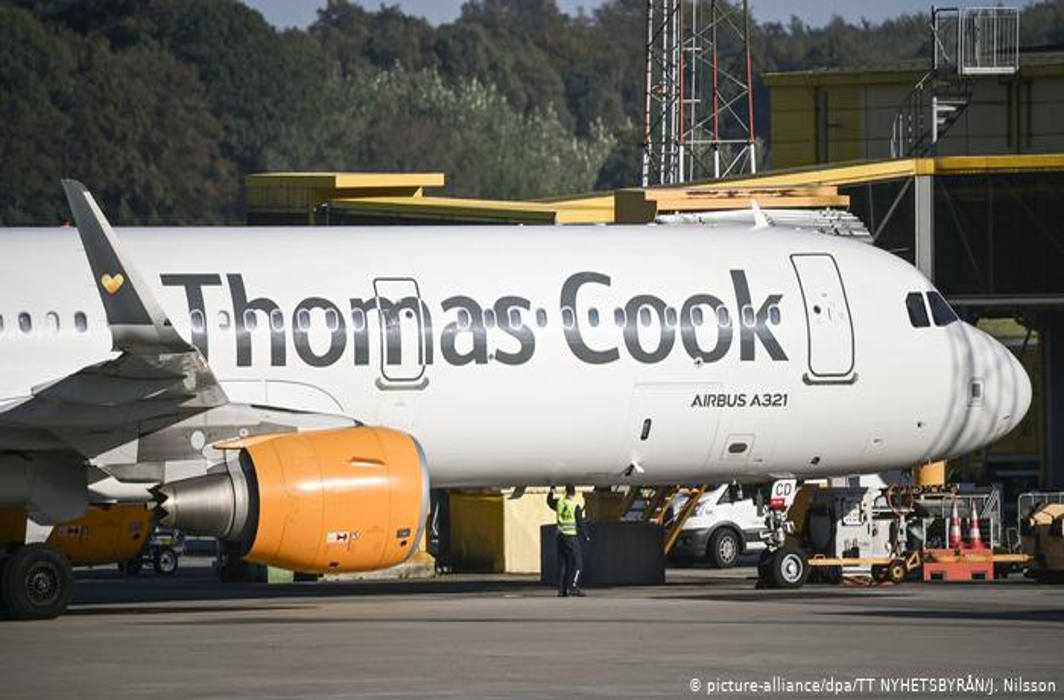 The 178-year-old operator had been desperately seeking £200 million ($250 million) from private investors to save it from collapse.

“Despite considerable efforts, those discussions have not resulted in agreement between the company’s stakeholders and proposed new money providers,” Thomas Cook said in a statement. “The company’s board has therefore concluded that it had no choice but to take steps to enter into compulsory liquidation with immediate effect,” it added.

Chief Executive Peter Fankhauser said it was a matter of profound regret that the company had gone out of business after it failed to secure a rescue package from its lenders in frantic talks that went through the weekend.

“I would like to apologise to our millions of customers, and thousands of employees, suppliers and partners who have supported us for many years,” Fankhauser said in a statement.

“It is a matter of profound regret to me and the rest of the board that we were not successful,” he added.

“This marks a deeply sad day for the company which pioneered package holidays and made travel possible for millions of people around the world,” he further said.

British Prime Minister Boris Johnson pledged to get stranded British travellers home and revealed that the government had rejected a request from Thomas Cook for a bailout of about 150 million pounds ($187.1 million) because doing so would have set up a “moral hazard”.

“It is a very difficult situation and obviously our thoughts are very much with the customers of Thomas Cook, the holiday makers who may now face difficulties getting home we will do our level best to get them home,” he told  reporters on a plane as he headed to the UN General Assembly in New York.

The government said it had hired planes to fly home an estimated 150,000 holidaymakers to the UK, in an operation starting on Monday.

British Transport Minister Grant Shapps said the government had managed to “acquire planes from across the world” to get people home, and call centres had been established to answer travellers’ queries.

Transport Secretary Grant Shapps also announced that the government and UK Civil Aviation Authority has hired dozens of charter planes to fly customers home free of charge,” a separate statement said, describing it as the largest repatriation in peacetime history.

“All customers currently abroad with Thomas Cook who is booked to return to the UK over the next two weeks will be brought home as close as possible to their booked return date,” he said.

The firm’s creditors held a marathon meeting on Sunday, September 22, to try and work out a deal, followed by a meeting of the board of directors.

Reports said a collapse of the group would mean the repatriation of 600,000 tourists, including around 150,000 seeking government help returning to the UK.

Not only the grounding of its planes, Thomas Cook has been forced to shut travel agencies, leaving the group’s 22,000 global employees, 9,000 of whom are in Britain, out of a job.

Holidaymakers had already reported problems, with guests at a hotel in Tunisia owed money by Thomas Cook being asked for extra money before being allowed to leave, according to reports.

Ryan Farmer, from Leicestershire, told BBC Radio Five’s Stephen Nolan the hotel had on Saturday afternoon summoned all guests who were due to leave to go to reception “to pay additional fees”.

With many tourists refusing to pay on the grounds they had already paid Thomas Cook, security guards were keeping the hotel’s gates shut, refusing to allow guests out, or to let new visitors enter.

“We can’t leave the hotel. I’d describe it as exactly the same as being held hostage,” Farmer said.

Thomas Cook in May revealed that first-half losses widened on a major write-down, caused in part by Brexit uncertainty that delayed summer holiday bookings. The group, which has around 600 stores across the UK, has also come under pressure from fierce online competition.

Cabinet maker Thomas Cook created the travel firm in 1841 to carry temperance supporters by train between British cities. It soon began arranging foreign trips, being the first operator to take British travellers on escorted visits to Europe in 1855, to the United States in 1866 and on round-the-world trips in 1872.

The company was also a pioneer in introducing “circular note” — products that would later become traveller’s cheques.