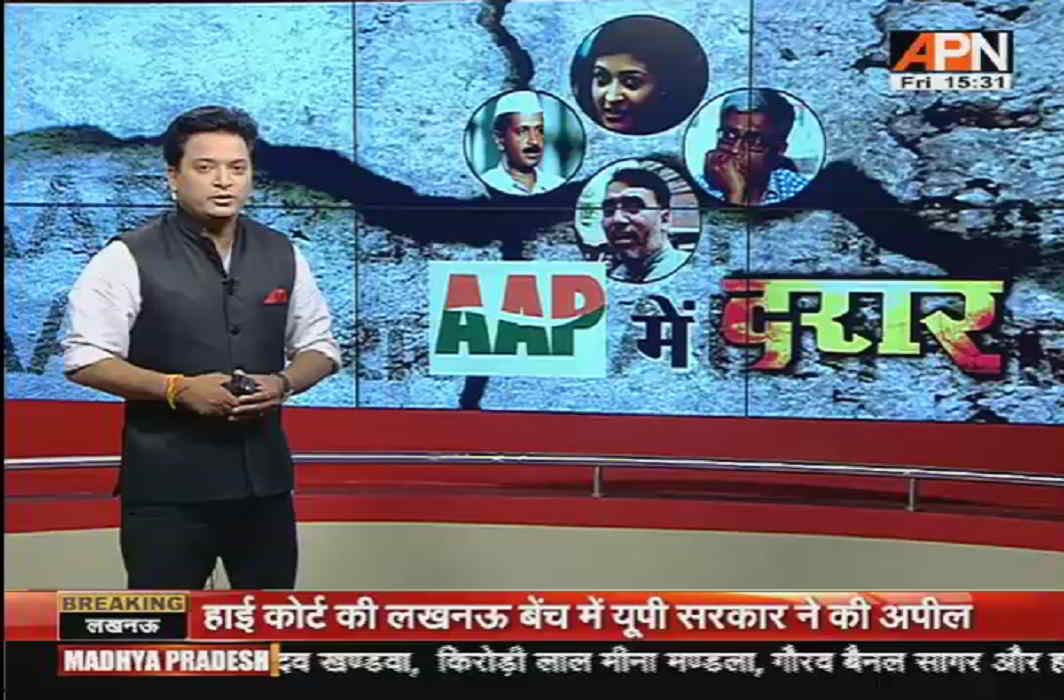 The debilitating loss in the Delhi municipal polls has left the AAP leadership unsteady.

The Aam Aadmi Party (AAP) seems to find itself in troubled waters after losing the recent elections to the three Delhi municipal corporations, which saw the BJP whitewash AAP by winning 181 of the 270 seats for which polls were held.

With the municipal loss in the background, unconfirmed reports said 25 AAP MLAs were exploring possibilities for “defining” their future course of action. iT is suspected that Delhi may witness a mid-term election in case of defection by a large number of legislators. Some of the disgruntled MLAs have been speaking of Chief Minister Arvind Kejriwal’s dictatorial attitude for their rebellious reaction.

APN carried a 30-minute Special Report on April 28 covering different developments surrounding the party. The issues discussed in the show included rising number of disgruntled legislators, spate of resignations after MCD results, decline of vote percentage in civic body polls, the possibility of 21 MLAs being disqualified on office of profit issue, and the reasons for the internal rifts in the party.

The Special Report opened with coverage of Kejriwal taking the pledge of allegiance of the recently-elected councillors. It was reported the AAP leadership was worried about its declining popularity, evidenced in the MCD election debacle.

During the course of his address, Kejriwal spoke of the BJP trying to break AAP via defections. He said that even if they leave the party, they will never feel satisfied in front of God. He asked them to keep their mobile recording to defuse such efforts.

The show also discussed the resignation by Dilip Pandey, the convener of AAP Delhi unit and Sanjay Singh, in-charge of Punjab unit after MCD results. It was analysed that this move was aimed at silencing the rebellious leaders.

Moreover, Mayank Gandhi, one of Kejriwal’s former associates, is said to have  cursed the party leadership. He said that the Kejriwal of yore has died and has been replaced with a politician who wishes to be Prime Minister in 2019.

The internal rift among the party members and leaders was also discussed during the show. The AAP leadership took stock of the situation after their loss in MCD elections. They have alleged that tampering of Electronic Voting Machines (EVMs) was responsible for their loss.

The Special Report comprehensively spoke of AAP’s diminishing influence and predicted more turbulence in the near future.