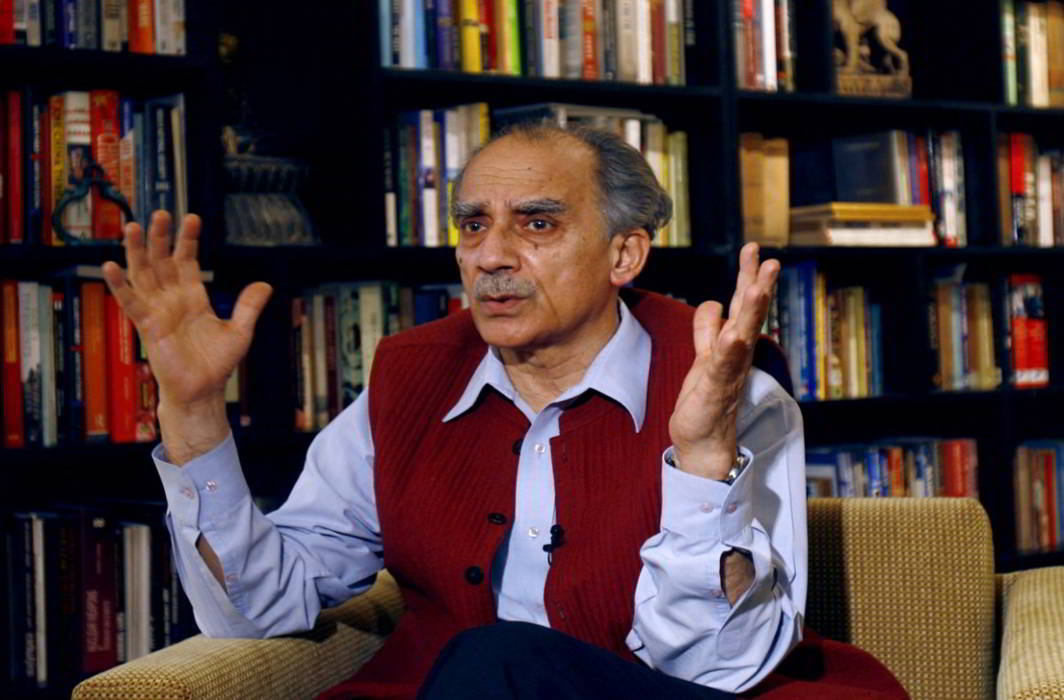 Terming demonetisation “the largest money-laundering scheme ever conceived and implemented entirely by the government,” Shourie told news channel NDTV in an interview that Modi’s noteban which rendered out 86 per cent of the currency circulating in the economy as no longer legal tender was “idiotic jolt”. The former union minister and veteran journalist said that demonetisation had little impact on curbing the shadow economy – Modi’s stated objective for behind the move – and that “everyone who had black (money) converted it into white”.

The former Union minister went on to say that while demonetisation “was a bold step. I have to remind you, suicide too is a bold step.”

Shourie’s comment on black money having been “converted into white” is backed by the recent RBI report which suggested that nearly 99 per cent of the banned Rs 500 and Rs 1000 currency notes had been returned to banks. He added that none of the government’s arguments in support of demonetisation had yielded fruit. “Which argument today survives? Black money? All of it turned white. Terrorism? Terrorists are still coming into India. At the end they have nothing to say,” he pointed out.

The senior BJP leader who held the disinvestment portfolio in former Prime Minister Atal Behari Vajpayee’s NDA government also slammed the Modi regime’s implementation of the Goods and Services Tax (GST) stating that the “important reform” was implemented “poorly”. Shourie emphasised that “rules (for the GST rollout) have been amended seven times within three months” and insisted that what makes it worse is the “event management of the GST…A tax reform is being compared to the independence of India (a reference to the ‘stroke of the midnight hour’ like rollout of GST on July 1 this year).”

The BJP leader didn’t spare his party’s national president Amit Shah, calling him “that famous economist” while slamming his comment in which he had sought to blame the dip in India’s GDP growth rate on “technical reasons” and not the aftermath of demonetisation and GST rollout as is largely believed. 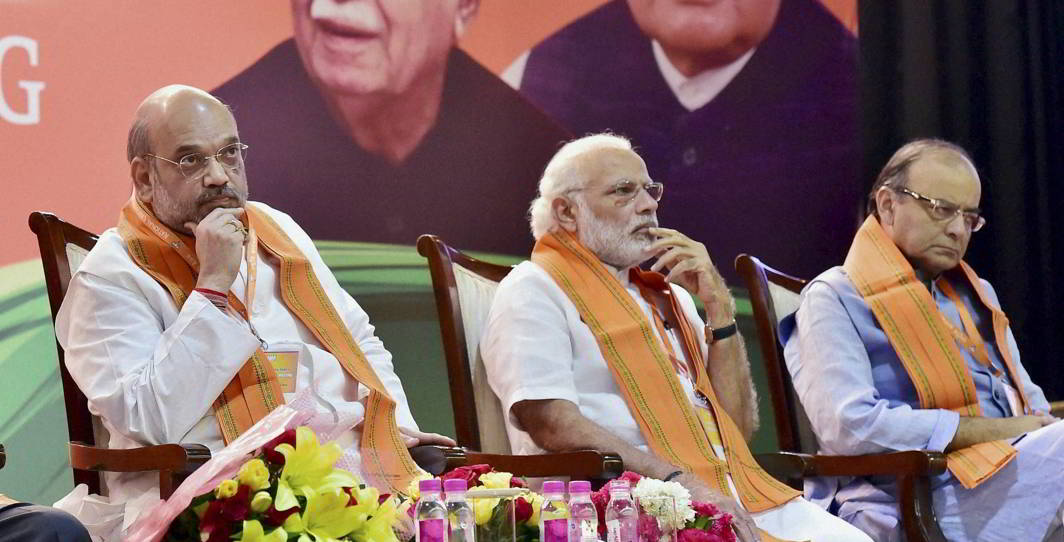 He said that the Modi government was functioning in a “sealed echo-chamber” and claimed that “They (those in the government) don’t hear what is happening… The distress the RBI has documented of small and medium enterprise. These poor fellows had been clamouring and shouting. Nobody heard them (sic)”.

Taking a dig at the Modi government’s proclivity for organizing mega-events to unveil all their programs, Shourie said: “Their core competence is event management. They are so self-satisfied with it. They are just briefing each other, not listening to others… They are concerned about 300-feet statute, bullet trains etc.”

Shourie also made it a point to throw figures and data at the government to back claims of an economic downturn. Stating that attacks against the government over the slowing pace of the economy was based on hard facts, Shourie said: “those facts emerge from official reports such as The Economic Survey, the RBI surveys, the SBI’s report etc. Is it a fact or not that GDP has collapsed to 3.7 per cent according to the old series? Is it a fact or not that index of industrial production has gone down from about 9 per cent in 2015-16 to about 1.7 per cent in April to July?”