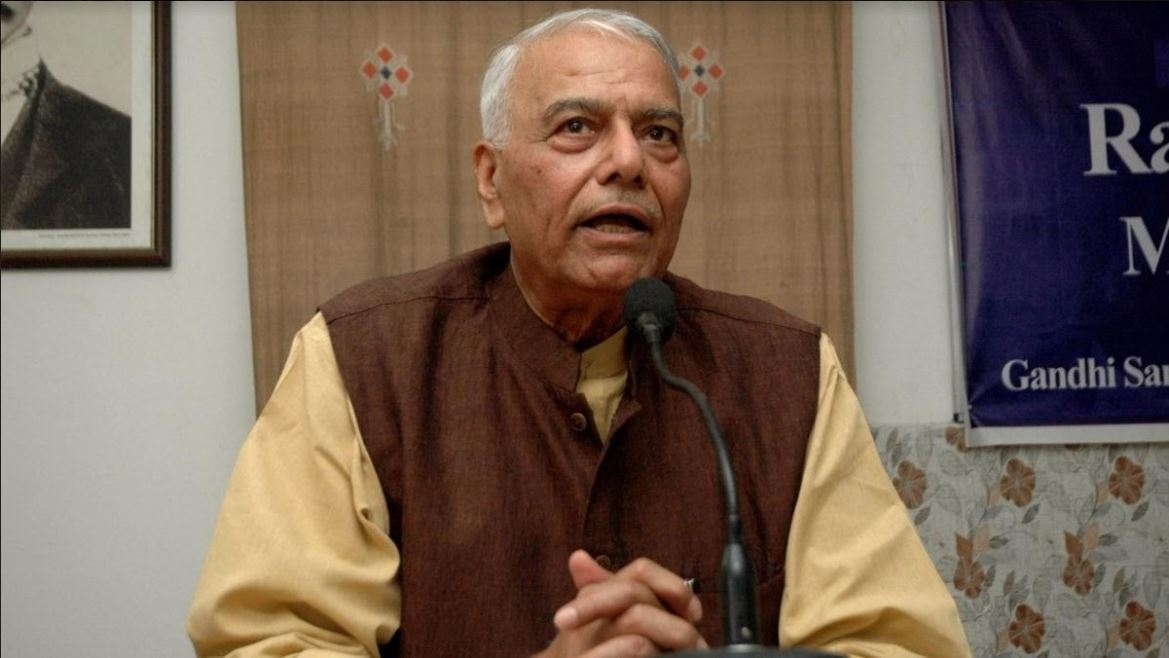 Leading a fresh attack against his party, this time in Maharashtra on the issue of problems being faced by farmers in the state’s drought-prone Vidarbha region, BJP veteran Yashwant Sinha was, on Monday evening, detained by the police in Akola district.

Sinha, who had in recent months become a vocal critic of his party on a slew of issues related to the state of the Indian economy and social unrest, was leading a protest by cotton and soybean farmers in the Vidarbha region.

Akola district Superintendent of Police, Rakesh Kalasagar confirmed that Sinha, a former Union minister and presently member of the BJP’s margdarshak mandal (team of patrons), along with around 250 farmers was detained “outside the district collector office as per provisions of section 68 of the Bombay Police Act”.

While the police reportedly told Sinha that he was free to walk away from the protest site, the BJP veteran struck a defiant note and dared the police and district administration to file an FIR against him and place him, and the protesting farmers, under arrest.

“I wish to tell the police, district administration and the state government that if we are formally arrested and released and they think that we will go home, then they are under wrong impression. You are seeing the mood of farmers now. We won’t be responsible for what happens (sic),” Sinha was quoted as saying by news agencies.

With Sinha adamant about staying put at the protest venue, the police was forced to take him and the agitating farmers to the Akola district police headquarters ground where they were placed under detention till the wee hours of Tuesday.

“We are trying to convince Sinha that the government is sensitive towards farmers issues. We have told him that if he wishes, he is free to leave,” Akola district collector Asit Kumar Pandey told news agency PTI shortly before the detainees were released. Pandey said that the BJP warhorse insisted that FIRs be lodged against bogus Bt cotton companies even though the Devendra Fadnavis government in the state had taken “strict action and filed FIRs against six such companies”.

“Before coming to power, the BJP had promised to give 50 per cent over and above the minimum support price (MSP). But after coming to power, the party forgot the promise. Just as Indian soldiers carried out surgical strikes across border, the farmers will also carry out a surgical strike against the government till justice has been done (sic),” Sinha had said at the rally.

The farmers, under the aegis of the Kapas Soyabean Dhan Parishad, have sought purchase of all farm produce by the Fadnavis government at the promised MSP, Rs 50,000 per acre compensation for cotton farmers affected by pink boll- worm disease, along with resolution of issues related to farm insurance and relief for drought-affected villages.