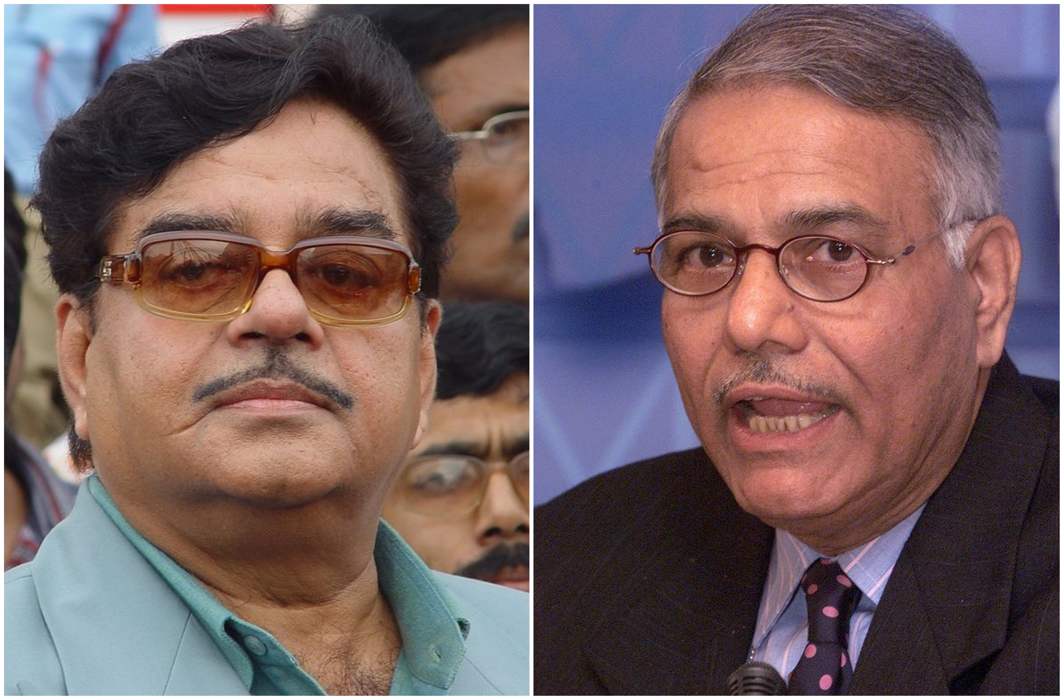 Krishna Saagar Rao alleged that Yashwant Sinha and Shatrughan Sinha become vocal against the party only when BJP goes for an election.

Lashing out at BJP leaders former Union Minister Yashwant Sinha and actor-turned-politician Shatrughan Sinha, party spokesperson from Telangana, Krishan Saagar Rao on Wednesday said that the senior leaders should resign if they have a “problem” with governance. Rao further claimed that the ‘complaining’ leaders have already crossed the saffron party’s disciplinary line or the “lakshman rekha”.

Speaking to PTI, Rao said that Yashwant’s Sinha’s outburst against Finance Minister Arun Jaitley is “purely disgruntled remarks of an individual who seeks some participation in the government and he is not provided for”.

He further questioned, “So, only out of that disgruntlement — that he is not being considered for administrative or ministerial position –he is attacking the Finance Ministry and Arun Jaitley. Otherwise, how does it substantiate that his attack is only coming at election time?”

The BJP spokesperson further alleged that Yashwant Sinha and Shatrughan Sinha only become vocal against the party when BJP goes for an election.

“Whenever the BJP goes for election, that is the exact time Yashwant Sinha or Shatrughan Sinha make remarks like these. It happened during Bihar, Uttar Pradesh and now it is happening during Himachal (Pradesh) and Gujarat polls. It goes to show there is a devious plot which is unfortunate that they are trapped in. The BJP considers that somebody else is using them,” said Rao.

Veteran B-town actor, Shatrughan Sinha recently said that BJP would be able to live up to people’s expectations only if it ceased to be “a one-man show and a two-man army.” On the other hand, Yashwant Sinha – who had been the Finance Minister during the regime of former Prime Minister Atal Bihari Bajpayee – has been on news for criticising the Modi government’s economic policies.

“There were many ‘shahensha’ (king) who brought their own currency. Some even kept previous currency in circulation while introducing the new one. But, there was a shahenshah 700 years back – Muhammad Bin Tughlaq – who introduced his own (currency) while discontinuing the old currency. Thus, we can say that demonetisation was done 700 years back. Though Tughlaq is infamous for shifting his capital from Delhi to Daulatabad, he has also done demonetisation,” said the veteran leader.

Earlier on Tuesday, hitting out at Finance Minister Arun Jaitley, Yashwant Sinha said that the country can ask for the Finance Minister’s resignation over the “failures” in the implementation of the demonetisation policy and Goods and Service Tax (GST) regime. Refraining from making any political comments, the veteran leader said that the policy decisions of the central government have “slowed down the economy” – and there is an utmost need to speak about the country’s “worrying” economic situation.