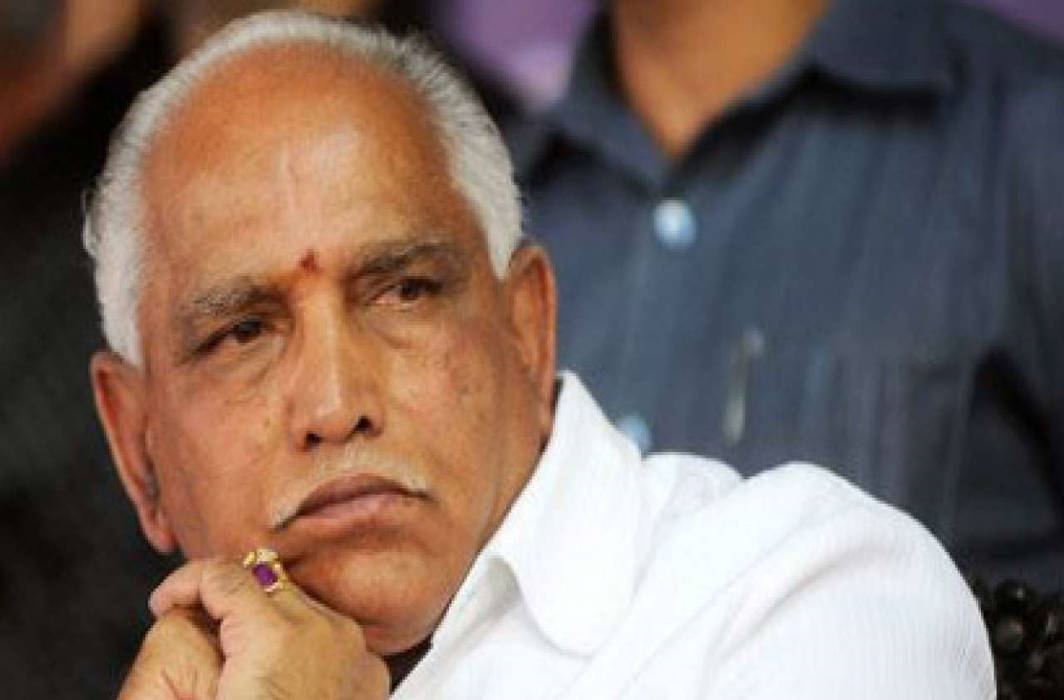 After Prime Minister Narendra Modi, under fire over alleged scam in Rafale deal, came up with the ‘Hum sab chowkidar’ (all of us are watchmen) slogan, BJP leaders and supporters obediently prefixed ‘Chowkidar’ to their names on their social media accounts.

While a petition relating to Rafale deal is pending in the Supreme Court, one of Modi’s leading Chowkidars came under fire with a media exposé about alleged payoffs made by Chowkidar BS Yeddyrappa  to senior BJP leaders, party’s central committee and judges.

The report, carried by the Caravan magazine, mentions a diary in which Yeddyurappa allegedly detailed payoffs he made and money he received. The report alleged that the former Karnataka chief minister paid Rs 1,800 crore to BJP’s national leaders.

The crucial point the report makes is that the Income Tax department has this diary since 2017, which is actionable intelligence, and should’ve started investigating but didn’t.

Copies of diary entries that are with the IT dept note that Yeddyurappa paid the BJP central committee 1,000 crore; Arun Jaitley and Nitin Gadkari 150 crore each; Rajnath Singh 100 crore; and LK Advani and Murli Manohar Joshi 50 crore each.

As the Congress launched an attack on Modi and BJP, Chowkidar Yeddyurappa denied the charges and threatened to sue the party.

He tweeted: “Absolute nonsense, disgusting & desperate efforts by @INCIndia to release such fake diary, prove it at the earliest or face defamation case.”

Absolute nonsense, disgusting & desperate efforts by @INCIndia to release such fake diary, prove it at the earliest or face defamation case. pic.twitter.com/3sMkYTd3Kb

Earlier, the Congress called for a probe into ‘Yeddyurappa diaries’. In a takeoff from ‘KYC’ for customers of banks and other financial institutions, the Congress told voters ‘Know your chowkidar’.

The party’s social media cell put out new graphics to increase pressure on the saffron party. “India doesn’t need a govt. of Chowkidars. India needs a Prime Minister & a Govt that doesn’t ignore but accepts & works towards finding a solution for the huge jobs crises plaguing our nation. India, Beware of these Chowkidars,” Congress tweeted.

Addressing a press conference, Congress chief spokesperson Randeep Surjewala said the Income Tax Department has had the documents written in “Yeddyurappa’s handwriting” since 2017. He questioned why the diaries have not been given to the Enforcement Directorate for further probe as it involves the “highest echelons of power of the BJP”.

Surjewala said, “If there is no truth to this diary then why did the BJP not get an inquiry done on this. If this true then is this not a first-hand report of BJP’s corruption? Why is there no independent inquiry of this? Now there is also Lok Pal and other independent bodies in place. Chor chowkidar is answerable for this.”

He added: “From this diary, five facts come out. Close to ₹2690 crore was sought and ₹1800 crore was given to BJP. Yeddyurappa was the CM during the period. There are his signatures on each page. This was given to BJP’s central team.”

“These are the people who are responsible for the biggest ministries. These are the leaders who are literally running the country,” he said.

R Surjewala, Congress on ‘Yeddy diaries’ said, “BS Yeddyurappa made payouts to senior BJP leaders during his tenure as K’taka CM: It mentions names of senior BJP leaders from Rajnath Singh to Jaitley. There is an allegation of bribe of ₹1800 crore on the top BJP leadership.”

“We have caught a theft and the thief. BJP leaders have been caught in a corruption case.

In a series of tweets, the Congress said: “On 14th Feb, 2017, we had released a video of jail-bird @BSYBJP and Late Shri. Ananth Kumar. In the video, they admitted to keeping a diary and receiving ₹1,000Cr: @rssurjewala #YeddyurappaDiaries”

The Caravan report said Income Tax Officials have been sitting on the “Yeddy diaries” since 2017. A senior I-T official took them to Arun Jaitley with a note asking if further investigation is viable. Jaitley, who is named in the diaries, chose not to act. 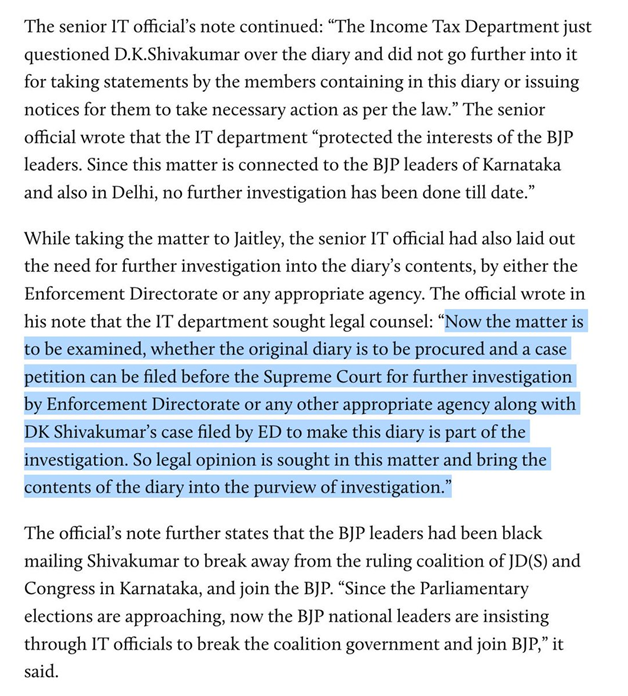