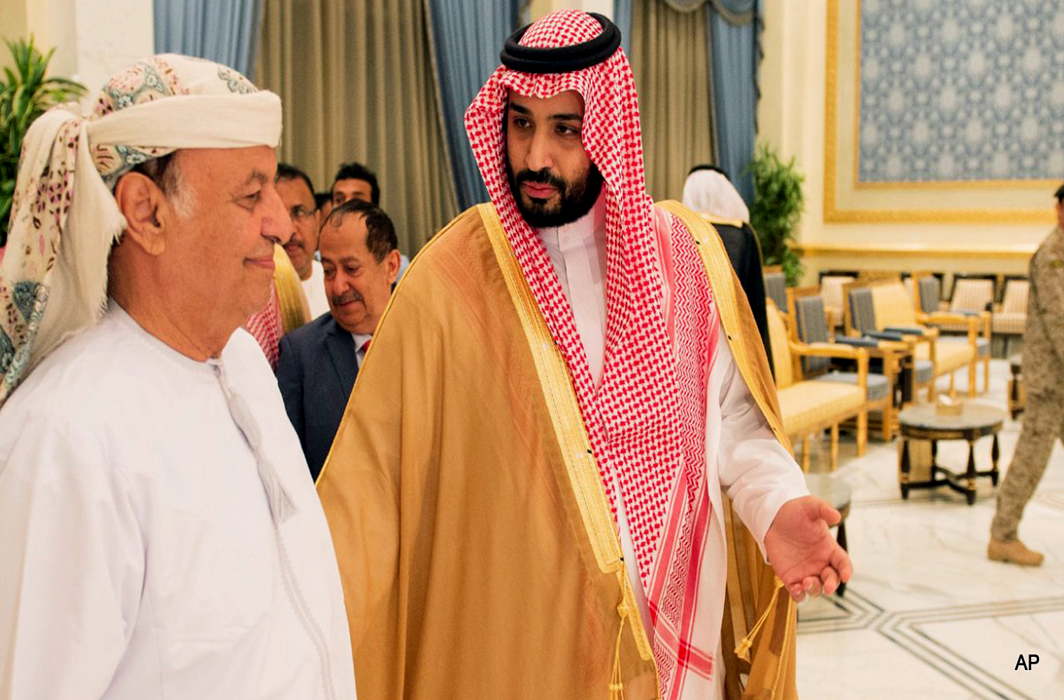 
Pro-Saudi Yemen’s government in exile headed by Abdrabbuh Mansur Hadi has condemned UAE for occupying sea and airports on Yemen’s remote island of Socotra, a day after Abu Dhabi deployed four military craft an more than 100 troops there.

According to Al-Jazeera, the unnamed official has condemned the move as an “act of aggression” saying the UAE soldiers have also blocked Ahmed Obeid bin Daghr, the Prime Minister in the government in exile, and ten ministers from leaving Socotra on Friday.

Earlier some of the pro-Saudi internationally recognized Hadi government officials were based in Aden, the southern port city. Socotra island is considered to be safer from Houthis who have been virtually ruling most of the Yemen’s territory.

The official told the Qatar based Al Jazeera, “The UAE has occupied the airport and seaport of Socotra island, despite the Yemeni government’s presence there. What the UAE is doing in Socotra is an act of aggression.”

Earlier, Hadi government had accused UAE of behaving like an occupier and supporting another group who were not aligned with the Saudi coalition in their fight against Houthis.

The official said that Saudi Arabia has promised to send investigator to Socotra, a UNESCO heritage site which is home to some 60,000 people. It houses a 3,000 meter-long runway, ideal for fighter jets and large military aircraft.

UAE has recently reportedly leased the island  for 99 years and has confirmed carrying out military operation. The images of UAE Crown Prince Mohammed bin Zayed al Nahyan, also known as MBZ, now adorn official buildings. Deployment of UAE troops on the island on Thursday was coincided with a rare visit of PM Daghr, who was welcomed by hundreds of residents and denounced UAE presence on the island.

Yemen’s government in exile headed by Hadi and UAE are partners in the Saudi led coalition fighting against Houthi Ansarullah movement for more than three years.

Socotra island is situated off the coast of Somaliland, where UAE has invested heavily in the commercial port of Berbera, in a move to spread its influence beyond its borders.

Meanwhile, New York Times reports that US has deployed a team of special forces soldiers to Saudi Arabia’s border with Yemen to help locate and destroy caches of ballistic missiles used by Houthis to attack Riyadh.

The newspaper, citing unanimous US officials and European diplomats, said on Thursday that a team of about a dozen Green Berets were sent to the area in December last year.

In another development, Saudi official Al-Arabia network reports that Saudi ambassador to Yemen Mohammed Al Jaber has accused Houthi militia for their “aim” to impose a Hezbollah-style regime in that country.  He has reportedly said this during a meeting with Arab Coalition’s Col Turki Al-Maliki in Vienna on Thursday.  He said that elements of Houthi militia supported by Iran “do not make even 1-3 percent of the Yemeni people” and yet they want to impose a regime similar to that of Lebanon’s Hezbollah.

Al-Malki said: “The Iranians are taking Yemen as an experimental field for ballistic missiles and drones. They have attacked Abha International Airport with kamikaze tactics with Iranian drones, fast boats threatening the red sea and Bab Al Mandab. They are supporting them with land-cruise missiles right now … they declared it in their media. They launched it against Emirates, however it failed.So we are facing a threat in the region other than achieving the strategic objective for the Yemeni people and to get back the legitimate government.”

Spokesperson Col. Al Malki: We are facing a serious threat in the region caused by the Iranian-backed #Houthi militias. pic.twitter.com/9DKfjt4nj5

However, Iran and Hezbollah deny their involvement in Yemen. The poorest country among Arabs is facing Saudi led air campaign constantly bombing on civilian areas for over three years. The Saudi-led coalition want Hadi to rule the country, who was considered to be a close Saudi Arabia and its allies. However, UAE has been trying to spread its influence through different tribes within the country.