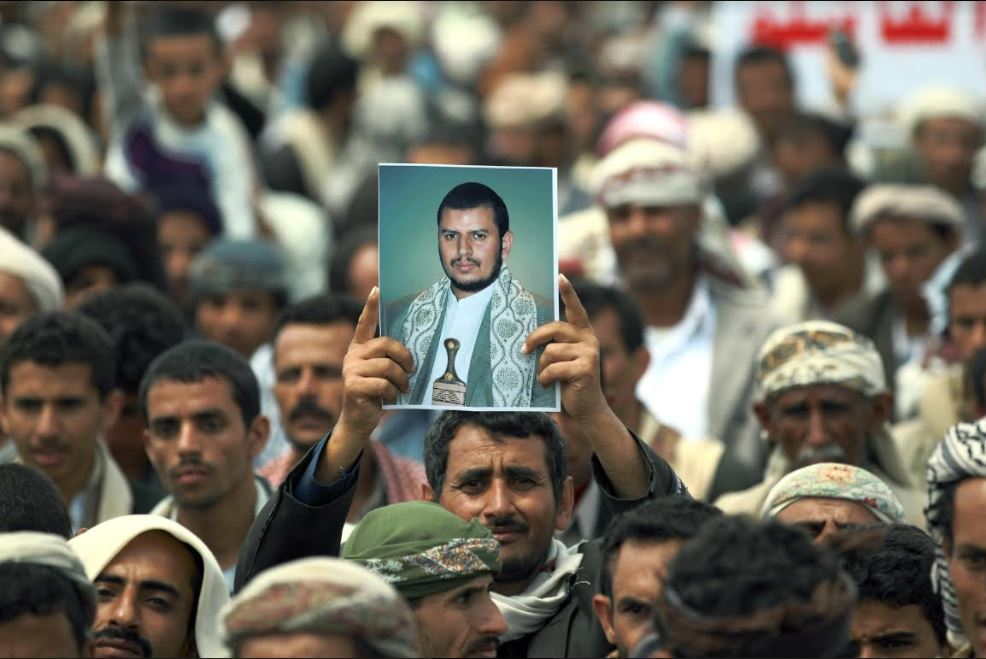 The killing of former President Ali Abdullah Saleh at the hands of Ansarullah militias of Houthis on Monday, after a few days of his announcement to start a new page with Riyadh indicates people’s hate towards US and its allies in the region. Slain leader’s son Ahmed Ali Saleh has called for revenge against the Iran-aligned group Houthi.

CBS quoted Houthi run Interior Ministry saying that Saleh had been killed in fighting in Sana’a and a video showing his dead body in a truck with gunshot wound on the head. Various sources have confirmed the death of the former ruler.

A Houthi media official Abdel Rahman al-Ahnomi told AP that Saleh was killed near Marib, the eastern province, while “He was trying to fell to Saudi”.

Saudi Arabia, on Monday unleashed a fresh wave of aerial bombardments against Houthi targets in Sana’a in an imminent effort to support Saleh’s forces.

He said that despite his pretense about being opposed to Saudi aggression against Yemen, Saleh, finally changed course and took sides with aggressor. Everybody was taken by surprise by Saleh’s sudden change. The fighting in Sana’a had worried people about security and unity in the country. Houthis asked “them” to stop warmongering and criminal activities.

“However, they declined our request and continued with their wrong pro-Saudi approach and ended up with blocking the capital’s streets,” said the Ansarullah leader. “They intended to do the same in other provinces and cities … but today, this plot was defeated very quickly,” he said.

Houthi alleged that there was “coordination between Saleh’s militia and the Saudi led coalition, which provided them with air support” in order to conquer Sana’a in order to end war in aggressor’s favour.

He noted that Yemeni people and their resistance with support of Houthi fighters were the main factors in defusing the aggressor’s conspiracy.

However, Houthi leader was cautious to stabilize situation by warning his own cadres against any act of retaliation against members of Saleh’s group saying Ansarullah will not allow such moves leading to create rifts in the society.

On November 5, Saudi Arabia had claimed to have intercepted and destroyed a ballistic missile near Riyadh’s airport. Houthi had claimed that the missile, they fired, reached to its destination.

Very next day, Saudi Arabia denounced Iran for providing ballistic missiles to Houthis for attacking its territories citing evidence that Tehran was behind the strike and labelled it a potential “act of war”.

On November 7, UN spokesman blamed Saudi-led blockade for preventing the world body from sending aid to war torn Yemen where seven million people have been suffering from severe malnutrition.

Houthi leader referred to a cruise missile attack by Yemeni forces at a nuclear installation near Abu Dhabi on Sunday saying, “We showed them that they must not underestimate our capabilities.”

He went on asking foreign companies working in Saudi Arabia and UAE to leave due to “our missile power”. Instead he advised foreign investors to invest in Oman, Kuwait and even in Yemen’s capital Sana’a if they seek more security for their investments.

Kuwait and Oman did not abide by Saudi Arabia’s “brotherly request” to cut their ties with Qatar in early June this year. Instead, Kuwait choose to put its efforts for “mediation” for resolving the crisis. Moreover Kuwait and Oman are considered to be maintaining friendly relations with Iran.

Saudi Arabia, UAE, Bahrain and Egypt had suddenly severed their ties with Qatar on June 5 this year. Riyadh had also appealed to other countries in the region to isolate Qatar. Later, the Saudi-led quartet put forwarded 13-point demands for Doha, among others, to cut its ties with Iran, closed down new Trukish army bases in its territory and close Aljazeera news network.

Houthi leader warned that as long as Yemen was not safe from their aggression, Saudi Arabia and UAE would be targeted with their long range missiles.

“I will lead the battle until the last Houthi is thrown out of Yemen … the blood of my father will be hell ringing in the ears of Iran,” Ahmed Ali Saleh was quoted as saying.

Ahmed Ali has lives under house arrest in UAE capital Abu Dhabi, where he once served as Yemen’s ambassador before joining Saudi Arabia to fight against Houthis.

Yemen is currently managed by National Salvation government headed by Saleh Al-Samad, the President of Supreme Political Council while Dr. Abdul Aziz Habtour is the Prime Minister of the country.

According to official news agency SABA NET, the national salvation government has been working hard to minimise people’s suffering due to ongoing Saudi-led coalition bombing campaign by providing health and emergency services and maintaining prices of the daily needs.

However, government in exile headed by Abdurabbuh Mansur Hadi based in Riyadh is recognised by the international bodies.

The Yemen crisis began after 2011-12 revolution against Ali Abdullah Saleh, who ruled the country for more than two decades. After Saleh left office in early 2012 as part of a mediated agreement between Yemeni government headed by Saleh’s former vice president Abdrabbuh Mansur Hadi and Houthi rebels.

Thereafter Saudi led coalition started bombing campaign against the poorest country in the region. More than 8,600 people have been killed and 49000 injured. Recently UN had warned of human catastrophe because of ongoing Saudi blockade.