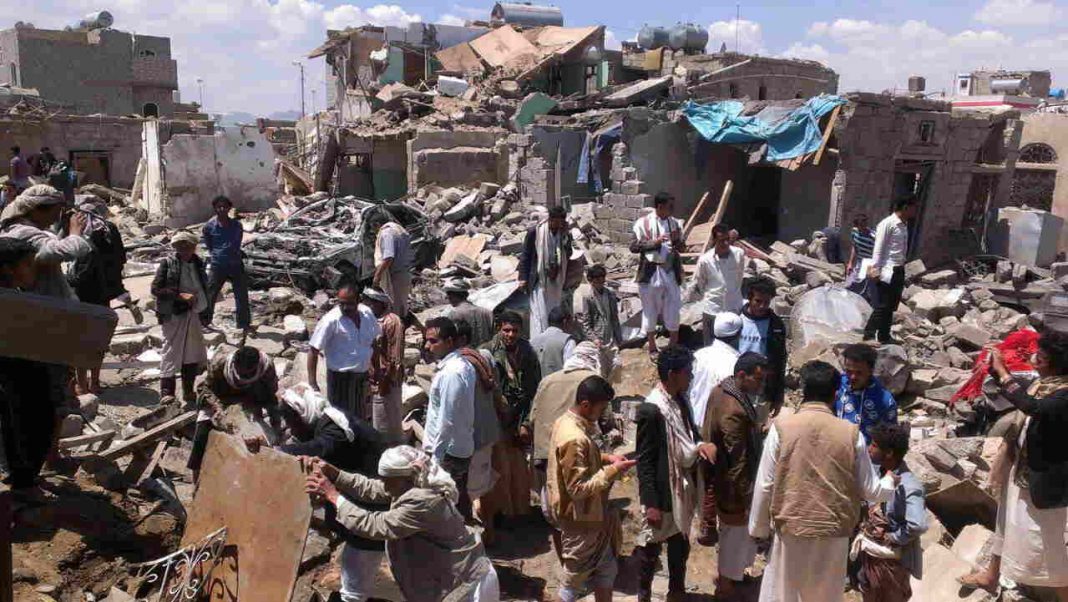 In a rare gesture towards the war torn Yemeni people, the victims of US supported Saudi Arabia led coalition’s ongoing bombing for more than two years, United Nations has warned that the catastrophic situation in the country is turning into a combination of the world’s worst humanitarian crisis.

The World Health Organization (WHO), UN Children’s Fund (UNICEF), and World Food Program (WFP) in a joint statement on Wednesday said that Yemen is grappling with “the world’s worst cholera outbreak in the midst of the world’s largest humanitarian crisis.”

It further said that 400,000 cases of suspected cholera and nearly 1,900 associated deaths have been recorded in the last three months. Vital health, water and sanitation facilities have been crippled by more than two years of hostilities and created the ideal condition for diseases to spread, the statement added.

“The country is on the brink of famine, with over 60 per cent of the population not knowing where their next meal will come from. Nearly 2 million Yemeni children are acutely malnourished. Malnutrition makes them more susceptible to cholera; diseases create more malnutrition. A vicious combination,” the statement added.

The Executive Directors of the WHO, UNICEF and WFP arrived in Yemen on Monday visiting the southern province of Aden and the capital Sana’a.

Meanwhile International Committee of the Red Cross (ICRC) has called on Western and regional countries to use their influence towards ending the Saudi led war on Yemen.

Peter Maurer, the President of ICRC, while visiting Sana’a, the Yemeni capital on Wednesday said, “Definitely we would hope that Western countries understand the deep crisis, the risk of this enormous crisis for international stability, for the stability of the region.”

He further said, “I came here to urge the international community to take action and step up its response to this outbreak, which is – let’s be very clear – a man-made outbreak. It’s largely the consequence of warfare and destruction of public services.”

The ICRC President urged the Saudi Arabia’s authorities to allow delivery of the aid supplies through Sana’a airport, which is under Houthi Ansarullah movement control. He said that the country’s health system is in shambles, salaries have not been paid for at least ten months, rubbish is piling up in the streets and hospitals, water stations and other vital infrastructure have been attacked and destroyed by the Saudis.

According to Yemeni sources, the total death toll caused by Saudi led war against Yemen has crossed 12,000, including many women and children.

Saudi Arabia, along with some of its allies, has been pounding Yemen since March 2015 in a bid to undermine the Houthi Ansarullah movement and reinstate resigned President Abd Rabbuh Mansur Hadi, who is now living in Riyadh, the capital of Saudi Arabia.

The Saudi-led coalition receives US arms and logistical support. It includes Egypt, UAE, Bahrain , Kuwait and Jordan. The same groups of countries, except Kuwait, are now engaged in isolating Qatar.