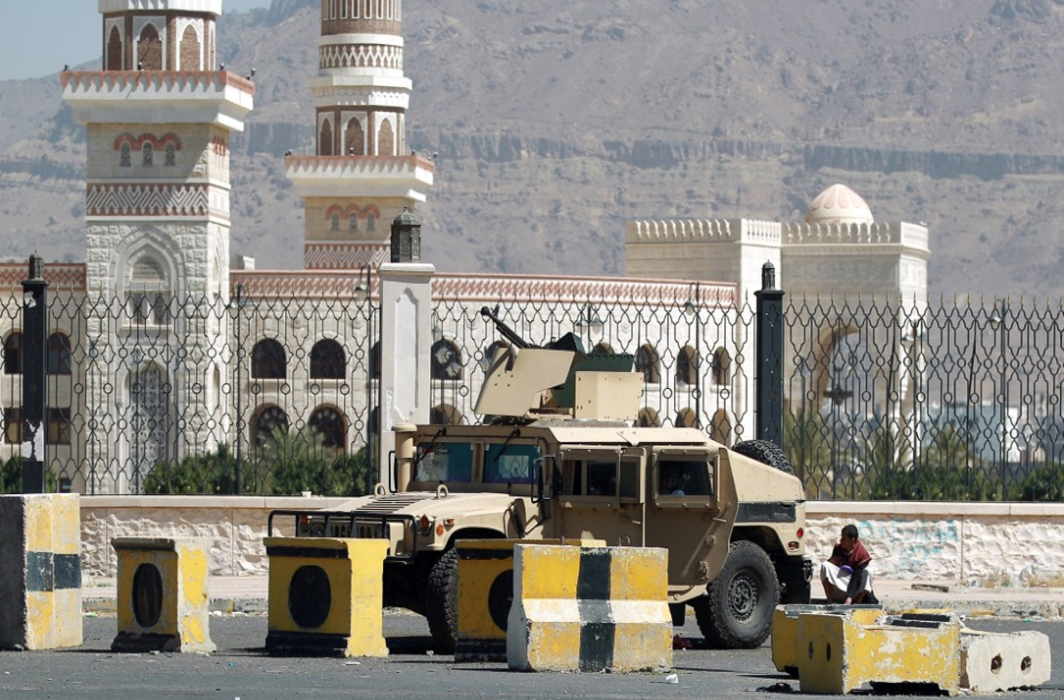 Houth led government in Yemen as condemned Saudi Arabia for “crime of targeting” the presidential office in capital Sana’a on Monday killing at least six people and wounding 90 others.

According to Al-Maseerah TV, the Human Rights Ministry, the National Rescue Government, the House of Representatives and Ministry of Public Health have condemned the attack by the Saudi-led aggression.

Yemeni news agency SABA, quoting a statement issued by Human Rights Ministry said that the non-distinction between civilian and military targets is a war crime and a crime against humanity.

The House of Representatives has also asserted that the “crimes of aggression” will not weaken the morale of the people, its army and popular committees, but rather increase their strength and determination.

Yemen’s Ministry of Health said that the crime resulted in 6 martyrs and 90 wounded, including students, considering these crimes confirm that this “aggression continues its crimes because of the silence of the United Nations”.

The residents have reportedly said they heard two explosions hit the building, which is located near a hotel, a bank and several shops, and not far from the central bank.

The Presidential office is currently being used by Houthi administration, which is normally bustling with employees.

Ahmed Dehashir, who works near the Presidential office, told AFP, “We were working next door to the presidential offices and heard a plane, and then an explosion. Some people rushed to the scene and saw the destruction and people caught under the rubble. We tried to dig out the dead and wounded from under the debris, and then there was a second strike.”  He also said that “There are a lot of people trapped under the rubble.”

The Saudi-led coalition launched a military intervention in Yemen in 2015 with an objective of re-installing the ousted government headed by Abd Rabbuh Mansour Hadi. Riyadh claims that Houthi Ansarullah rebels were being supported by Iran.

Hadi is heading a government in exile based in Riyadh. International community, including United Nations still recognise his government. However, Houthis claim of holding elections for the House of Representatives had have been running the day-to-day administration.

Meanwhile, Saudi-led coalition spokesperson Turki al-Malki has said that the attacks on Presidential Office in Sana’a came hours after Saudi Arabia’s air defence systems intercepted two ballistic missiles launched by the Houthi Ansarullah towards the south of the kingdom on Sunday.

He said the rockets were launched from northern Yemen towards “populated areas” of Saudi Arabia but were intercepted overnight without any casualties or damage.  Since November 2017 Houthi Ansarullah movement has intensified missile attacks into Saudi Arabia.

Since March 2015, the Saudi-led military campaign against Yemen has left nearly 10,000 people dead, tens of thousands wounded, and millions on the brink of famine in what the UN has called the “world’s worst humanitarian crisis”.

Meanwhile, residents of Yemen’s strategic Socotra island have on Monday staged a protest against UAE for “meddling in their domestic affairs” by deploying military forces there.

Earlier this month Abu Dhabi had deployed some 300 soldiers, along with tanks and artillery in the island amidst widening divisions within the Riyadh supported forces loyal to Abd Rabbuh Mansour Hadi.

Read More: Iran to continue support to people in Syria and Yemen

Socotra Island, home to some 60,000 people, is situated at the entrance of Gulf of Aden, where shipping traffic passes by on the way to the Bab al-Mandab Strait and Suez Canal, an important rout for reaching Mediterranean sea.