Home Latest india news Yoga belongs to everyone, everyone belongs to Yoga: PM Modi in Ranchi 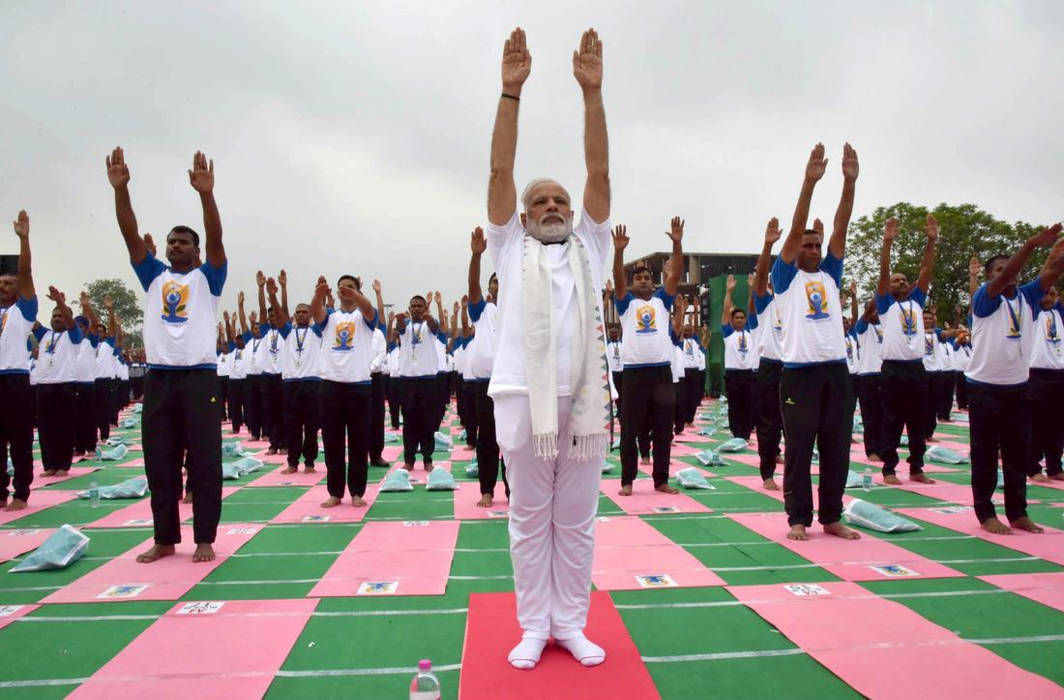 Prime Minister Narendra Modi today (Friday, June 21) said he wanted to make yoga an integral part of the lives of the poor as he led around 30,000 people in performing asanas at a massive event in Jharkhand’s capital Ranchi while attending fifth International Yoga Day celebrations.

“Diseases make a poor person poorer; I want to take yoga from cities to the villages, to the jungles, to the poor and the adivasis (tribals),”PM Modi said.

He also added “Yoga belongs to everyone and everyone belongs to Yoga. “The Prime Minister said the government has been working to make yoga a pillar of preventive healthcare and wellness. Expressing concern that the youth was increasingly becoming vulnerable to heart ailments.”

He also stressed on the need to strengthen research on yoga. “Today when the world is accepting yoga, we also have to further research on yoga; we have to unite yoga with fields of medicine, physiotherapy, artificial intelligence,” he said.

Union Minister Smriti Irani posted pictures of her performing asanas with other participants at an event in Bijwasan in Delhi. Newly-elected Lok Sabha Speaker Om Birla participated in an event on the premises of the Parliament House complex.